APART FROM THOSE WHO COMMENT HERE AND THE SMALL MINORITY OF CATHOLICS WHO READ CONSERVATIVE, ORTHODOX BLOGS, HOW RAMPANT IS THE SO-CALLED CONFUSION IN THE CHURCH CAUSED BY POPE FRANCIS OR HAS HE CLARIFIED ANY CONFUSION AND SIMPLY BROUGHT IT INTO THE MAINSTREAM? 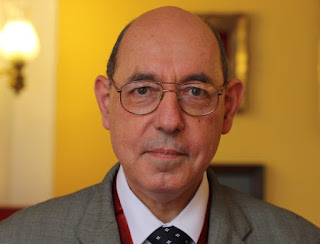 Edward Pentin has an interview with a theologian who  does not want to dissent from the Magisterium of Pope Francis but rather resist innovations that he considers heterodox. But none of these positions of Pope Francis, as disturbing as they are to the orthodox, are in the realm of being infallibly declared, they are more like opinions like the theology of Limbo for unbaptized babies which one can resist and be in good conscience or resist the idea that this limbo doesn't exist.

You can read Edward Pentin's interview by pressing the title:

How Should Catholics Respond to the Pope’s ‘Paradigm Shift’?

Chilean author José Antonio Ureta believes faithful ‘resistance’ to destructive innovations is a necessary act of charity.
Here is one sound-byte from the interview, do you think what Ureta says is true for the majority of the 2 billion something Catholics in the world:
I  think a lot of people — ordinary, good Catholics — are distressed with all the changes they see with this papacy. They are perplexed, they are confused, and they don't know what to say, what to do. And so some of them say: “Well it’s the Pope or the bishops who are the leading magisterium so we have to follow. I don’t understand, but I will follow.” Others are getting so distressed that they say that all this is just pure heresy, and so if these are heresies he cannot be the Pope. Then they put one foot at least on this very slippery slope of sedevacantism which is no solution at all.
Posted by Fr. Allan J. McDonald at Thursday, July 05, 2018

When Francis initially allowed for sacrilegious reception of communion by public adulterers, one of my co-workers, who is a liberal, but devoted Catholic, came to me with questions about this situation. She was upset because her sister, who is divorced and "remarried" had sacrificed quite a bit personally to uphold Catholic sacramental discipline. Francis's actions struck my co-worker as troubling and offensive to people who had tried to comport with Catholic teaching.

This same co-worker later asked me about people who think that Francis isn't the pope -- she didn't know there was a term for it. I gather that she gives little attention to the day-to-day utterances of Francis. She has her parish, and that is her primary connection to the larger Church millieu.

I should note this person played a prominent role in calling for the deposition of the bishop of this diocese (a deposition which ultimately took place), so she is somewhat involved in the local Church.

The problem with such small numbers participating is that relativley small activist groups within a parish have more leverage than they would if more attended and participated. I think that many a priest resists the EF in hopes the troublemakers will leave his parish to establish a new one in one of the growing number of shuttered churches and be out of his hair. This consolidates the concerned people into essentially the one voice of the traditionalist parish and keeps them from spreading their traditionalist ideas in the “normal” parishes. So the bishop can point to a single input or concern from the local FSSP group and hundreds of other contented parishes who don’t care about this sort of thing.

The 'paradigm shift' occurred in the 1960s when a 2000 year old supernaturally-oriented institution, which was the most solid and venerable pillar of civilization, was transformed almost overnight into an organization in which every form of disorder and disorientation in the fields of faith, morals, authority and worship was not only tolerated but encouraged. Despite some attempts at damage-limitation by JP II and B XVI this remains the case today.