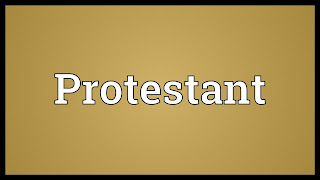 Music AT Catholic Mass rather than the Chants OF the Latin Rite Mass has been the path to the degradation and yes, corruption of our Latin Rite for the past 55 years.

The same is true of Anglican Chant, which is stunning, but out of place in our Latin Rite as is also true of Lutheran Chant which is quite lovely.

But what about filler hymns and anthems sometimes filled with devotion sentimentality? Catholic devotional sentimentality, drippingly so, would be English Marian Hymns and Christological hymns appropriate for public devotions but not so much for Mass although these would be better at Mass than many similar type Protestant hymns with Protestant dripping, sappy sentimentality, such as Amazing Grace, How Great Thou Art, The Old Rugged Cross, In the Garden, etc. These simply promote Protestant devotional and theological identity when sung in the Latin Rite Mass and erode Latin Rite Catholic identity when used in the Catholic Mass.

It's ironic that the practice of singing non-liturgical vernacular hymns at Mass as a matter of routine dates from the mid-1960s, just as Bugnini's Consilium was reprobating he practice on the grounds that in the reformed liturgy the faithful would be able to sing the liturgical texts pertaining to them.

We all know why it happened; the transition from a Latin Mass to an all-vernacular one happened with astonishing rapidity (a little over two years, from 1965 to 1967) and there was simply no time to compose suitable music for a vernacular liturgy. Fifty years on, and we're still struggling with it.

At the offertory this morning we sang - wait for it - the Offertory!

This is a bit of a tangent. Due to the heat our schola takes a seasonal break starting in July until September. Interest in the chant has caused the membership of the group to increase so that we will need to expand the loft to hold them all. Do make room for them we will push the organ back through a false wall. While surveying the area behind the electric organ I found the entire bellows system and the full set of pipes for the previous pipe organ still in their stands, clean and playable. We are giving them to another parish with more resources to restore a functioning pipe organ. I was relieved we found someone to take the entire set of pipes.