WHEN WILL THE 1962 ROMAN MISSAL AND THE CURRENT ORDINARY FORM ROMAN MISSAL BE REPLACED WITH ONE MISSAL FOR THE LATIN RITE CHURCH? AND WHAT WILL THAT MISSAL RESEMBLE?

Vatican II and its document on the liturgy did not call for this: 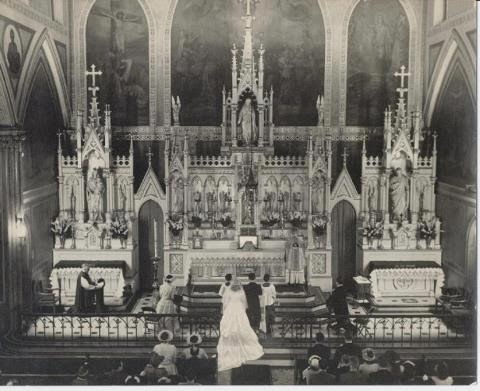 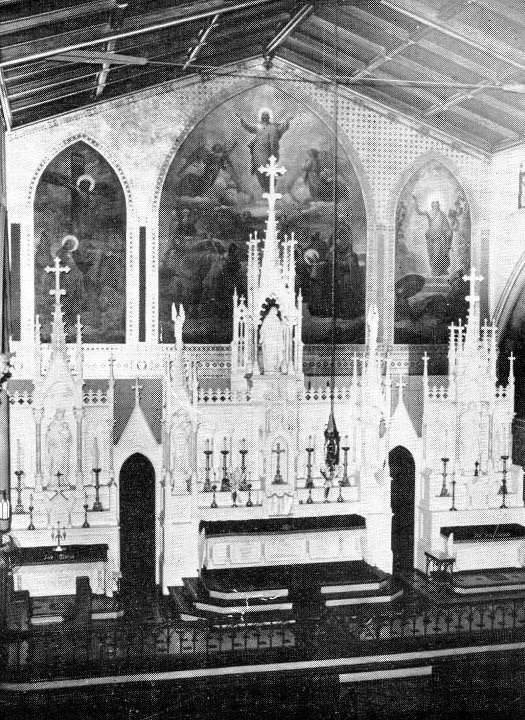 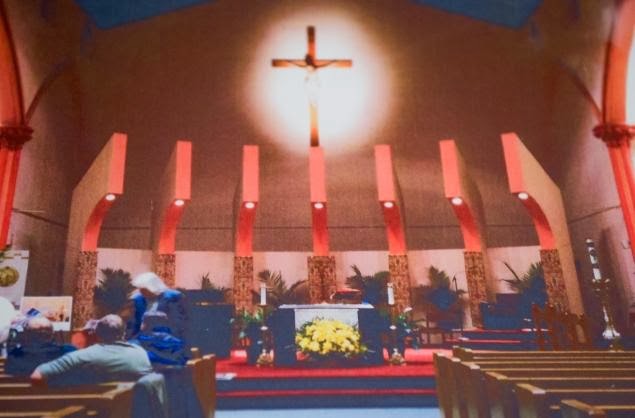 I don't and won't get hysterical over Cardinal Sarah allowing the Solemn High Mass in France to have the Scriptures read in French and facing the congregation. It is an organic development. The only thing I would fault in the Solemn High setting is that the Epistle and Gospel were not chanted in French but merely spoken.

But this leads me to the hoped-for "new" Roman Missal that is an organic development rather than a contrived one that so many say the 1970 Ordinary Form Missal was, contrived.

Having the EF Mass celebrated regularly helps us to look at Sacrosanctum Concilium again and make the minor adjustments to this Missal that it called for.

1. More lavish amount of Scripture for the Mass of Catechumens (Liturgy of the Word)

We need to look at what was not said as well in any reform of the Roman Missal and backtrack:

1. there was no call for standing for Holy Communion and receiving in the hand or from the common chalice.

2. There was no call for the Mass facing the congregation

3. There was no call for renovation and stipping of existing churches to accommodate a new ecclesiology

4. There was no call for laity to be involved as lectors and Extraordinary Ministers of Holy Communion (although I'd like to know what happened in parishes where Father due to health issues couldn't distribute Holy Communion and there weren't other priests)

Hopefully, never. That is the destruction of the older form and leaves the newer one as the sole survivor to return to its prodigal ways. Your suggestions to revise the NO are good, although many would howl in protest. The ‘62 needs to stay as it is so the NO will have some measure of how far it wanders.

In the last picture it would not seem out of place for a performer behind that conference like table to say: "Hey, J's a good buddy of ours, so let me talk about him."

"I don't and won't get hysterical over Cardinal Sarah allowing the Solemn High Mass in France to have the Scriptures read in French and facing the congregation. It is an organic development."

I see no reason to assume that Cardinal Sarah was consulted about the readings, and hence wouldn't either blame or credit him. Ordinarily the local organizers handle the details in planning these international Masses, and visiting celebrity celebrants regard themselves as servants (rather than masters) of the liturgy as planned. Witness the range of liturgical atrocities that both John Paul II and Benedict XVI allowed themselves to be subjected to in visits to various countries.

The eldest daughter of the Church has never really had a "say the black, do the red" toward the Roman Missal (in any form), and the substitution of vernacular readings is a "French thing".

As for this particular instance being an "organic development", I assume you wrote that with tongue in cheek, wondering whether anyone would take it seriously.

Just like Communion in the paw and "altargirls" were "organic" developments.

The reason we have two rites is that Paul VI decided to impose a new rite, fabricated by a committee of 'experts' in a mere five years. One of its fabricators, Louis Bouyer, described it as 'l'avorton que nous produisîmes'. It is unsatisfactory for a number of reasons.

The idea that the two rites we now have can be merged into a third is certainly not 'organic development' and is an example of MJK's apples and oranges. In the first millennium there was indeed a cross-fertilization of Roman and Gallican usages (which gave us Gregorian Chant as we now know it) but the idea that there should be one missal for the entire Latin Church has never been part of liturgical tradition.

In a sense Paul VI's attempt to impose uniformity might be seen as a break with tradition. However, the fact that his new Mass gives so much scope for options, can be celebrated in a babel of tongues and be freely adapted to non-Western cultures, hardly makes it a uniform product.

Papal authority used (or misused) to impose non-uniformity? Quite a paradox.

Pius X's revision of the Mass at the beginning of the 20th century consisted of removing some of the clutter which recent popes had imposed on the Roman Rite. It did not alter the rite itself.

Father, your proposed changes would be a vast improvement to the novus ordo, but I say keep the 1962 missal for the EF.

If I could attend the EF weekly, I would. Most OF masses feel like kindergarten masses by comparison.

While I prefer the Latin lessons, I wouldn’t have a problem with vernacular ones as long as they were chanted. That, I think, is the bigger problem.

'Dominus vobiscum' can mean 'The Lord be with you' or 'The Lord is with you'.

'Sursum corda' (since 'sursum' is an adverb) is not an imperative. A better translation would be 'Let our hearts be on high'.

'Habemus ad Dominum' cannot be the perfect tense in Latin, which does not have an auxiliary verb. 'Habemus' is present indicative active. 'We hold (them) to the Lord'.

There is therefore no reason why the celebrant should turn to the people at this point.

Another point. The chant for the Pater Noster is one of the oldest he have. In 1965 the people were told to sing it along with the priest, which still happens in the Novus Ordo. Yet anyone who knows about chant will tell you that 'sed libera nos a malo' is a response to 'et ne nos inducas ad tentationem'. From the earliest years of the Latin liturgy the Lord's prayer was sung by the priest alone.

Not that the fabricators of the NO cared two hoots about that. They used archaeologism when it suited them, and innovated when it took their fancy. That is why Paul VI's Mass is a house built on sand which in two to three hundred years will be totally forgotten.