THE PROPER EQUILIBRIUM FOR HONEST TO GOD CATHOLICS WHEN IT COMES TO POPES! 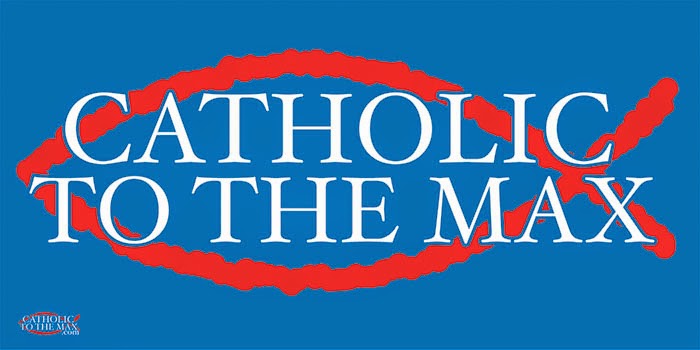 Dr. Jeff Mirus gives a very good reform in continuity proper understanding of Catholics to the Bishop of Rome or in a less formal and more colloquial or familiar term our "papa" as Italians refer to him or pope in English.  By reform in continuity, we try to avoid the shrillness of progressives of the rebel against all authority, religious or secular, of the radical 1960's. Rather than be like them and their post-Catholic response to Blessed Pope Paul VI after his magnificent encyclical, Humanae Vitae, honest to God Catholics embrace the pope but always recognizing that one follows the pope and submits to the Supreme Pontiff as Catholics only in the areas of faith, morals and Church law (canon law). As far as the Faith and Morals of the Church, there is nothing hidden. The pope, whoever His Holiness might be, cannot make new teachings up out of whole cloth.

Pope Francis brings to the Church as Dr. Mirus indicates a new perspective that goes beyond the categories of conservative or liberal. He phrases some of his teachings in ways that are confusing but there is no confusion in the teachings of the Church as illustrated by the Catechism and the Deposit of Faith. I think we can be critical of Pope Francis when His Holiness is not clear and certainly he has clarified things after outcries, especially after the silly rabbits comment.

Pope Francis is Italian and a personality defect of some, or shall I say many Italians is an ability to talk to much without proper nuances. Pope Francis may be of the talking too much school of Italian culture.


On Pope Francis: Getting our heads out of the sand

Every few weeks (or perhaps every few days), Pope Francis says something that annoys or even appalls those who like their Catholicism neat and tidy. Pope Francis seems to enjoy not only shaking things up (which he has admitted) but speaking colloquially, and therefore with less theological and pastoral precision than might otherwise be the case. My readers know that I don’t think this is nearly as dangerous as many do, nor do I think Francis is attempting to push the Church in an unacceptable direction.

Maybe I’m right and maybe I’m wrong, so I’ll restate my opinion in a single paragraph and move on. I don’t think Francis thinks in the categories of left and right, liberal and conservative, that so many Western Catholics use as a kind of ecclesiastical shorthand to categorize conflicts over doctrine, liturgy and moral principles. Rather, I think Francis takes Catholic faith and morals for granted, but is really fed up with clericalism and formalism (call it systemic rigidity or riskless ministry) which prevents the Church (in her members) from being profoundly evangelical and constantly engaged in sacrificial service to those who are materially, morally and spiritually poor. This does lead to misunderstandings, but those misunderstandings are at least half due to our own inadequate categories of reflection.

Again, maybe I’m right and maybe I’m wrong. Either way, the result among conservative Catholics is surpassingly strange: Many people who regard themselves as in possession of the fullest, deepest and securest form of the Catholic faith are perpetually in a spiritual panic. When it comes to the Faith and the Church, they think the sky is falling.
But the first principle of the Faith and the Church is that the Catholic sky cannot fall. Thus we perceive a massive disconnect. It calls into question our spiritual self-knowledge.

A Case in Point
Today we posted a news story covering Pope Francis’ blessing of the British youth who were gathered for a Flame 2 Conference in London. The message was delivered by the Apostolic Nuncio, who quoted from the Pope’s January address to youth in the Philippines:


In the challenge of love, God shows up with surprises.... So let yourselves be surprised by God: Don't be afraid of surprises, afraid that they will shake you up. They make us insecure but they change the direction we are going in. True love makes you "burn life", even at the risk of coming up empty-handed. Think of Saint Francis: he left everything, he died with empty hands, but, with a full heart.... Let yourselves be surprised by God’s love, then go out and burn life….

Here the Pope’s passionate rejection of mere formalism is evident. The emphasis is on spiritual surprise, on the risk of insecurity, on openness to a change in direction, on a Christian passion that “burns” through life. This is quintessential Francis—and it is enough to give a “conservative” Catholic a bad case of the shakes.

Once again, my opinion is that this is mostly our problem, not the Pope’s. Therefore, when I hear endless criticism of every word out of the Holy Father’s mouth, and every act or non-act of his pontifical administration, by those who claim to be supremely knowledgeable and strong in their Faith, I am reminded of the axiom that orthodoxy and spiritual maturity are not the same thing.

Another Way to Process the Pope
It does not really matter if my opinion of the Pope is right or wrong. Plainly, it is a personal Christian responsibility to reflect on what our Supreme Pastor says and to make a constant effort to use what he says in a positive way, to examine and enrich our own spiritual lives. There is, of course, no harm and much good in praying for the Holy Father, explaining his words to others in the context of the overall mind of the Church, and making our concerns known to him in respectful ways.

But constant public criticism of the Pope, in which we put the worst possible interpretation on his words and actions, is more than merely scandalous and corrosive. It very often reflects a dogged determination to lead an unexamined life. Do we conservatives think this failing is restricted to culture-bound liberals? Frankly, it is a sign of spiritual immaturity for any of us to yelp each time a pope makes us uncomfortable, stubbornly refusing at least to try to penetrate the spiritual point he is making, so that we might apply it to our own lives.

This tendency is so marked that sometimes Pope Francis is excoriated simply for paraphrasing Christ. “Who am I to judge?” asks Francis. And, oh!, the outcry. But those who complain should not be able to read Matthew 7:1-5 without being stung by Our Lord’s use of the word “hypocrite”.

I already hear some readers saying “but, but, but”. Because of confusion, there will always be “buts”, and some of them will be legitimate. Nonetheless, a mature Christian will always seek to extract good from the Pope’s comments on the assumption that good is what he intends. The opposite assumption—applied to anyone without significant evidence—already represents a spiritual failure on the part of the listener. The bottom line is that, if we love God, we have not only the responsibility but the power to receive all things in a way that enables them to work together unto good (Rm 8:28).

We have a standing joke in my household. When I express an opinion about Pope Francis, my wife asks: “How long are you going to keep your head in the sand?” She is quoting my critics, who continually ask me this question. But I am convinced the shoe belongs on the other foot.

The first rule of Christ—and therefore of Catholicism—is that constant self-examination is needed to recognize and cast off the idols we make of our own conceptions of God. I read too many people who seem unacquainted with this wellspring of grace. Whatever may be said of the “real” Pope Francis, responding to his words first as an impetus to self-examination in Christ is a far, far better way.

In any case, the sky is not falling, and only the spiritually immature talk, write and act as if it is. There is certainly legitimate work to do. But Our Lord has already rebuked us for being “anxious and troubled about many things” (Lk 10:42).

"Once again, my opinion is that this is mostly our problem, not the Pope’s. Therefore, when I hear endless criticism of every word out of the Holy Father’s mouth, and every act or non-act of his pontifical administration, by those who claim to be supremely knowledgeable and strong in their Faith, I am reminded of the axiom that orthodoxy and spiritual maturity are not the same thing."

Trying to adhere to Catholic standards should not imply a lack of tolerance of others or even a sense of superiority. It reminds me of the ridicule one receives when being pressured to drink when you don't want to, or eat junk food. People are often blamed for the guilt others feel in their own hearts.


SSPX 'spokesman' : Theology of Vatican Council II is in agreement with the strict interpretation of extra ecclesiam nulla salus

Sorry Father, as much as I'd love to believe this about Francis, it isn't true.
If (and it's a big if) the proverbial sky does not end up falling, it will not be for a lack of trying on Francis' part, it will be because Burke, Muller, Pell, etc prevented it.

Yes, because no person is responsible for the things that they say...and leaving themselves open to a variety of interpretations is absolutely not the fault of the person trying to communicate the message.

This is certainly not to say that there isn't sometimes some projecting of problems by some people, certainly it does happen...but the primary person in control is the person doing the communicating.

I've found it much easier to ignore Pope Francis, rather than pay him any attention. I do tend to read Pope Francis in Spanish (his first language) rather than his English comments...which while making somethings easier, sometimes even the Spanish is a problem.

Really Pope Francis isn't all that horrible when sticking to the script...when he goes off the cuff is where all the problems start to begin....Keep him far, far away from reporters while on a plane, interviews with journalists, and most importantly, publish less daily fervelinos and all will be good.

MR, how can you possibly know it isn't true? If you're accusing him of being heterodox or heterical, then let me remind you that rash judgment is sinful -- even gravely so.