SAINT PATRICK'S HIGH ALTAR RESTORED TO USE! WHEN WILL THE BASILICA OF THE NATIONAL SHRINE OF THE IMMACULATE CONCEPTION DO LIKEWISE?

Saint Patrick's Cathedral in New York is undergoing a restoration that seems to be coming to a completion although scaffolding remains inside. However, at Cardinal Egan's funeral, the historic high altar was used and it appears to be the "new" altar as the faux one, or the one that had been placed in the chancel in front of it is gone and hopefully forever! 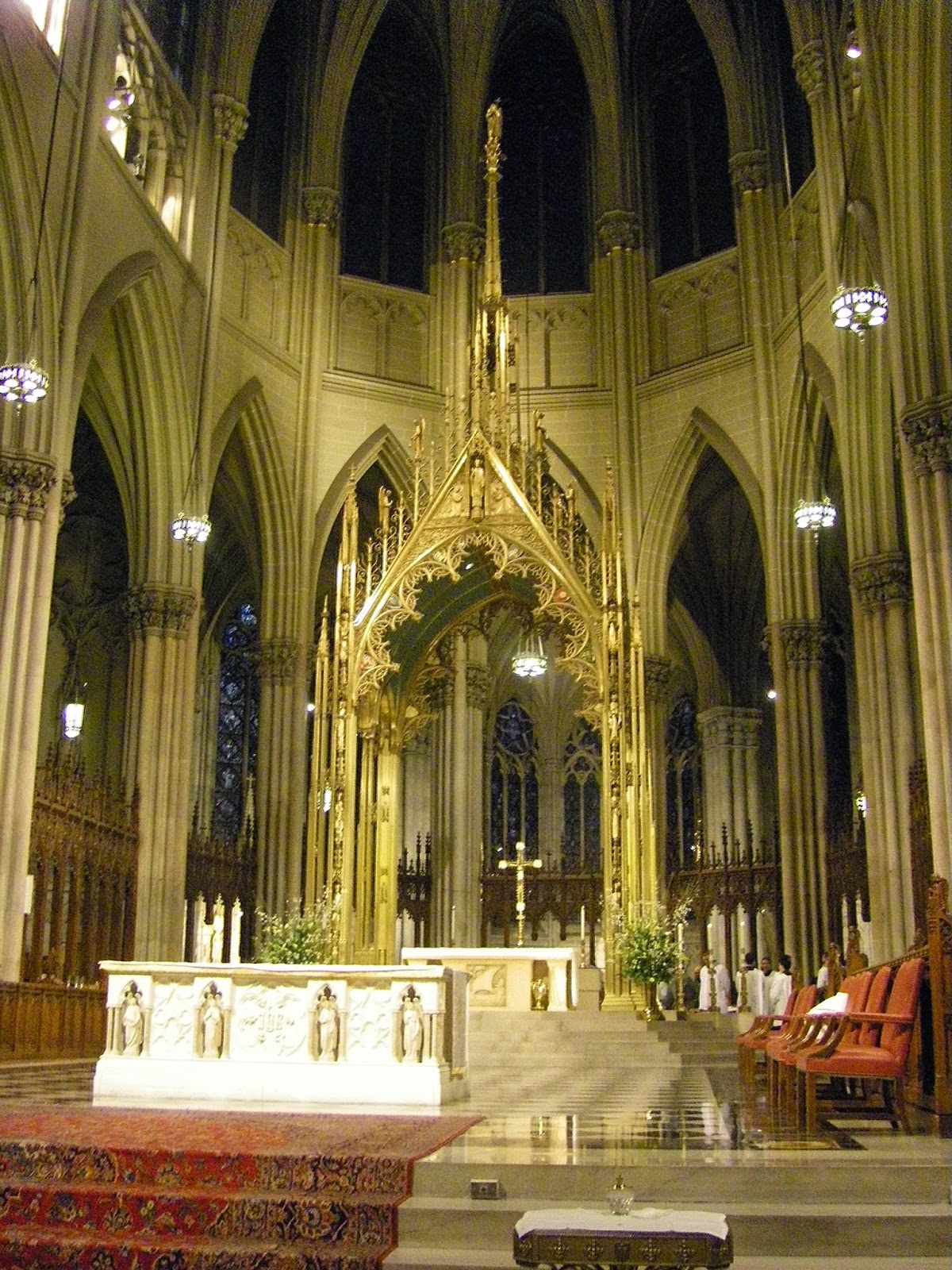 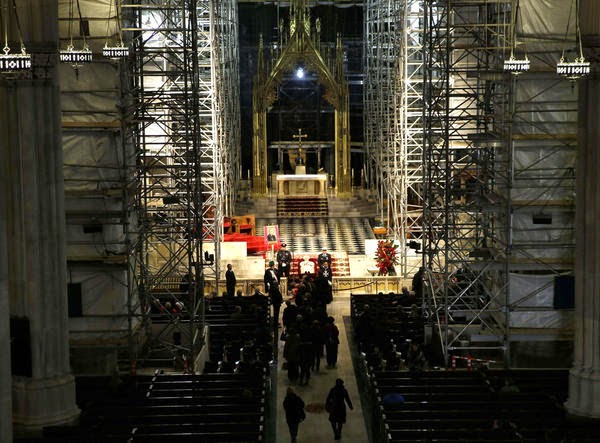 If only the Basilica of the National Shrine of the Immaculate Conception (TBOTNSOTIC for short) would do the same, but alas: 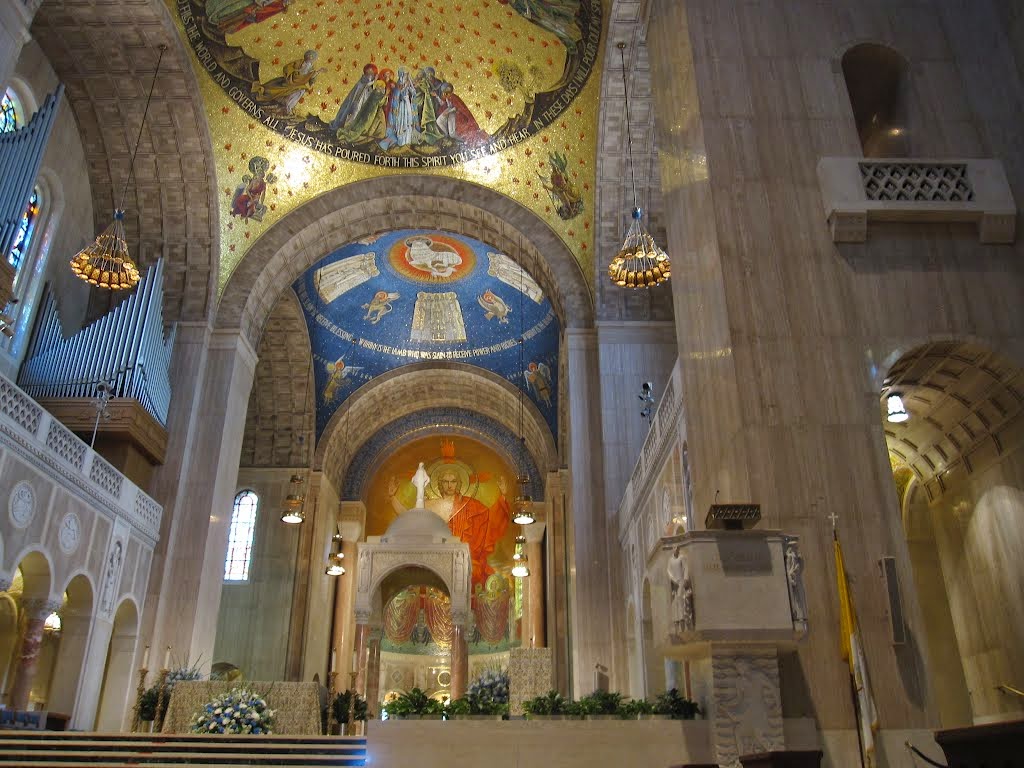 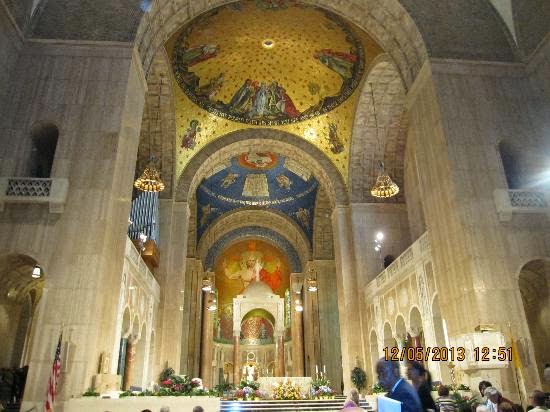 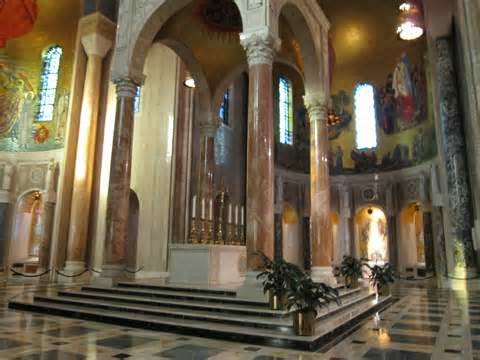 In the late 1970's I did attend an Easter Sunday Mass at the Shrine and the high altar was used and facing the people since it is based upon the basilican plan for altars similar to St. Peter's and the major basilicas in Rome!

Saint Patrick, that great British saint who rescued Ireland from paganism, lead the people away from themselves and towards the Father through the sacrifice of the Mass. It is fitting that the altar of this cathedral can now be used to visually turn "towards the Lord" during Mass, thereby leading the faithful away from themselves and into the awaiting arms of the Father.

They will remove the portable altar...either...a. When I become Archbishop or b. If I'm rector...but since neither are really possibilities....I don't think that altar will ever permanently disappear.