LITURGICAL ODDS AND ENDS--HOLDING THE CONTINUITY LINE AND OUT OF BREATH! 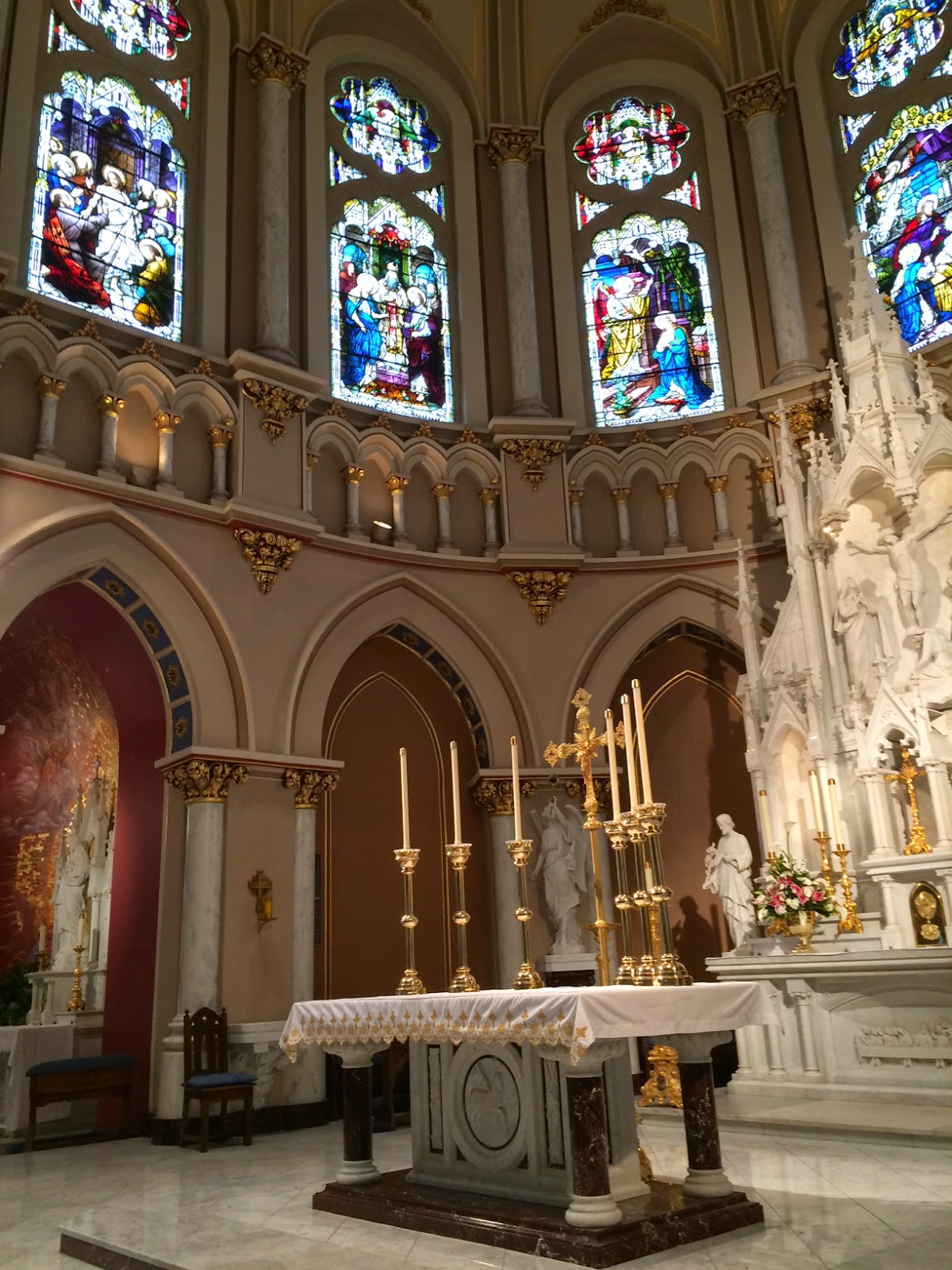 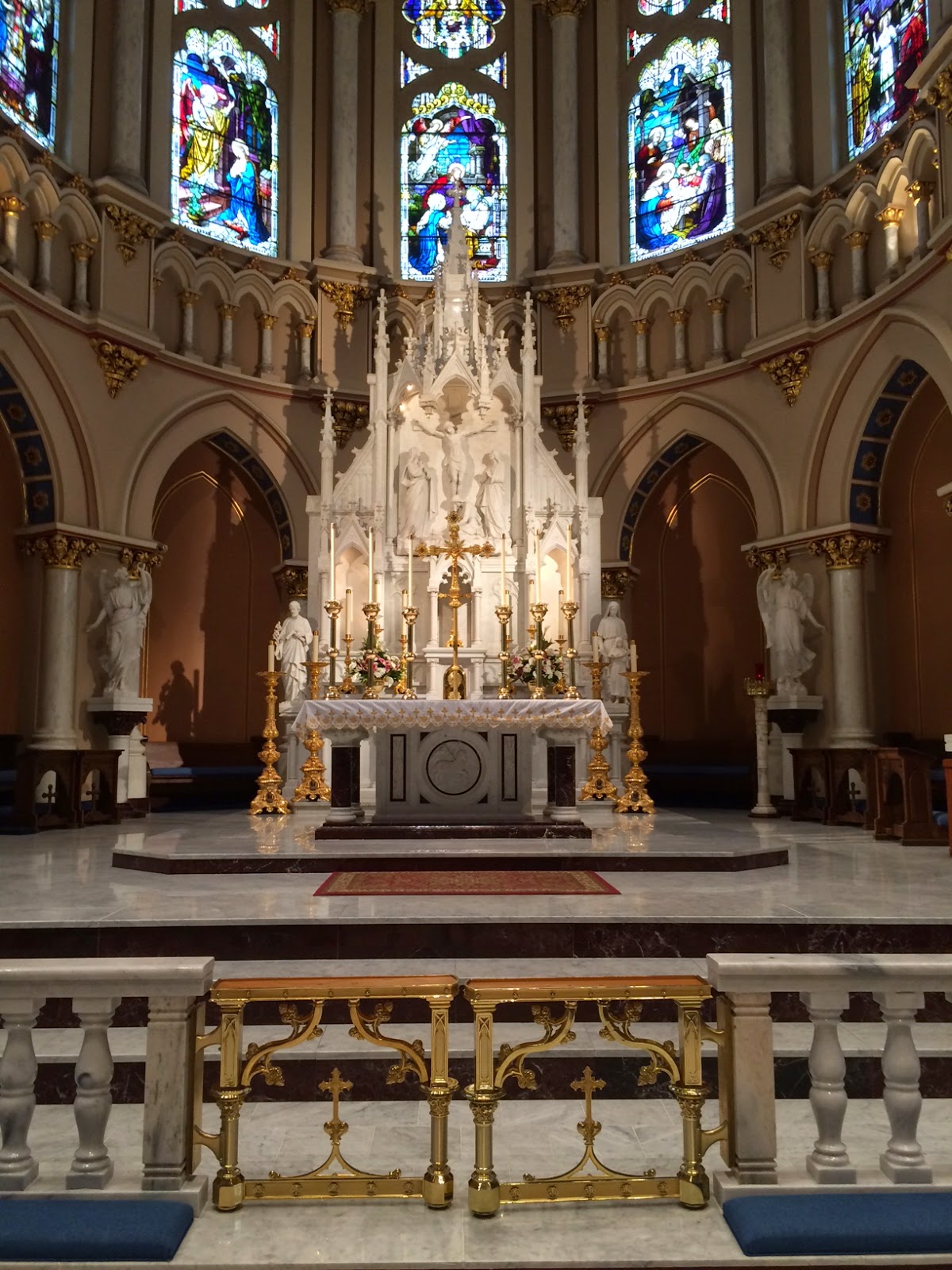 There is some good news coming from the Vatican's Congregation for Divine Worship. Cardinal Robert Sarah continues to emphasize the continuity between the 1962 Missal and the 2002 Roman Missal and the need for reverence and a sense of awe and wonder when celebrating the Mass which is a gift given to us not something we re-invent each time we celebrate it.

His most recent comment was made for Thursday Solemnity of Saint Joseph, Spouse of the Blessed Virgin Mary:


Catholic World News - March 19, 2015
Reflecting on the collect of the Mass for the Solemnity of St. Joseph, Cardinal Robert Sarah, the prefect of the Congregation for Divine Worship and the Discipline of the Sacraments, said in a brief article that the sacred liturgy is a treasure that is not ours, but something “received through pure grace.”
A humble attitude in the presence of this treasure leads priest and people alike to fulfill liturgical norms, he continued.
Guarding the sacred liturgy, Cardinal Sarah wrote, “does not mean remaining closed in the past,” but “maintaining sound tradition” and being open to “a legitimate progress.” Active participation in the liturgy, he added, leads to active participation in the life of the Church, including works of charity.

Then of course there are those who want to return to a revised English Missal that could have been published in 1998. While it isn't horrible, it is not literally faithful to the Latin text and in addition to that, the Latin Ordinary Form Mass underwent a revision post 1998 and was released in 2002.

The mantra from a minority of liberal academic, clericalized liturgists who have OCD is that we should  go backwards to the 1998 English translation. It is their pipe dream. But this is what one of the secretaries for the Congregation of Divine Worship said just yesterday too!


Catholic World News - March 19, 2015
The secretary of the Vatican’s Congregation for Divine Worship has ruled out any return to use of the English-language tradition of the liturgy that was used between 1998 and 2011.
Archbishop Arthur Roche told The Tablet that the new translation “expresses the unity of the entire Church.” He rejected the calls by some liberal liturgists for the return of the older translation.
The 1998 translation, widely criticized by conservative Catholics for its failure to adhere to the original Latin language of the liturgy, was revised by the International Commission on English in the Liturgy (ICEL) after the release of a new Latin Missal, and new principles guiding accurate translations.
Before taking his current assignment at the Vatican, Archbishop Roche had been chairman of ICEL, and supervised the production of the new English translation.

Then Crux has a piece on the controversies surrounding Communion in the hand or the tongue which you can read here.

In my estimation the only reason to return to a mandated Holy Communion on the tongue as is the liturgical norm at the Vatican although many don't follow that rule there is the following:

1. It will cut down (maybe not eliminate) the taking of the host for nefarious reasons and discarding our Lord on the floor, hymnal or the pew. I think almost every Catholic Church in the world where the norm is to receive in the hand has found hosts discarded in the Church and on the floor and everyone has seen communicants walk off with the Host for God only knows what purposes! We know for a fact some take it for Satanic rituals.

2. We need to recover the sense of the sacred and that our Lord is present in every particle no matter how small of the Consecrated Bread. Hosts leave small particles on the hands which most communicants are oblivious to and fail to take the proper care in consuming these or purifying their palm and fingers.

Finally, we had our EF High Mass for the Solemnity of Saint Joseph, Spouse of the Blessed Virgin Mary last night. We had over 200 in attendance.  Holy Communion was distributed at the restored altar railing. It is a wonderful workout for the priest. While I exercise almost every morning, many priests don't. Thus walking back and forth along the full length of the altar railing or if two are distributing, half length, gives us great exercise! I call that spiritual exercise! What more could a priest ask of the Mass and our Lord?
Posted by Fr. Allan J. McDonald at Friday, March 20, 2015

I think there is an error in the reporting of the 1998 translation. It may have been used illicitly between 1998 and 2011 but it was never approved for use by the pope, ever.

The only English translation that has been in use up until 2011 was the one that we received in 1970 that had some minor tweaking over the years. It was a dismal attempt ot refashion the theology and spirituality of the Latin Rite Mass into something altogether different and contributed to the banality of the revised Mass and the irreverence that ensued over the years since the revision of the Mass began.