OH, THE ECSTASY AND THE AGONY AND BIRD ON BIRD VIOLENCE TO BOOT, BUT SPRING LIKE WEATHER TODAY AND THE ATTACK OF THE WINTERY MIX TOMORROW DOWN SOUTH IN DIXIE! AND MY CLAIRVOYANCE ON 3/13/13!!!!!!!!!!!!!!

These bullies of giant seagulls and ravens use to hang out at the Pontifical College North American where I lived for 3 months, these same ones which attacked the two beautiful, domesticated doves that Pope Francis and the two children had just released at yesterday's Sunday Angelus! I recognize these bullies! And the Roman seagulls and ravens are some of the biggest I have after seen! For those with sensitive eyes, skip past these vicious birds to my text below! 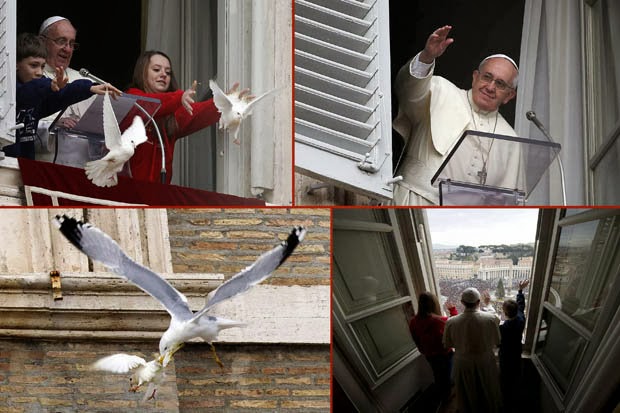 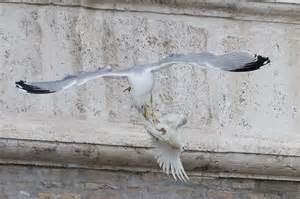 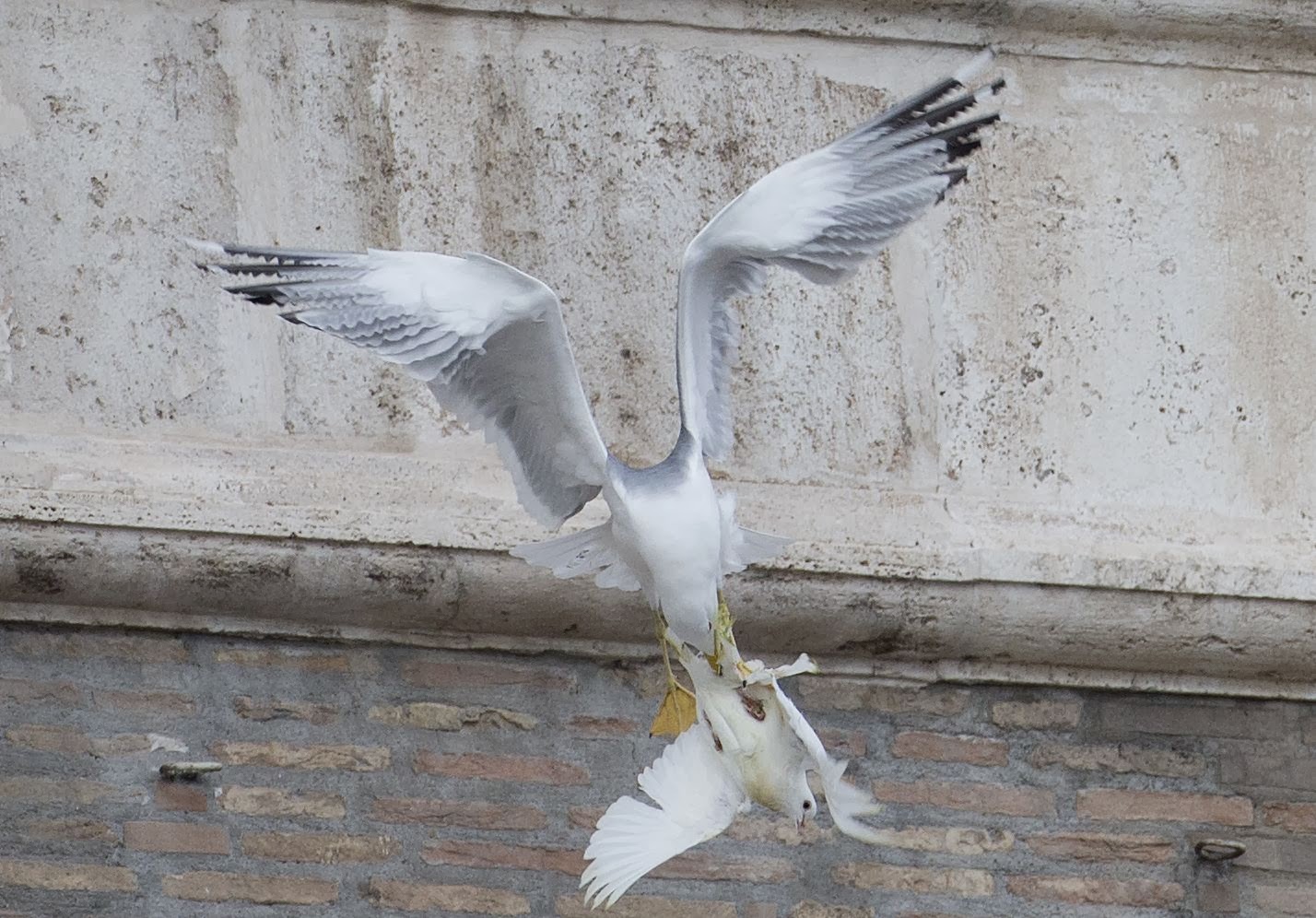 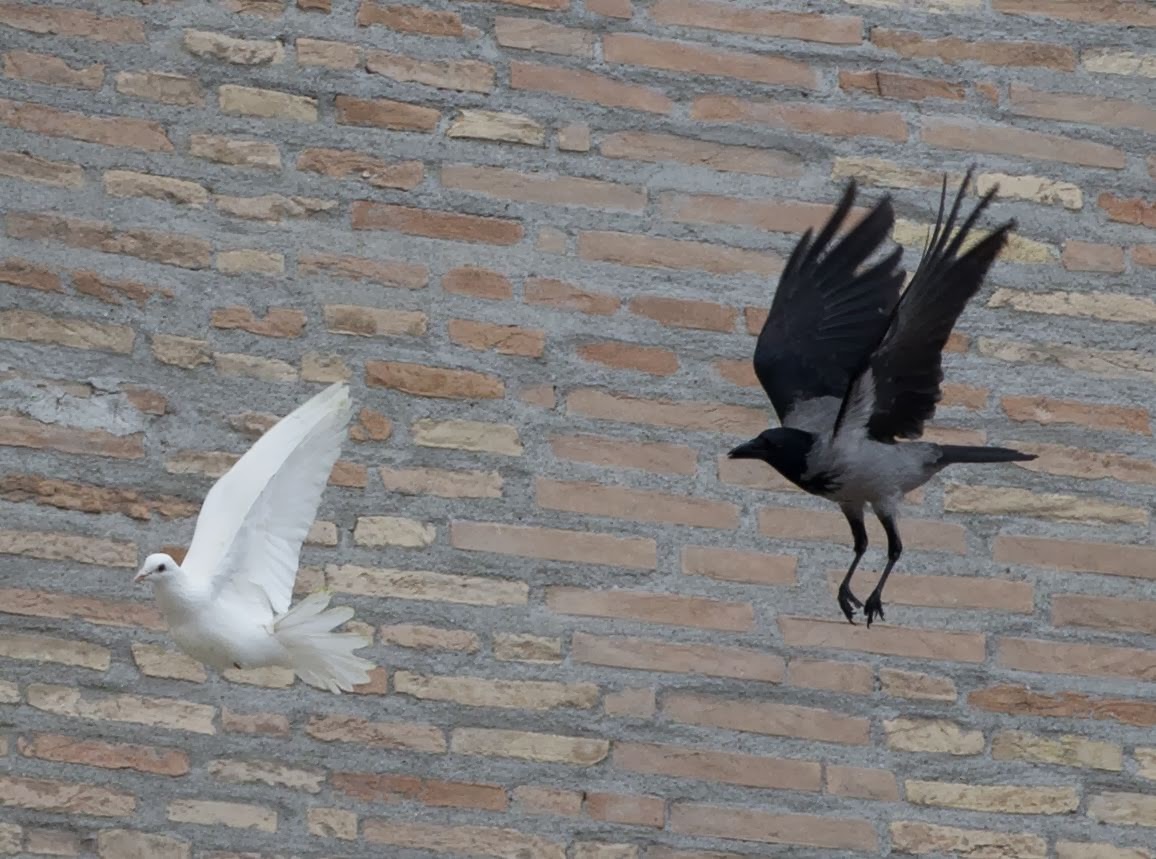 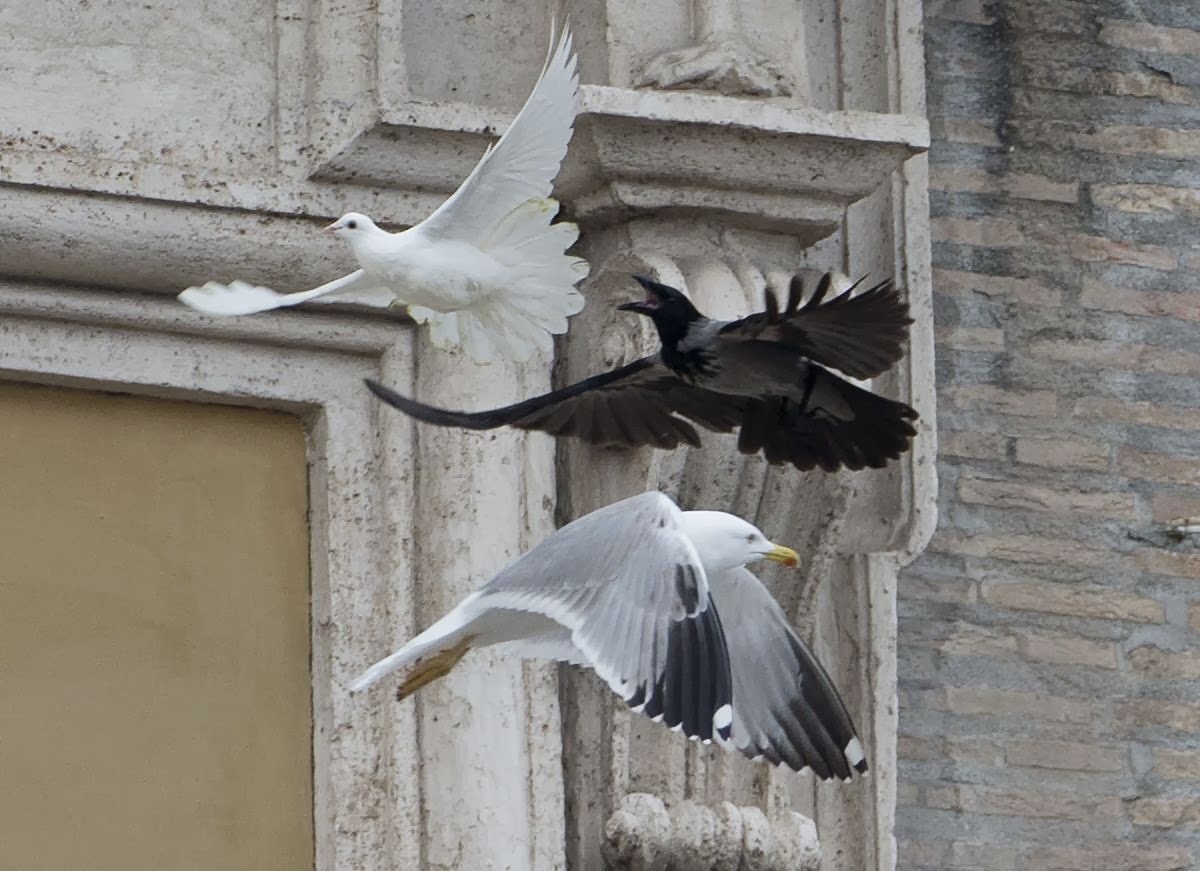 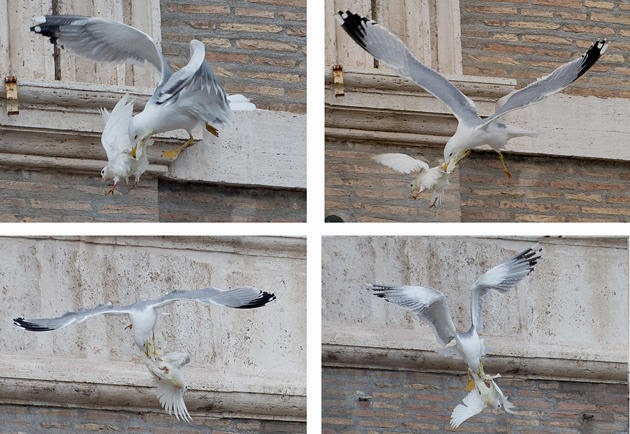 While I was in wonderful Roma for three months in the fall (and, btw, I still miss it) I saw first hand these giant, macho seagulls and ravens that are all over the place and especially like to hang out at St. Peter's and my place of residence next to the Vatican, yes, these same ones! I recognize these culprits! Remember the seagull perched on the chimney of the Sistine Chapel which led me to have a post on the religious symbolism of the seagull (and this was on the day that Pope Francis was elected pope!)? PRESS HERE TO GO TO THAT POST WHICH I POSTED ON THE DAY POPE FRANCIS WAS ELECTED (MARCH 13, 2013, YIKES THE THIRTEENS!) BUT PRIOR TO HIS ELECTION! AND THE RELIGIOUS LORE CONCERNING THE SEAGULL ALSO CONTRASTED IT WITH THE RAVEN OR CROW! AM I CLAIRVOYANT OR WHAT? BY THE WAY, ALSO LOOK AT THE COMMENTS THERE ON MARCH 13, 2013 WHICH HAVE A COUPLE EARLY IN THE AFTERNOON PRIOR TO THE ELECTION AND THEN SOME IN THE LATER AFTERNOON AFTER THE ELECTION! NOTE THE COMMENTS THERE THAT HAVE NOT STOPPED SINCE! WHAT A CLAIRVOYANT MOMENT IN THE HISTORY OF MY BLOG! 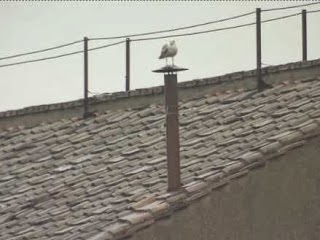 I watched yesterday's Angelus live and the Holy Father along with two young people released two "peace" doves from the Apostolic Palace window. The camera man did not follow what would be the horrible aftermath of a bully seagull of immense proportions along with a similar sized raven (crow) attacking these poor unfortunate domesticated peace birds!

Is there some kind of omen in this? I hope not given the strife in the world and the Church today all of which are focused on ideologies and the bullying of the various factions against one another.

On another note, I'm in Augusta today for my normal Monday day off. Today it is predicted that it will be above 65 degrees!!!! In Macon too! But tomorrow is another story. The giant bullies of the north are sending once again one of their polar vortexes to us poor southerners. And on Tuesday and Wednesday we will not have temperatures in the mid 60's but rather we will have the effect of the bullies encroaching upon us sending in a big attack of polar air. We will have a wintery mix of sleet and snow and the prediction is that we will have up to 3 or 4 inches of this mix!

Of  course, I can tell you that hysteria has already broken out in both Augusta and Macon and I am sure that plans are being made to close all schools (even today prior to any appearance of a snowflake) to prepare for the disaster that looms. I am sure all stores have been emptied already of all provisions to get us through this wintery mix catatrophe. You think I am using hyperbole? Think again! With the stress ball in hand, open and close your hand fully for 1 minute.
de Mille, Award-winning Hollywood director and acclaimed for the movies "The Greatest Show on Earth" and "The Ten Commandments".
This prevents accidents to the thumb as well as accidental gauging
of other people.