A REAL SNOW DAY IN MACON, GEORGIA! NO KIDDING!

Pandemonium in Macon last night and today with a blizzard of historic proportions! 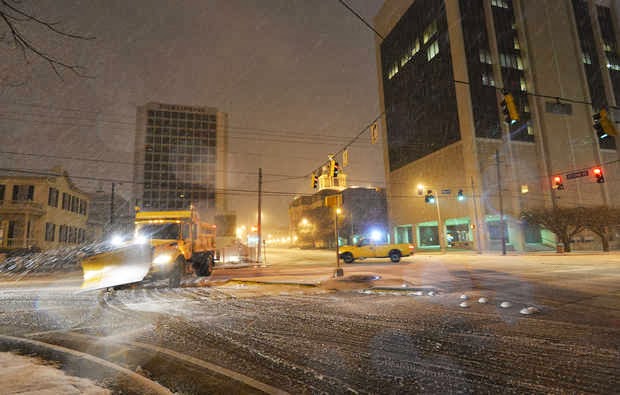 And this picture from the Macon Telegraph, taken in front of St. Joseph but out of sight to the immediate right of the photo: 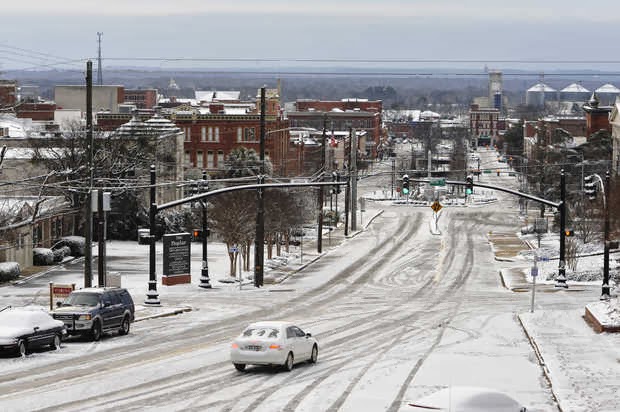 We had a blizzard last night! At least two inches of snow on the ground this morning. Macon is paralyzed not just in anticipation of such an event, but because of the actual blizzard last night.
Pictures to follow when daylight comes!

Had just settled [my] brain for a long winter’s nap,
When out on the lawn there arose such a clatter,
I sprang from the bed to see what was the matter.
Away to the window I flew like a flash,
Tore open the shutters and threw up the sash.
The moon on the breast of the new-fallen snow
Gave the lustre of mid-day to objects below,
When, what to my wondering eyes should appear,
[but a blizzard in Macon so dear!]

some photos I took just about an hour ago: 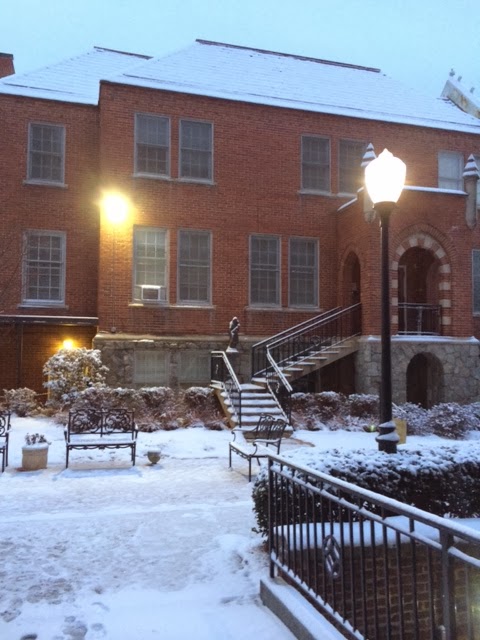 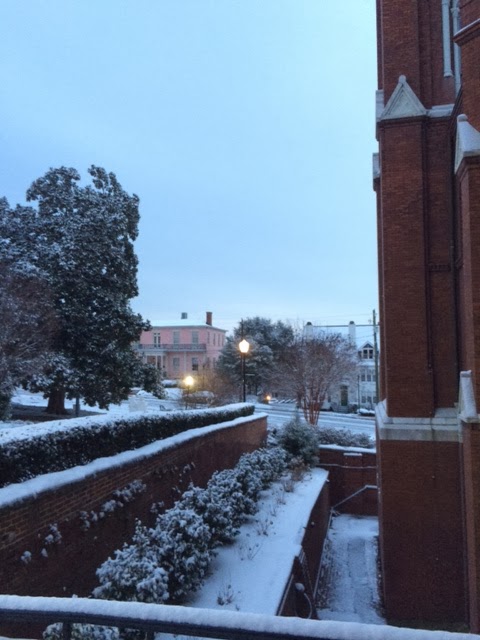 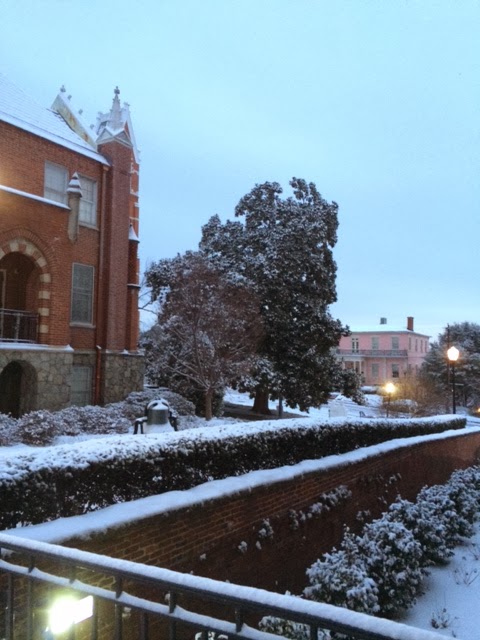 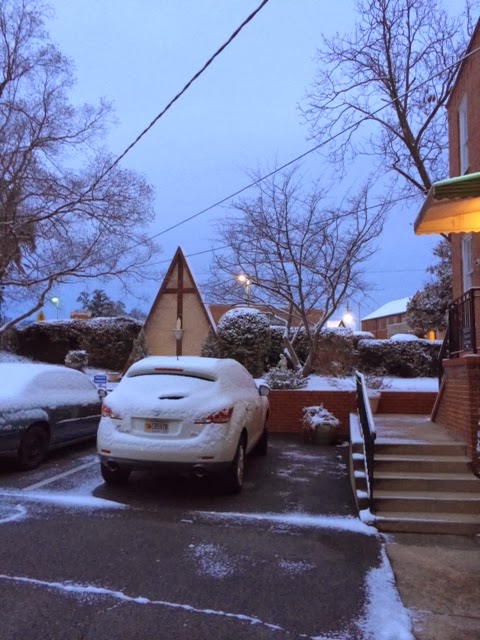 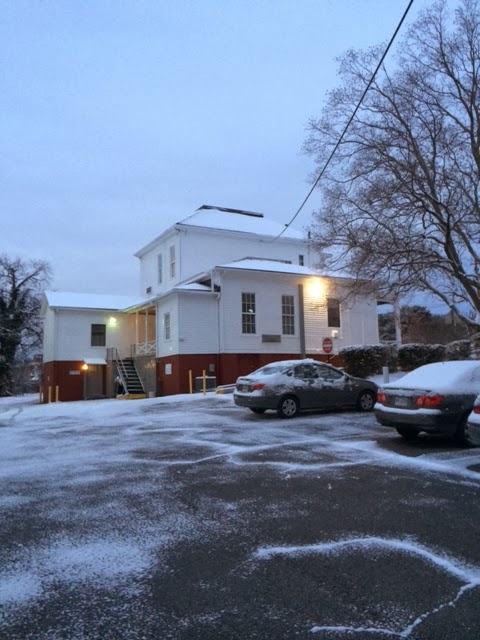 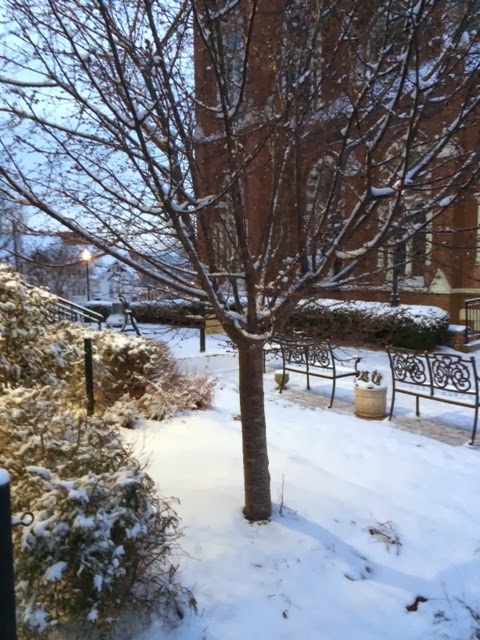 No more snow fall here, just -9 temps. Had jury duty and a late business meeting that I relocated to the neighborhood brewpub. People packed in to warm up and play trivia while we sampled a few local brews and discussed the future of our business. Went home and sat by the fire with the family. That was our winter storm.

Not everyone was as excited about the storm as you, Father...thousands of people in the South really suffered a lot, especially in Atlanta and Birmingham.
This pic from Macon made national news coverage:
http://www.nbcnews.com/id/54211494/displaymode/1247?beginSlide=1

Is there really any suffering? Seems more like inconvenience.

Snow. It's only a dusting. I'm watching the news and can't believe this is the same country that defeated the Nazi's.