DO YOU THINK SPIRIT OF VATICAN II CATHOLICS HAVE ANY CLUE ABOUT WHAT VATICAN II ACTUALLY CALLED THE LAITY TO DO? HELL NO! BUT DAN CATHY, A SOUTHERN BAPTIST DOES IT OUT OF BIBLICAL PRINCIPLES ALONE! WHY CAN'T CATHOLICS? 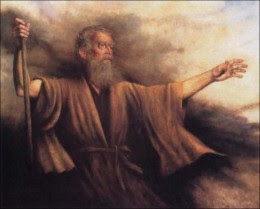 "I think we are inviting God's judgment on our nation when we shake our fist at Him and say 'we know better than you as to what constitutes a marriage' and I pray God's mercy on our generation that has such a prideful, arrogant attitude to think that we have the audacity to define what marriage is about" Dan Cathy, CEO, Chick-Fil-A

Yes, Dan Cathy, the CEO of Chick-Fil-A is a layman of the Southern Baptist Church. In his capacity as a layperson called to witness to His Lord and Church, he made the remarks you can read and hear above.

Dan Cathy did not need the Second Vatican Council to encourage him to take his faith to the market place. He knew that he had to do that simply from Biblical principles.

Yet how many Roman Catholics, called by the same Biblical principles and in addition to that, by the Second Vatican Council, to bring their Catholic faith to the market place would do what Dan Cathy has done?

Sadly, the mayor of Boston who I believe is a Catholic cannot do it. He is afraid and he is a coward and he is a Judas.

Roman Catholics in the northeast, Midwest and other progressive parts of this country need to understand one thing. They need to understand that true ecumenism means finding common ground with conservative, Bible believing Christians not with progressive liberals who want to deconstruct the Bible and the Church in order to be social engineers of an neo-pagan culture that is like the cult of the emperor in Roman times.

Dan Cathy understands very well the prophetic role of the Church and of that of the Old Testament prophets. His prophetic words have gotten him into hot water with those who hate Christianity, the Bible and traditional, conservative Judeo-Christian beliefs.

Dan Cathy is experiencing why Old Testament prophets called by God to be prophets resisted the call. They knew what would happen to them when they spoke God's truth to a progressive, non-believing world and the truth to God's very own people who had come to deny the truths of God by word and actions.

Catholics wake up. The Southern Baptists don't have a monopoly on promoting the truth and the prophetic messages of God!

Spirit of Vatican II Catholics, are you Judas or are you Jonah?
Posted by Fr. Allan J. McDonald at Thursday, August 02, 2012

Are you watching the Olympics, Father?

I haven't watched too much, although last night I watched the diving, which I really enjoy watching. I also like all the gymnastic things, but haven't seen any of that yet.

"Roman Catholics in the northeast, Midwest and other progressive parts of this country need to understand one thing. They need to understand that true ecumenism means finding common ground with conservative Bible believing Christians, not with progressive liberals who want to deconstruct the Bible and the Church in order to be social engineers of a neo-pagan culture that is like the cult of the emperor in Roman times."

You can add to that list many of the Catholics in this very diocese. About the only common ground I've seen Catholics around here reaching for with non-Catholic Christians is trivializing the sacraments and a deep love of birth control.

As a person living in the heart of the north, Long Island to be precise, I can attest to the cowardice of our church up here as compared to that of Macon and Baton Rouge. Our Bishop seems to be fairly aggressive in standing for what the church teaches but our pastors are loath to offend. Cafeteria Catholicism is alive and well and most Catholics here seem perfectly willing to partition their own minds when it comes to going to Mass v. standing up in the public square for what are moral absolutes.

Great post, Father! I agree that we should not be hiding our faith under bushel-baskets. Our catholicity should be obvious to everyone we meet.

It was a nice surprise to see Father Dawid at the Mass of Our Lady of the Angels on EWTN this morning! Will he be staying for the 50 year anniversary celebration tomorrow?

The Olympics...you mean that International Pharmaceutical Review/political propaganda debacle they spend billions on every few years? Nah...I view it sort of like I view that bicycle thingy they do in France every year...what is it...the Tour de Dope?

Just one more thought: I was recently having dinner with an older priest (late-70s). We were discussing recent ordinations in his order (OP) and he sneared when referring to the "new breed". That evening, prior to dinner, I had attended Mass said by this "new breed" and found it to be somewhat a combination of OF and EF in the OF context. My point in sharing is really to show how the older generation of priest in this case isn't cottoning to the "new breed" as he referred to it.....wonder why

That Mass may be airing at 7pm again tonight on EWTN...!
Thanks Carol for letting us know!

While I'm on it..priest of middle Georgia, that is...
The other night on the Journey Home newly ordained for Albany, NY was Fr. Michael Taylor. A non-denominational convert to the Church. He grew up In Warner Robins, and his first Mass was at St. Joseph in Macon...He described the church and hs experience quite a bit in the show...don't know the year, but it was probably after Fr. McDonald arrived. He was active at the Newman Center at UGA, became a Catholic, and is now a priest.

Excellent post, Father. I pray you are not a voice crying in the wilderness, but if you are, then you are in good company! St. John the Baptist suffered persecution for standing up against a faithless and perverse generation. Are we to expect less? The best we can do is to support and join our brothers and sisters who do so fearlessly; that is the true spirit of ecumenism.

by first Mass I meant one that he attended as a non-Catholic, not the First Mass celebrated by a newly ordained priest.

Gene, I have to agree with you about the four-yearly drug-fest. Speaking as a UK taxpayer the money wasted on it would have paid for an aicraft carrier with a couple of destroyers thrown in, which in a cruel and uncertain world we certainly have need of.

The Vatican says Vatican II did not invalidate past doctrines. "What was, still is." -Pope Paul VI (pope during Vatican II)
http://www.vatican.va/roman_curia/congregations/cfaith/documents/rc_con_cfaith_doc_20070629_responsa-quaestiones_en.html#_ftn4
The spirit of vatican ii is bad.