DOES THE ORDINARY FORM OF THE MASS HAVE TOO MANY OPTIONS? AND THE OPTION OF THE EXTRAORIDNARY FORM COMPLICATES THINGS TOO, DOESN'T IT? 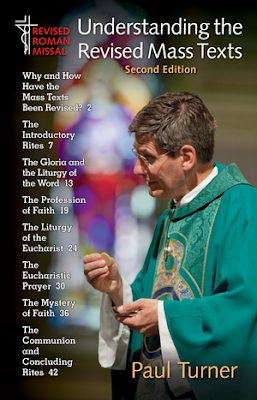 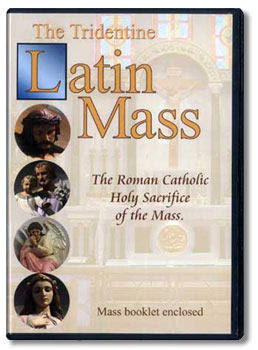 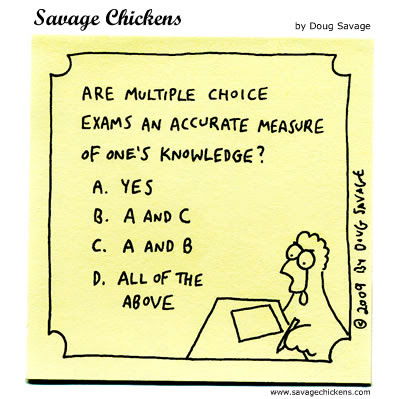 One of the things that many others and I like about the Ordinary Form of the Mass it that there are options. Some, though, say there are too many options.

I like the option of the numerous Eucharistic Prayers that are available as well as the prefaces. The Memorial Acclamation has three options. There are about three options for the Priest's greeting at the beginning of Mass, though I usually only use "The Lord be with You," because the other options are a variation of the Trinitarian formula and thus seem redundant to me if I've already begun the Mass, "In the Name of the Father and of the Son and of the Holy Spirit." I tend to like the options for the Penitential Act as well. And then there are the multiple choices for the Dismissal of the Mass.

The area of the liturgy that has the greatest number of options in terms of Scripture, prayers, prefaces and music is that of Nuptial liturgies and Funeral liturgies. In fact since the Second Vatican Council, priests are encourage to allow couples preparing for marriage to choose from the rich variety that is available for the Nuptial Liturgy. The same is true for those who are bereaved. They can choose prayers, readings and music from an approved list.

In the Extraordinary Form of the Mass, there are no choices for the Liturgy whatsoever, there is one option for Weddings and Funerals. This in a sense is the Extraordinary Form's "noble simplicity." Of course when things are in Latin exclusively, it is better to have no choices so that the missal the laity have can be followed without the laity having to figure out what choices have been made, especially at it regards the preface and Roman Canon.

But in the English Mass where people can hear what is going on and don't really need to follow in a Missal as with the Extraordinary Form, multiple choices do not present the same conundrum for the person in the pew in terms of knowing what is happening.

What do you think of all the options and if you were getting married or burying a loved one, would you like some say in what is chosen for the Nuptial and Funeral liturgies?
Posted by Fr. Allan J. McDonald at Monday, August 20, 2012

I have preferences for my wedding and funeral readings, and would appreciate those being followed. HOWEVER, you also need to keep in mind that, because there are choices, people will feel compelled to make those choices. If people had no say in the readings (as at the EF), they wouldn't mind at all! Think about it: has anyone ever made a demand over which Eucharistic Prayer should be used? Or what type of wine? No, because no one ever asked them! I'm sure it would be the same for readings and music, if we stopped perpetuating the idea that these are choices.

For example, when there is I funeral, I do not make the family choose the music - think about it, this is a very un-pastoral practice! Instead, I contact them and ask, do you have any specific requests for the funeral? Any hymns that were of particular importance to the deceased or your family? They name one or two, I pick the rest. Furthermore, at Communion is always sung the proper antiphon, "Lux Aeterna", and the ordinary is the Requiem Latin ordinary. No one asks, and no one complains.

They don't have the impression that they have options, so they don't expect them.

Excellent points all--we've created a monster (sometimes) where none need to have been created and I like your way of asking for one or two hymns. Perfect!

I find most families in grief very appreciative when they don't have to make too many choices regarding the Funeral Mass. The little booklet sometimes given to grieving families that contains every single choice of prayer and reading is usually overwhelming. And who gets to choose? Who will have the final say about the choices? This too can be an intrusion into family dynamics that are sometimes being held together by a thread at these difficult times.

My solution? I tell the family what Is usually done at a Funeral Mass. I tell them which readings are usually chosen and the hymns that are usually sung. (These have been carefully vetted by yours truly. No corny or trite hymns allowed.) If I know of a reading or hymn that fits the occasion a bit more then I make that suggestion. Then I invite the family to let me know if they had anything special in mind and we talk about it. If their suggestion is fitting I permit it. Otherwise it is left for another occasion such as the wake or the funeral meal. I have yet to hear a complaint about this approach.

I have a full diatribe about Wedding planning that I will leave for another occasion!

Thanks Fr McDonald for your excellent blog.

Father, I think you have nailed it: a monster has been created where no need existed. And not only in the event of a funeral, but in all cases.

I use my daily Missal at Mass. So there I am, flipping pages, trying to get to the right Eucharistic Prayer...

I offer families the option of choosing the funeral mass readings and the music, but alwys tell them that, if they do not care to make the choices, I will be happy to do that.

Some people have their funeral liturgies all planned out, including readings, music, pall bearers, gift bearers, etc. Those wishes shouod be respected, all things being equal.

Here, here Yankee Padre. How about a post from Father McD about parishes and their "wedding coordinators"? I guarantee you'll get some very lively responses on THAT topic.

Also, I'm a bit confused regarding the lectionary...I thought that this was supposed to be another embodiment of noble simplicity...and in my estimation, it is so absolutely complex that unless you're paying uber close attention you could get off by the year or the cycle or both.

I think that you're most correct when you speak of the TLM as being "noble simplicity" incarnate. It just is. While there may be more options in the Novus Ordo, I just don't see as how they are good for the Mass...I see them as being "banal" and "on-the-spot." I also cannot call them the same thing as the TLM versions, because they have changed the wording or the location. Just innovations...and as we are finding out, not necessarily for the good of the Church, as Vatican Council II commanded. Bugnini and his caused a list in the ship that is taking decades to right.

Bottom line, there is a formula for Mass....options simply muddy the formula. With the TLM, there is no muddy water. With the Novus Ordo, all we have is brackish.

I don't wan't brackish...why should any Catholic want brackish?

By and large I don't think people actually like having choices for Wedding and Funeral readings. I think its one of those things pushed by liturgists when they show up to ask for one of the above. Had they no choice on readings, there wouldn't be a problem.

I picked all the readings and such for my grandma's funeral because I was in the seminary at the time and my family figured I should do it. I based it on the old Requiem as much as possible considering the resources of the parish. No one freaked out because I went with the old Requiem readings and prayers. No one asked why we did this reading instead of that reading and such.

Most people are not liturgically "up" on things anyway. With the old way with much less options, I think the Church wisely "marinated" people in the theology and spirituality of the event. You loose this organic marinating when you have what seems like an interminable amount of options and choices.

Our culture is awash in "options." We seem to believe that the more options we have the freer we are. In fact, we have become directionless, random, and indecisive. What we need is to rediscover structure and order. I have attended NO Mass in a number of different Churches and it has never been the same twice. This is nothing but protestantism with incense and vestments. The Church needs to tell people how to worship again and stop consulting the laity and borrowing from the Sword of Joshua Baptist Church down on the Frontage Road. Options my big red plow mule!

I think options are really for the priest to be able to conduct the best Mass possible in the circumstances. The wake or the reception is where we sing our own songs and read our own poems. The guidance of the priest is really needed.