On Chilean abuses crisis, Francis says removing bishops is ‘needed’ but not enough 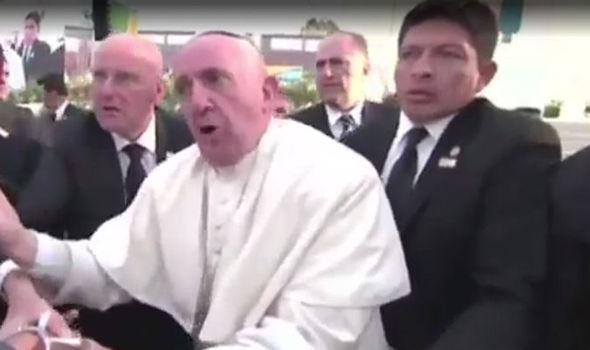 The Catholic sex abuse scandal is a mystery to me. How could those "the most formed in Catholic teaching, human formation and pastoral spirituality" abuse teenage boys and in far, far fewer situations small children?

Obviously there was a pathology and arrested sexual development. Perhaps these priests were sexually abused themselves (and at home, in the seminary, high school and higher) and saw it as normal.  But no matter what, bishops failed to follow canon law and defrock priests guilty of serious and pathological sins and crimes. There was a failure to call the police too. And maybe bishops felt more sorry for a brother priest than the actual victim. Maybe they thought the teenager wanted the sex and/or abuse. Who knows? It is a dark mystery.

Pope Francis has admitted he is/was a part of the problem. He sides with sinners with a fake mercy that enables corruption. But more importantly and most welcomed the Holy Father names disordered active homosexuality in the seminary, within cliques of bishops and priest as the problem too:

Furthermore, the pope said, and showing that the problem is not only with one group of people, in the case of many abusers “grave problems” had already been found during their formation, and there are also “grave accusations against some bishops or superiors who [allegedly] entrusted to these education institutions priests suspected of active homosexuality.”

The root of the clergy sex abuse scandal is acceptance of the active homosexual lifestyle by many bishops and priests and predatory homosexual behavior in many seminaries, diocese and parishes all done under cover of darkness. This is a 1970's post Vatican II corruption endorsed by some theologians of that period who saw nothing intrinsically evil about any form of sodomy.

What the pope does not yet confess is his own complicity in returning the Church to the 1970's period of grotesque instability, moral and doctrinal confusion  and loss of Catholic identity for both clergy and laity through his own arrogance, authoritarianism and ambiguous speech and questionable theology tending toward liberal Protestantism and its fragmentation.

But Pope Francis does say this:

Francis also says that the Chilean Church has become “elitist,” which he condemns by saying that no individual or “enlightened group” can pretend to “be the totality of the People of God.”

He adds that “that elite or elitist psychology ends up generating dynamics of division, separation, ‘closed circles’ that lead to narcissistic and authoritarian spiritualities in which, instead of evangelizing, the important thing is to feel special, different from others, thus leaving in evidence that neither Jesus Christ nor others truly matter. Messianism, elitism, clericalism, are all synonymous of perversion in the ecclesial being.”
Posted by Fr. Allan J. McDonald at Friday, May 18, 2018

On this particular matter Pope Francis has shown such bad judgement that I don’t see how he can continue as pope. He was informed by Cardinal O’Malley and the victims of what was going on and choose instead to listen to the sycophants he surrounds himself with and showed a dismissive attitude to an entire country of people. He went so far as to publicly scold all of them on more than one occasion. Not only does it show poor judgement but an arrogance that is hard to comprehend. His refusal to teach the Faith clearly and to answer honest questions which allow confusion to grow along with this show that the man is no true qualified. He should show some true humility by resigning and remaking quiet for the rest of his life.

Unless he is still skipping down the street handing out HH's recent Apostolic Exortation to whomever will listen; noticeably absent from these recent like-type discussions is Mark Thomas. I would have expected him to have fired up his magic quote machine by now.

Perhaps he is finally starting to see things more clearly for even a blind squirrel ultimately finds a nut!

And what is wrong with homosexuality? The St Gallen pope thinks it is perfectly fine, it seems, because it is the work of God: