Catholics are free to accept or reject private revelations, even those sanctioned by the Church and placed on the Liturgical calendar. I fear some are falling into the Catholic Form of Protestant fundamentalism as it concerns predicting the end times and the chastisement. Could this be yet another example of post-Vatican II ignorance about authentic Church teaching? I would venture a yes to my question! 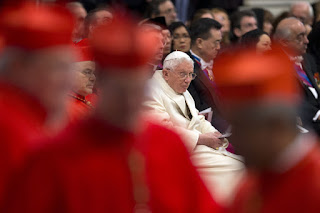 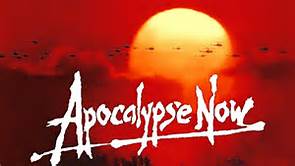 LifeSiteNews‘ Lisa Bourne conducted an exclusive interview with Cardinal Raymond Burke in which she asked about the a timeline for the promised formal correction in the absence of a response from Pope Francis on the dubia related to Amoris Laetitia. Burke responded:


“The dubia have to have a response because they have to do with the very foundations of the moral life and of the Church’s constant teaching with regard to good and evil, with regard to various sacred realities like marriage and Holy Communion and so forth,” Burke said during a telephone interview.

“Now of course we are in the last days, days of strong grace, before the Solemnity of the Nativity of Our Lord, and then we have the Octave of the Solemnity and the celebrations at the beginning of the New Year – the whole mystery of Our Lord’s Birth and His Epiphany – so it would probably take place sometime after that.”

The cardinal, who is the patron of the Sovereign Order of Malta, said the format of the correction would be “very simple.”

“It would be direct, even as the dubia are, only in this case there would no longer be raising questions, but confronting the confusing statements in Amoris Laetitia with what has been the Church’s constant teaching and practice, and thereby correcting Amoris Laetitia,” he said. [emphasis added]

A timeline that places the correction after the Epiphany means that the next step in this process will fall in 2017. Many Catholics devoted to the Fatima message have been increasingly concerned that 2017 — the 100th anniversary of our Lady’s final appearance to the three shepherd children and the Miracle of the Sun, which took place on October 13, 1917 — will usher in a chastisement in accordance with Our Lady’s various warnings through apparitions like Fatima, or the lesser known Akita warnings, the last of which also took place on October 13th of 1973.

At Akita, Our Lady is said to have told Sr. Agnes Sasagawa:


“The work of the devil will infiltrate even into the Church in such a way that one will see cardinals opposing cardinals, bishops against bishops. The priests who venerate me will be scorned and opposed by their confreres…churches and altars sacked; the Church will be full of those who accept compromises and the demon will press many priests and consecrated souls to leave the service of the Lord.”

In a video released last year before the second portion of the Synod on Marriage and Family, Cardinal Burke echoed the words of the Akita message (see time marker 26:35) when he said:


“If this means that cardinals will be opposed to cardinals, then we simply have to accept the fact that…that that’s the situation which we find ourselves. Certainly for my part, I don’t look for this kind of conflict, but…if in defending the truth of the faith I end up in a disagreement or a conflict with another cardinal what has to be primary to me is the truth of the faith and to, as a teacher of the faith, as a pastor of souls, to defend that truth.”

Whether or not the sort of chastisement many fear is imminent, we are unquestionably faced with deep and harmful divisions within the Church that are headed straight for a confrontation of historic proportions.

Well, the Akita prediction, which I don't recall ever having heard of before, is obviously accurate, either by inspiration or by accident. Providence places Cardinal Burke exactly were he needs to be, at the head of an order of chivalry. The rest of us may now need to take sides: Catholicism or Modernism. It didn't have to be this way, and most of us were prepared for compromise, but so be it. I choose Cardinal Burke and the Apostolic Tradition, with all due reverence towards the See of Peter.

BREAKING NEWS: CARDINAL BURKE SAYS "CORRECTION" OF AMORIS LAETITIA AND POPE FRANCIS TO COME AFTER EPIPHANY IF DUBIA ARE NOT ANSWERED.


In an exclusive interview with LifeSiteNews, Cardinal Raymond Burke has given an indication of the possible timeline of a “formal correction” of Pope Francis should the Pope not respond to the five dubia seeking clarity on Amoris Laetitia, presented to the Pope by four Cardinals, including Cardinal Burke.

“The dubia have to have a response because they have to do with the very foundations of the moral life and of the Church’s constant teaching with regard to good and evil, with regard to various sacred realities like marriage and Holy Communion and so forth,” Burke said during a telephone interview.

“Now of course we are in the last days, days of strong grace, before the Solemnity of the Nativity of Our Lord, and then we have the Octave of the Solemnity and the celebrations at the beginning of the New Year - the whole mystery of Our Lord’s Birth and His Epiphany - so it would probably take place sometime after that.”

God bless Cardinal Burke and his fellow prelates who, raised up by the Holy Ghost, are fighting for the truth of Catholic marriage and the true teachings of the Catholic Church against the errors promulgated via Amoris Laetitia.

May Our Lady protect them and bless them.

As long as we're talking about alleged private revelation, there are several others that predict that papacy would be taken over by an agent of hell. Whether that is Pope Francis, I have no idea, but that's what they say.

One of them is, of course, Fr. Stefano Gobbi, founder of the Marian Movement of Priests.

There are hundreds of priests in the Marian Movement of Priests.

One of his locutions said the Satan would bring his kingdom into the interior of the Church and would reach "the summit."

Regardless, we are in for rough times. This is a fight to the finish.

True Catholics will not accept Amoris Laetitia unless it is corrected. We cannot do so.

Mark Thomas, spin away!! Please have at least 20 non sequiturs and lots of slobbering over Pope Francis

So if we are free to accept or reject private revelations, what's the problem?

If we accept them, we are automatically fundamentalists?

I have read a LOT of these private revelations and I certainly don't blindly accept them all. I believe Medjugordje is a hoax of epic proportion and I don't bother with any of these messages that have not been approved by the Church.

What are you getting at Father?

Supposedly, Our Lady told Lucia that the pope should not make the same mistake as the King of France and wait 100 years. That brings some confusion, because, as I understand it, the request to consecrate Russia did not come until 1929. So would the 100 years end in 2017, the date of the last Fatima apparition, or in 2029, the date of the message about consecrating Russia?

And what about Pope Benedict? He publicly said that the message of Akita was essentially the same as the message of Fatima. Does that make HIM a fundamentalist?

While none of us knows the day or the hour, it would be equally foolish to simply ignore the signs of the times or scoff at those who are concerned.

One day it will be Cardinal Burke who will be remembered and raised to the altar. He truly is a modern day John Fisher. I guess he can say " I am the pope's good servant but God's first".

Are you upset because there is an "i" instead of a "y"? If so, then why do such things disturb you? Do you feel more settled once you've pointed out the errors of other people?

Dialogue, Anonymous is the kind of guy who would step over a man bleeding in the street to fuss at someone for dropping a gum wrapper on the ground.

Are you upset when you receive your checking account statement and the bank has your balance listed as 50.00 dollars and you know, and can show, that it is 500.00?

If so, why do such things disturb you?

Do you feel more settled once you've pointed out the errors of other people?

I am an English teacher. I am not the anonymous who has apparently offended everyone's sensibilities by asking that we spell words like "apocalyptic" correctly. However, I can defend this person by stating that it is very frustrating when you work so hard attempting to help others express themselves clearly and correctly to see a forum like this, in which adults debate issues of some gravity, assault the language as they do. I have teachers in my school who use phrases like, "I ain't seen" and it starts to grind on you after a while. So give this poor fellow a break. It's not outrageous to ask others in an online forum to spell correctly, especially when spell checks and online dictionaries are readily at hand.

Dear AA, I don't disagree, but I no what you mean.

Well, I was an English major...and I ain't gonna' be bothered by an occasional mis-spelling of wurds when it is in the context of discussing matters other than literary. But, give me your thesis to grade and it will come back to you covered in red ink...LOL!

In a world where facts are rapidly ceasing to matter, can the abandonment of correct spelling be far behind?

The results will be remarkably parallel.

Well if private revelation don't impress ya how bout the inspired Word of God.....


I charge you in the presence of God and of Christ Jesus who is to judge the living and the dead, and by his appearing and his kingdom: preach the word, be urgent in season and out of season, convince, rebuke, and exhort, be unfailing in patience and in teaching. For the time is coming when people will not endure sound teaching, but having itching ears they will accumulate for themselves teachers to suit their own likings, and will turn away from listening to the truth and wander into myths. As for you, always be steady, endure suffering, do the work of an evangelist, fulfil your ministry. 2 Tim 4:1 - 5

Perhaps Anonymous could correct someone's spelling without being obnoxious about it? That way he (standard English usage of the pronoun) can get his point across without others (myself included) rolling his eyes at Anonymous for coming across as a jerk.

It seems obvious to me that "apocaliptic" means "apocalyptic". What word did you think he meant?