LET'S GET BACK TO THE LITURGY; IT IS SO MUCH MORE EDIFYING THAN PAPAL POLITICS AND PALACE INTRIGUE 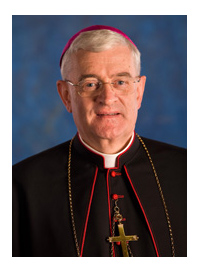 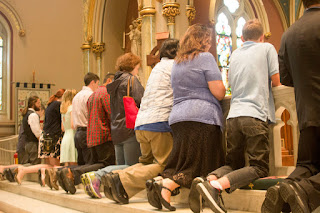 I posted the other day an excellent interview of Bishop Peter J. Elliott who is auxiliary Bishop of Melbourne, Australia, on the liturgy. I was struck by how much he mirrors what I believe and have been writing on the liturgy for so many years now. I wonder if His Excellency reads my most humble blog?

I truly appreciate his understanding, as Pope Francis has made clear, that it is not right to use the term "Reform of the Reform" when it comes to the liturgy, but rather, the good bishop suggests, as Pope Benedict desired, Organic Development.

This is what he says:  I expressed my own misgivings with this expression, “the reform of the reform”. I prefer the wider and deeper vision of a “new liturgical movement”, an organic development, gradual and spiritual. That is better than restricting oneself to an attempt to bring the modern rite in line with the pre-conciliar liturgy.

But then he offers this bombshell, which is what I have been advocating ever since I bought my Ordinariate Missal: I worked in the Commission “Anglicanae Traditiones” that put together a “use” of the Roman Rite for former Anglicans in the Ordinariates established by Pope Benedict. Their Eucharistic rite has been described as a “reform of the reform” but in fact it blends three streams that are valued by high-church Anglicans: the Books of Common Prayer and the Ordinary and Extraordinary forms of the Roman Rite. The text is also a mild form of Tudor English as befits their gracious tradition.

The good bishop sets the template for the on-going organic development of the Ordinary Form and the Ordinariate Missal is it: There are optioins for the Prayers at the Foot of the Altar, the older form of the offertory prayers, enhanced rubrics similar to the EF for the Eucharistic Prayers and the Last Gospel. It is explicitly allowed that the Mass be celebrated ad orientem or facing the congregation and that communicants may kneel to receive Holy Communion.  We could do this today with the current OF Missal without changing anything else in it!

I especially appreciate his generous spirit of flexibility when it comes to offering the EF Mass and it expresses my sentiments exactly: Of course the Ordinary Form is here to stay, but I am irritated when people refuse to provide for celebration of the Extraordinary Form or even make fun of it in ignorant ways. That is most unhelpful when we reflect on efforts to find a secure place in the Church for the Society of St Pius X, a project dear to the heart of Pope Francis and his predecessors, Saint John Paul and Pope Benedict.

Occasionally I celebrate the Extraordinary Form and, while I cannot claim to be deeply attached to it, I find that it makes me “pray the Mass”. That is part of the genius of the “old rite”. It carries you. That came home to me at the recent Fota Liturgy Conference in Cork, Ireland when I celebrated Solemn Mass at the Faldstool in St Peter and St Paul’s Church.

And here he captures my sentiments completely: Gradual organic development is what we need. That involves first of all respecting the integrity of both forms of the Roman Rite.

Having worked for years to promote the worthy celebration of the Novus Ordo, I am also irritated by some attacks on it made by traditionalists. But their criticisms often stem from the poor way the Ordinary Form is celebrated. Some priests seem ignorant of the principles and ceremonial of the modern rite. They never read the revised General Instruction. The result is sloppy and dull liturgies, often accompanied by vulgar music. Some priests even presume to “improve” the new ICEL translation of the Mass or they casually rattle off these richer texts and the result is an ugly mess.

As Pope Benedict has insisted, the “art of celebrating” calls for a lot of hard work. That involves not only better in-service for priests and deacons (and some bishops!) but a high model of liturgy in our seminaries and houses of formation.

At the same time, it is not good to restrict the Extraordinary Form to Low Mass, without a dialogue between celebrant and people. Nor do I believe it is wise to celebrate the Extraordinary Form in a baroque style because, the “Mass of all times” cannot be locked into the tastes of the Eighteenth Century. My heart sinks when I see some of the tacky vestments younger clergy choose to wear for the Extraordinary Form, imagining that this is “part of the deal”. It is not.

check out the latest ad orientem video which is on the fr. z site. There is also another good video on this subject put out last July by Fr. Jay Finelli aka IPadre.

"Occasionally I celebrate the Extraordinary Form and, while I cannot claim to be deeply attached to it..."

I was puzzled by that statement as I had read that Bishop Elliott was born in 1943 A.D. I would hope that somebody who had grown up with the TLM would be attached deeply to the TLM.

However, Bishop Elliott was not raised Catholic. He converted to the Church in June 1968 A.D.

There are, of course, many Churchmen who had grown up with the TLM but have little use for that Mass.

Then there is the fact that during the 1960s, when the TLM was in place and beloved by tens of millions of Catholics, Pope Blessed Paul VI, as well as one Cardinal and bishop after another who had grown up with the TLM, walked away from the TLM.

I am amazed that a great many (Latin) Catholic Churchmen do not avail themselves deeply to the Traditional Roman Mass.

But I hope that Bishop Elliott attaches himself deeply to the Traditional Roman Mass. Should he do so, he will be blessed in ways that, as of now, he is unable to comprehend.

Some very impressive excerpts from the above:

-- In 1984 he commenced doctoral research at the Lateran University, Rome, John Paul II Institute for Studies on Marriage and the Family. He gained a Doctorate in Sacred Theology in 1986 with a thesis on the sacramentality of marriage.

-- In 1987 he became an Official of the Pontifical Council for the Family in the Roman Curia.

-- In 1992 he was named a Chaplain of His Holiness with the title Monsignor.

-- In December 2004 he was appointed Director of the John Paul II Institute for Marriage and Family, Melbourne.

-- Pope Benedict XVI appointed him as an Auditor at the World Synod of Bishops on the Eucharist, held in Rome in October 2005.

-- In 2005 he was appointed to a five-year term as Consulter to the Congregation for Divine Worship and the Discipline of the Sacraments.

Bishop Elliott has written a commentary on celebrating the Novus Ordo which parallels Fortescue's on the older (and therefore more authentic) Roman Rite.

I don't understand why he regards baroque vestments as 'tacky'. He was happy to wear them when he celebrated Mass at the London Oratory, complete with episcopal gloves.

Vestment fashions change and baroque vestments suit baroque churches. It can be argued that 'gothic' vestments suit gothic or neo-gothic churches, but let's not make a fetish out of it. It's the liturgy that matters.

The good bishop says "Having worked for years to promote the worthy celebration of the Novus Ordo, I am also irritated by some attacks on it made by traditionalists. But their criticisms often stem from the poor way the Ordinary Form is celebrated." However, I think that this statement misses the point that the reason many who prefer to attend the traditional Mass is because the Novus Ordo has been stripped of all the beautiful prayers and so it becomes trite and banal - even offered ad orientem and in the Latin - because the prayers have been stripped and also because of the involvement of lay people in the Mass. The involvement of lay people and all the toings and froings interrupt the flow of the Mass.

There is an article published in the Catholic Herald today that explains why young people, who do not have a sentimental attachment to the traditional Mass, love it.