FOR THOSE WHO MALIGN POPE FRANCIS, OUR HOLY FATHER, BY SAYING HE PREACHES CHEAP FORGIVENESS WITHOUT THE EXPECTATION OF CONTRITION AND FIRM PURPOSE OF AMENDMENT, STOP MALIGNING HIS HOLINESS, FOR IT IS AN OUT RIGHT LIE, FROM THE FATHER OF LIES

This is pretty clear to me! How about you?


(Vatican Radio)  Only if our hearts are open and we recognize ourselves as sinners can we receive God’s mercy. That’s the message Pope Francis imparted to the faithful gathered for the morning Mass Thursday at the Santa Marta guesthouse, (Vatican Motel Six, and the Pope will leave the lights on!). 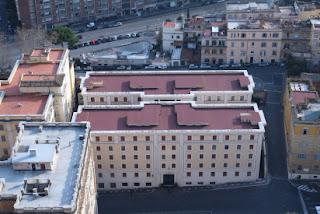 Commenting on the First Reading from the Book of Jeremiah, the Pope stresses in his Homily that "God is always faithful, for he cannot deny himself" while the people do not listen to His word. Jeremiah therefore tells us the "many things that God has done to attract the hearts of the people," but, the Pope adds, the people remain unfaithful.
If the heart is hardened and closed, God’s mercy does not enter

"This unfaithfulness of God's people,”  warns the Pope,  is  “also ours.” It is “our own infidelity [which] hardens the heart, closes the heart!"

"It does not allow [us to hear] the voice of the Lord who, as a loving father, always asks us to open ourselves to His mercy and His love. In the Psalms, the Pope adds, we all pray  together: 'Hear now the voice of God. Do not harden your hearts! ' The Lord always speaks with us in this way, also with the tenderness of a father who says: 'Return to me with all your heart, for I am compassionate and merciful.’  But when the heart is hardened, you don’t understand this. God’s mercy can only be understood when you are able to open your heart to let it enter. "

Referring to the passage from Luke’s Gospel where Jesus is confronted by learned men who had studied the Scriptures, Pope Francis says they were "teachers of the law who knew theology, but they were very, very closed" . The crowd, however, "was amazed," and "had faith in Jesus!  Their hearts were open:  imperfect, sinful, but open hearts."

Ask forgiveness, do not judge others

But these theologians, adds the Pope, "had a closed attitude! They always sought an explanation so as not to understand the message of Jesus."  "They asked him for a sign from heaven.  Always closed!  It was Jesus who had to justify his actions."

"This is the story, the story of this failed fidelity. The story of closed hearts, of hearts that do not let in the mercy of God, which have forgotten the word forgiveness:  'Forgive me Lord!' - simply because they do not [see themselves as] sinners [but see themselves as] judges of others. A story lasting centuries.”  And Jesus, the Pope continues, explains this failed fidelity very clearly - to combat the discourse of such hypocrites:  ‘He who is not with me is against me.' “It’s clear! Or are you faithful, with your heart open to God who is faithful to you, or you are against Him: 'He who is not with me is against me!'"

Faithfulness to God begins with recognizing our sinfulness

But is there room here for middle ground, for "negotiations?"  asks the Pope.  The answer, he says, lies in confessing to being a sinner!  If you acknowledge that you are a sinner, “the heart opens and God’s mercy is allowed to enter and you begin to be faithful."

"We ask the Lord for the grace of fidelity.  And the first step on this path towards fidelity is to admit you are a sinner,” adds Pope Francis. “If you do not feel sinful, you have begun badly. We ask for grace so that our hearts do not harden - that they are open to God's mercy - and for the grace of faithfulness. And when we find ourselves unfaithful, for the grace to ask for forgiveness."

Really. Again you are trying to defend that man.

Ok. Francis isn't talking about people like Emma Bonino. A woman who is proud to have personally performed 10,000 abortions. A woman who Francis just praised as "one of the forgotten greats". A woman on the same level as a Nazi concentration camp officer who operated the ovens.

Francis is talking about men like Burke, Schneider, Cordileone, Andre Joseph Leonard, the bishops of Poland.

Father "who am I to judge" Bergoglio had no problem judging and publicly condemning an American citizen who he never met as being not a real Christian.

Are you kidding with this post. Sorry if my being not politically correct offends your delicate sensitivities, but are you kidding me. Francis is talking about Catholics who actually believe and try to practice the Faith daily. He already judged us a "self absorbed promethean new palagians". Remember?