We already know how corrupt the German Catholic Church is and it is widely to be blamed on the money it receives from the state to keep its ministries and other operations afloat. Even the clergy are paid by the state (no matter the religion or denomination).  The German Church has nothing to teach the rest of the Church about ecclesiology, the sacraments or morality let alone poverty!

But this is a symbol of the problem of Europe's wedding of sorts of Church and State going back to the time when Christendom existed and the Church was actually the state government:


Local government: Church does not own Córdoba cathedral, once a mosque 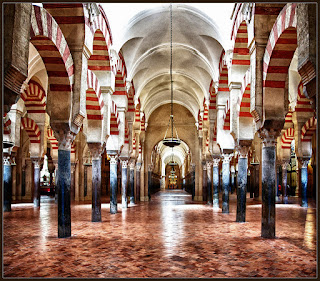 The Catholic Church does not own the cathedral in Córdoba, Spain, according to a city government report.

The Great Mosque of Córdoba was built in 784 on the site of a seventh-century Catholic church. Since 1236, the former mosque has been used as a Catholic cathedral. In recent years, the local bishop has refused Muslim requests to worship in the cathedral.

“Religious consecration is not the way to acquire property,” according to the government report, as quoted by The Guardian. Instead, the cathedral is owned by “every citizen of the world from whatever epoch and regardless of people, nation, culture or race.” 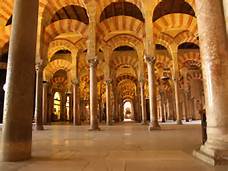 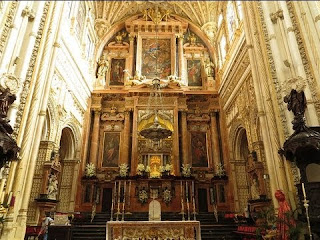 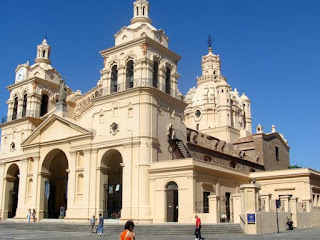 The strict separation of Church and State no doubt appealed to the deists and freemasons who framed the US constitution. But it is not, nor has ever been, Catholic teaching. 'Redde autem Caesari quod est Caesaris, et Deo Dei' certainly applies, but the Catholic monarch has a duty towards the Church as well as towards his subjects, and John Paul II taught that the nation-state is not a mere political convenience but is part of the divine plan for mankind.

It is a complex issue, often misunderstood in an increasingly secular age. In France, the government owns the church buildings, but ownership in the true sense belongs to the worshippers and the cult practised therein. The Mezquita-Catedral in Cordoba is a remarkable edifice and can be said to be part of a European cultural patrimony. The same applies to the treasures of the Vatican, which no pope can dispose of. The Catholic Church, however, was perfectly within its rights to refuse permission for the Mezquita to be used as a setting for a recent Hollywood movie loosely based on the crusades.

The US Constitution, strictly speaking, prohibits only Congress from establishing an official religion. That restriction was only later applied to the constituent states. Interestingly, the seal of Puerto Rico, a US "free associated state", features very Catholic imagery.