Sometimes I have to pinch myself in terms of my assignments as a priest. They've all be wonderful. After 36 years of ordination, I've only had four: 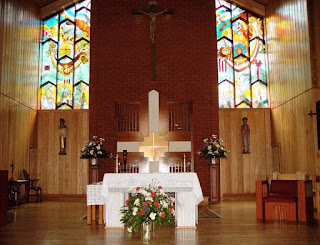 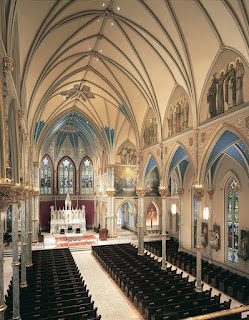 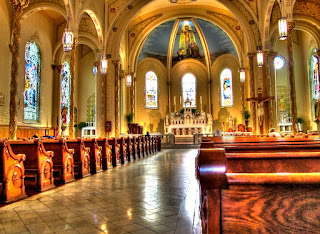 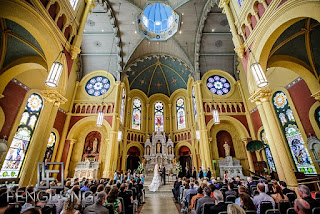 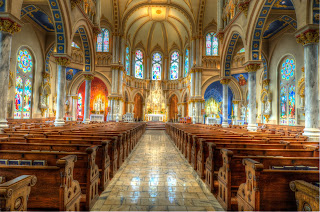 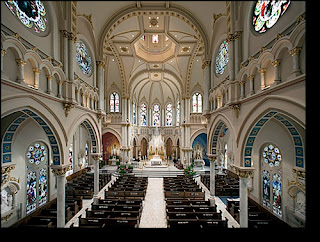 My  last three parishes have been stunningly beautiful church buildings with beauty unique in their own ways. St. Joseph has a stunning architectural character inside and outside unrivaled in the diocese, although Sacred Heart now Cultural Center in Augusta, her sister, comes very close.

The Church of the Most Holy Trinity in Augusta, my first pastorate (St. Joseph is just my second), is uniquely beautiful too and has a wonder ambiance for the Mass and other liturgies of the Church. It is the oldest Catholic Church building in the state of Georgia, begun in 1857 and consecrated in 1863 during the height of the Civil War. Augusta was a medical community and the Sisters of Mercy cared for injured Confederate and Union Soldiers on the Church's property and perhaps in the new Church or at least the old church next to it when the new was completed. Think of that scene in Gone with the Wind, where a hospital is set up in a church building. Quite the metaphor, no?

Here's a high definition wedding at the Church of the Most Holy Trinity with Father  Jacek Szuster pastor, presiding.

The first part is a synopsis of the wedding ceremony and shows the church in its high definition splendor, the second part is the reception. Quite a handsome couple:

Savannah seems to have undergone significantly less of the wreckovation craze than my diocese did... Most of the parishes you posted still have / had (in the case of St Joseph's, which was then replaced) altar rails well after Vatican II, and I see no ridiculous pew arrangements in the "new" setup. Where I am, altar rails and, many times, high altars were removed, and pews were reconfigured into funky setups that would supposedly help "participation."

What's weird about my posting this video is that after I posted it I realized that the wedding is of Paul Wach who is the grandson of my parishioners, Janie and Ted Wach here in Macon! Their son lives in the Augusta area and knew them well when I was pastor at MHT! A weird coincidence!

Paul is our Godson and they now live in Arizona where Paul is an engineer. Beautiful wedding!