SO WHAT ARE CATHOLICS TO DO?

Shall it be this?
Updated 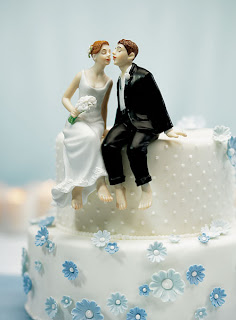 Or shall it be that?

My take on it:
Catholic sexual morality is based upon Sacred Scripture, Tradition and natural law. It is also based upon becoming perfect as our heavenly Father is perfect. Thus our teachings are a challenge to growth in holiness. But because perfection is not to be attained in this world, most, if not all of us, fall short of the perfection required by Sacred Scripture and natural law. But we do not despair, for we have recourse to God's actual grace that motivates us to repent and seek forgiveness and reconciliation through the Church's Sacrament of Penance. Whatever we lack, God will make up! This is our everlasting hope.

One of the reasons Catholic teaching on sexuality is so controversial is because it is so extremely personal and touches us on the level of intimacy and privacy and goes to the core of who we are and how we relate.

The teachings of the Church on the various areas of sexual morality and gender roles are at the core of the culture wars promoted by the news and entertainment media, and the executive, legislative and judicial branches of world governments including those on the state and federal levels of the USA.

We all know how progressives in the Church and in secular society feel about the Church's teachings on birth control and abortion. We also know how they feel about the Church's teaching on the Sacraments of Matrimony and Holy Orders. While people may legitimately disagree with this, that or another aspect of Church teaching on sexuality, marriage and ordination and how the Church presents these, we are now seeing the Church ridiculed outright by many from within and outside the Church. All of this is motivated again by the mass media, both news and entertainment and those who push for the complete secularization of society. The judge who ruled in the California case went so far as to marginalize those who promote a "private" morality upon the whole of society by excluding a certain class of citizens of the right to marriage.

The Church and those who hold to her traditional sexual morality are being marginalized as bigots opposed to equal rights and equality. To be quite honest with you, I never thought I would be marginalized to the status of bigot for being a faithful Catholic. But now you have it. It will be a new form of martyrdom for those courageous enough to espouse an unambiguous Catholicism. How many will embrace it and how many will flee like those who renounced their Catholicism in the face of actual martyrdom by the secular Romans who threw them to the lions?

What do we do? Throw in the towel or fight like hell? Do we become shrill and obstinate or circle the wagons and do our own thing striving to be like a leaven in a world gone wild?

While Christians and others who accept the ancient, traditional understanding marriage should use every legal means available to keep marriage between one man and one woman, I think if this fails and the redefinition of marriage occurs in civil law, the Catholic Church should develop plan "B". Sometimes I think the Church should simply get out the the legal marriage business. By this I mean that we should in all ways uphold our traditional understanding of the Sacrament of Holy Matrimony but distinct from civil law. By this I mean that the Church would only recognize as valid those marriages considered sacramental and performed in the Church by an ordained minister, either deacon, priest or bishop and that the sacramentality of the marriage must be based upon the official recognition of the Church based upon the blessing received by the ordained minister, bishop, priest or deacon. The understanding of marriage as a holy sacrament would only be accorded to those Christian denominations with a valid priesthood and who themselves understand marriage as a Sacrament. In this way, civil marriage would not be recognized by the Church as a marriage at all, but only a legal partnership, a civil union which then allows for all of the legalities so many are seeking from the government. It would also streamline the Church's annulment procedure in that we would not recognize as sacramental the marriages of those denominations that do not have a sacramental understanding of Holy Matrimony or Holy Orders.

In the Eastern Rite of the Catholic Church, it is necessary for validity that the priest offer a blessing of the marital vows. This is not the case, unfortunately, in the Latin Rite since Vatican II. Currently in the Latin Rite, marriage as a sacrament is supposedly preformed by the couple themselves which the ordained minister only witnesses and blesses. This allows for non-ordained people to witness a Sacramental Marriage when no ordained person is available. It even allows for sacramental marriages to occur through common law. This should be changed!

In order not to eschew civil law, a Church wedding and thus the Sacrament of Holy Matrimony would be celebrated after a couple has had the civil law aspect of marriage or what the Church would call a "civil union or partnership" recognized in a civil court. Once the Catholic couple presents their civil marriage documents to the Church, the Sacrament of Holy Matrimony can take place in a glorious Church wedding if there are no Church impediments.

Interesting solution, but I don't think it would stop the shrill protests from those who would still demand that the Church redefine Her moral teachings.

What would your idea mean for all those who have yet to have their pre-existing marriage recognized by the Church?

The 2-step technique you suggest would possibly result in a lot of civil marriages without the follow-up sacramental marriage. Hey, the law says we're married so why bother getting married again in the Church? It would be too easy to not bother to have a Church wedding.

Well, anything goes between two consenting mammals I always say...

My two step process does propose a conundrum. Catholics who lived together with or without a civil marriage license would be excluded from receiving the other sacraments of the Church. Living together without the benefit of the Sacrament of Holy Matrimony would be an impediment to one's Catholicism and one's salvation--a mortal sin! We'd have to be good at catechizing Catholics about this. It would also mean that we would have to "sacramentalize" the marriages of Christians of other denominations which do not have a sacramental priesthood when these Christians desire full communion with the Catholic Church. This could be thorny ecumenical issue for some. Fr. AJM

This two step process is already the norm in most if not all Latin American countries. Usually cost and the expectation of a "big church" wedding stop many couples from going further to receive the sacrament of Matrimony. This definitely effects their participation in the Mass.

Disclaimer: I'm not a theologian, canon lawyer, or even a very smart guy.

I like your two step method. It is logical and helps both move the Church out of the line of fire and yet still maintains her voice as one of consistent morality.

Echoing the concerns of some of the other posters however, we MUST be sure that people are adequately trained in the necessity of the sacrament. Also, that sacrament must be made available at a reasonable cost (free, if needed) and without excessive trouble.

I agree with you 100%. Although plan B is plan A in my book anyway.
Marriage is a covenant between a man, a women and God, which God produced for the sole purpose of expressing His Love infused in us from creation. The fruit of that Love is a new creation. So how can homosexuals produce a new creation?
Give them civil unions not valid marriges. There time will come to answer for there behavior. I pray for there souls.
This is another of satan's ploy to destroy the family and God's creation as a whole. We must be vigilant in our battle with evil and not give in to the deception.

"No compromise with the main purpose; no peace until victory; no pact with unrepentant wrong! -- Winston Churchill"

We fight, because that is what the Church Militant is called upon to do. We fight and do not worry about the odds, or the hopelessness of victory. We are not called upon to win, only to fight; faithfully and loyally, and if necessary to die. Ultimate Victory is promised to us by our Lord and our Lady and need not concern us.

I like the way you think and the passion that comes along with it! Here's another thought: why not have the church bless the union BEFORE the civil proceedings?

I think the Pope needs to declare this the "Year for Marriage", pronto!