RATS IN THE RECTORY AND MORE RATS, THE SAD HORROR CONTINUES!

When I was a child, I just loved Topo Gigio when he appeared on Ed Sullivan! He was so cute! 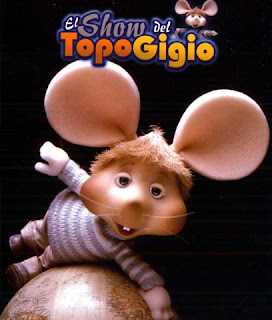 I guess you could say this one is kind of plump and cute? 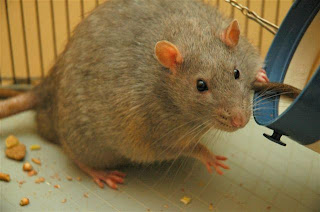 The best kind of a rat, dead! We already had four just like these killed in the house! These are not cute or cuddly! 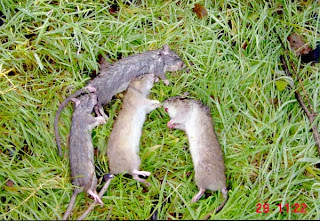 As Sophia Patrillo would say on the Golden Girls, "picture this...":

"2010, Macon, GA, the rectory,Wednesday, August 11th, it's 4:50 AM and I am sitting at the kitchen table, enjoying my bagel and a cup of coffee, reading the Macon Telegraph. Then, I hear scurrying, like a mad dash of a solo runner or a dog trying to get traction on the glaze of a tile floor. I glance reflexively at the kitchen floor and in comes flying a large brown rat the size of a small Chihuahua with a tale longer than his body! He knows I'm there and he's in a panic. No, I'm in a panic! He heads toward me, I spit out my bagel, get coffee on my tee shirt; he runs over my slippers, which by the way I have on, tries to find an escape, but he's trapped like a rat, no, I mean, he is a rat!!!!!!!!!! I don't mean to be sexist, it could have been a she.

I nearly jump on the kitchen table trying to get out of its way. He's frantically looking for an escape. He looks at me as we establish eye contact. It almost jumps on the kitchen counter but then to much of my relief and his, I presume, finally he finds an opening at the base of the kitchen cabinet and disappears, presumably to stalk me later, but where, in my bedroom as a I sleep, while I'm taking a shower, a la "Psycho?" Will it run up my leg as I sit at my office desk? Will I ever feel secure again?

My skin crawls; I throw the rest of my bagel away and get the hell out of there! I contemplate moving from the rectory because of this nightmare which is now occurring when I am awake. This is a "morningmare" and it is real!" I run upstairs and like Scarlet O'Hara, I clinch my fist, raising it heavenward, declaring, "as God is my witness, I will never go down to that kitchen again!"

Brothers and sisters, this is rat number five, four are dead, killed behind our stove, you know the place where we cook our food! I've seen pictures of the dead ones, this is the first time I've actually seen one running toward me and in a confined place! My skin is crawling and now every creak and crack I hear in the house, I know it is my worst nightmare coming true.

Update: Picture this: it's 8:50 AM this morning, I'm sitting at my desk,preparing to make out our three month, September, October and November priests' Mass schedule. As I take my pen in hand, something jumps on the desk right where my left arm is resting. I look. It is a roach! I kill it instantly! Dear God,what have I done to deserve this? Why is this happening, in what way I have offended you? Answer me! Does anyone have a tranquilizer?
Posted by Fr. Allan J. McDonald at Wednesday, August 11, 2010

Father, know how you feel. If you are interested, I am fostering a small family of cats, an immigrant mother and her four offspring. Mom has been 'natuaralised' and is an excellent hunter of rats and other rondenta. The young ones are showing the same tendency. There are three lovely females and one very masculine male, although he is really a momma's boy and the last one weaned. They are all excellent companions yet ruthless when dealing with rats.

Let me know the size of your order and I'll have it delivered. ;-)

The rats were worth it insofar as they inspired that awesome and hilarious story! Ha!

This plague is no doubt heavenly judgment for your complete failure to facilitate a proper posture for the receiving of the Blessed Sacrament (which would be the provision of kneelers in case that isn't crystal clear).

I am, of course, just kidding Father, but hey, it's worth a try. You never know. It may just work.

Get a cat, a very large one, and your rat and roach problem will be solved.

Templar is right and so is Anonymous.
Get a cat.
and a new bug man.

Try baptizing the rats. You will likely not see them again until Christmas.

Sounds to me like you need to find another place to live...that is not a very healthy environment...yuk!!!

When our daughter was pregnant with baby #2 (#1 was only 9 mos. old and still crawling on the floors), we were visiting for Christmas and discovered the same horror behind the wall where her stove sat. We had been "clued in" by rat droppings in the bottom drawer of the stove where she kept cookware. Her husband was a chronically exhausted medical resident at UAB; daughter was chronically ill and exhausted, but worked full-time for EWTN in Irondale. So, we took it on! After working for a week on the problem with plugging the entry hole and pesticide "bombs" under the house by a professional service. Pregnant daughter and family moved to a local motel.
Rats were gone, TBTG!
A few days later daughter and family started itching and found tiny black specks all over their bathrooms. Clueless, we began an internet search that revealed the problem: rats and their nests are infested with mites; if the rats die or leave nests, the mites migrate into the house along plumbing pipes, looking for human hosts. God help us!
...Well, He did, of course...
Long story short--get the heck out of the rectory until the problem is truly solved. I'm sure MANY of your parishioners would be happy to help you.
Blessings!

You need Billy the Exterminator!! Maybe Vexcon will come to your aid. Haven't seen a Rectory treated for a rat infestation on the tv show yet. ;-)

If you've found 4, and seen one in the open; I'd wager there are plenty more hiding. I am sure the roach is no coincidence.

In all seriousness; you need a professional, and its not healthy to live in the rectory right now.