IF A CATHOLIC PROPAGATES WHAT THE CHURCH TEACHES ON SEX AND MARRIAGE, IS THAT CATHOLIC A BIGOT OR A HATE MONGER? 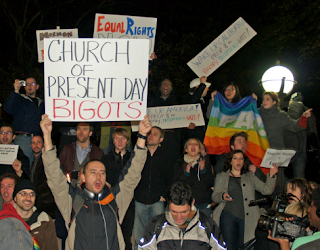 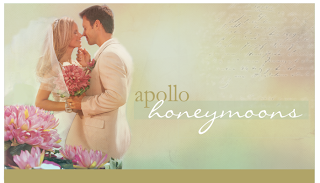 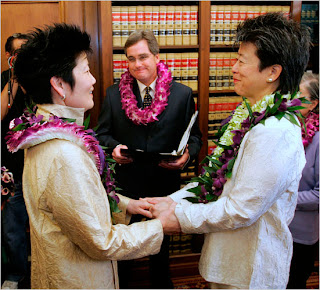 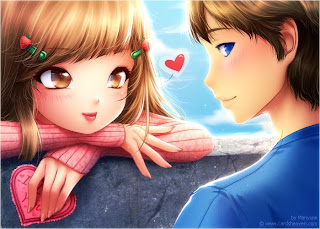 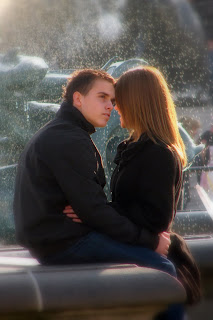 The politics of same sex marriage has turned ugly. Those Christians and others who belong to other world religions that acknowledge that marriage is between one man and one woman and thus beneficial for the well being of society, the rearing of children and the stability of cultures, are being marginalized as bigots and being opposed to basic human rights, the right to marry whomever one wants even if they are of the same sex.

Those who want religion out of politics, law and legislation say that religious beliefs about marriage and the nature of sex is a private matter that should not be brought to the public square or shape judicial and legislative processes and laws. In some places, just saying out loud that two homosexual persons should not be allowed to marry and that homosexual sex is a sin could be classified as "hate" speech resulting in a fine or jail time.

So what's a practicing, believing Catholic to do?

First we must acknowledge that homosexual persons or persons with homosexual tendencies have been discriminated against, marginalized, hated and persecuted. This has occurred at the hands of Catholics, other Christians and people of other religions. We all know the words that are used in a derogatory way directed against homosexuals. It is no wonder there is a backlash against this sort of thing and a mentality of trying to get even.

Catholic teaching does allow for a chaste relationship between two committed homosexual persons. The key here is chaste, no sex. The Church even allows for a "brother and sister" or chaste relationship between two heterosexual Catholics who are married outside of the Church thus allowing them to receive Holy Communion if no scandal is given. The Church's pastoral sensibilities recognizes that stable relationships built upon chaste love are to be preferred to promiscuous lifestyles and multiple partners. Fidelity to a life partner in a loving chaste relationship is permitted by Church teaching for unmarried couples. Others would do well not to become preoccupied or voyeuristic by the relationships that people form that are healthy and happy. Where there is doubt, give them the benefit of the doubt. It's between them and God.

So how do we as Catholics uphold our Catholic teachings on sex and marriage?

3. Within natural or "not disordered" sex, any mechanical device, pill, surgery or act that eliminates the pro-creative aspect of sex as God intended it (natural law) would be illicit, immoral and disordered. Natural law also allows for the pleasurable aspect of heterosexual sex, the two aspects of sexual intercourse are parts of natural law between a husband and wife.

4. The Church and thus all Catholics have a mandate to hand on the teachings of the Church in the areas of sex and marriage and to have a voice in the public debate about marriage and laws surrounding it.

5. Marriage is for a lifetime, until "death do you part." It is here that the greatest threat against marriage exists and Catholics would do well to be as energetic as possible in stemming the tide toward divorce and multiple remarriages. This is for the benefit of families, children and the stability of society and the Church.

6. Because of original sin, we are all born "disordered" including our sexual appetites. Some sexual acts are inherently disordered, other sexual acts are natural and of God, in particular procreative and unitive sex between one husband and one wife which is a permanent commitment.

Finally, I recognize that many reading this are freaking out since the official teachings of the Church are difficult, especially in the area of sexuality where hormones sometimes control the mind rather than the intellect. Sometimes full consent of the will in giving into temptation is compromised by hormonal activity and so-called physical needs.These sexual urges could be understood as a part of our fallen and thus "disordered" humanity. It is here that both homosexuals and heterosexuals have recourse to God's Divine Mercy in Jesus Christ and in the Sacrament of Penance. Not all is lost and where we fail, God's sanctifying and actual grace will make up. We all fall short and if not for the grace of God all mankind is lost. Thank God for His grace, His Son, His taking our sin to the cross and for redemption and salvation.

In other words, Catholic sexual morality and the teaching on marriage is not meant to make the sinner who seeks God, His mercy and His grace, neurotic, scrupulous and anxiety and depression ridden. Saying yes to God in what He expects and what the Church teaches is meant to be liberating not oppressive. A healthy understanding of human nature, human imperfection and God's grace, mercy and forgiveness must be at the core of every aspect of our Catholic lives. If one is to obsess on any aspect of Church teaching in the area of sexuality, obsess on mercy and forgiveness. It's more healthy to be scrupulous about mercy and forgiveness rather than sin and damnation! Catholics are to be joy-filled, not shrill, angry and repressed!

This is the pinnacle we should be striving for. "WWJD" applies here. Your words "love the sinner, hate the sin" and Jesus's "those without sin, cast the first stone". And the ultimate in Mercy and Forgivness "who's condemning you now? Go, and sin no more". An excellent post, Father. Thank you for steadfast words.

An excellent post with which I take no exception.

Now, when you've tried to explain this to someone what kinds of reactions do you get? Perhaps as Clergy your attempts are tolerated better, but I can tell you from experience when I tried to express this position to others in discussion, the nearly universal reaction is laughter to the idea that anyone should in any way limit or control their sexual desires. It doesn't matter what their sexual orientation is, their political affiliation, or their religion; most folks, even folks who consider themselves "very religious" think I'm insane when I try and discuss abstinence instead of contraception or any subject touching on chaste love.

How have we fallen so far so fast?

The moral standard needs to be upheld and emphasized, that for ANYBODY that is not married, sex outside of marriage is a sin. And so the gay culture might mistakenly believe that by having "legal" marriages, then their relationship is ok. Which is a flawed assumption, because as we read in the gospel readings recently, Jesus Christ stated very clearly that "from the beginning the Creator made them male and female and said For this reason a man shall leave his father and mother and be joined to his wife, and the two shall become one flesh". I don't think this leaves much wiggle room to believe that man/man or woman/woman marriage is valid in any way, shape, or form.

The idea of the physical urges being part of our 'fallen' or 'disordered' humanity is difficult to accept because we would have to think of a part of God's creation as fallen or 'disordered'. It is easier to understand it in terms of the physical weakness it represents similar to excess food or drink. It is a little easier to deal with when, as said by G. K. Chesterton, we think of ourselves as a soul with a body rather than the other way 'round.

rcg, I don't believe we're implying that all "urges" are disordered. Some urges clearly are part of God's plan since they serve function and purpose other then mere pleasure. Any urge which produces only pleasure and no other tangible benefit needs to be considered an opportunity for abuse and sin because of it's selfish nature, wouldn't you agree?

"Heavy petting..." Wow, I haven't heard that term since high school. By the way, Fr., did I ever tell you about the little Italian girl I dated back then...Gina Statutori...perhaps in the Confessional...well, never mind.

Templar, I understand what you say. My point is that we need to take ownership of our sins. There is a temptation to shift some blame to the urge when it is our sin for succumbing to it. As with many things it is beyond out kin to know if the urge has no purpose other than pleasure, it may be that *we* do not use it in another way.

It is a pity they don't teach Freud anymore. In Western Anglo-Saxon society, for most of its history,the "urge" (which includes the urge to kill and conquer, rape and plunder) was sublimated and re-directed into creative and artistic or industrial activities...hence, the marvelous works of art,literature architecture, and industry designed to glorify God and better the lot of mankind.

Gradually, beginning in the mid-twentieth century (the seeds were there earlier), the "urge" has become socially acceptable in its primary (should we say "primal?") form. This has led to an obsession with self and pleasure, and to a certain immediacy of need gratification. Technology and marketing have seized upon this and offer to provide instant gratification in everything from sex to salvation. There has been a corresponding decline in the ability for "sublimation" to guide our behavior and creative efforts. This is why we now have poor to mediocre art, literature, and architecture, as well as a rapidly declining moral standard and value system. Human behavior, bereft of its religious and moral constraints, tends to descend to its promordial level.