ANN RICE AND THE SECULARIST ATTACK ON THE CHURCH 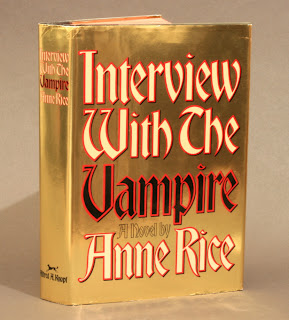 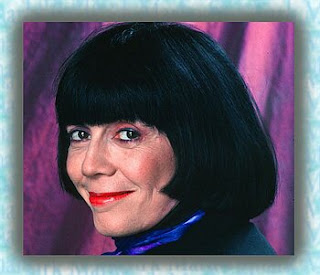 Ann Rice who was reared as a Catholic in New Orleans became an atheist at the age of 18. She says that her novels on vampires reflects the darkness of her life as an atheist as she writes her novels on these creatures from an atheistic perspective.

Two years ago, she underwent a conversion and returned to the practice of her Catholic faith. Last month, she publicly renounced her Christianity and Catholicism although she says she is till a follower of Christ, but prefers following him by herself without the help of organized religion or any Church. She's as mad as hell at the evil institution of the Catholic Church and won't take it anymore. Will the media's showcasing of the public notoriety of her defiance of the Church lead to the selling of more of her books? I don't want to impugn her moral character in this regard because I really can't judge that.

But the liberal secular media is having a heyday with her renunciation of Catholicism and Christianity. The reason for the media's interest is that she supports their poltical interests which are all a part of the total secularization of our world cultures including that of the USA.

1. She hates the Church for its stand on artificial contraception and the use of condoms especially when Pope Benedict restated the Church's teaching in Africa.

2. She hates the Church for oppressing women, especially for the Church's teaching on abortion, contraception and exclusion of women from the Church's ordained ministry.

3. She hates the Church for its teachings on human sexuality and for being pro-active politically to keep the ban on same sex marriage in place in the USA.

4. She sees being a practicing Catholic as being in bed with the devil; Catholicism is evil.


Secularists who are promoting through legislation and judicial processes the undermining of centuries of sexual mores and the traditional understanding of marriage will do anything to shunt the Catholic Church into the sphere of illegitimacy and irrelevancy. The demonization of the Church, of the Pope, of the bishops and of the priests is the primary way to attack Catholicism and annihilate its influence in the public square. Although it might work for a time, it won't win. Your comments?
Posted by Fr. Allan J. McDonald at Thursday, August 12, 2010

Publicity...publicity, all is publicity. Must be hard being a best selling author, converting then renouning when the going gets tough. The culture of death continues to deceive.
Same old song and dance, Father. Your comments are right on. Our soul saving Faith cuts across the bow of the culture of death. They will sink if they continue, we will swim if we continue. The beat goes on. We must continue to pray.

She says she wants to follow Christ, but she does not want "organized religion." Isn't it interesting that that sort of "Christianity" (if you can even call it that) is the sort that is just fine for secularists - the idea that Christ was a great moral leader who taught that we should all hold hands and be nice to one another? I'm not certain exactly what morality these people suppose Christ taught, since it apparently includes doing anything that the human body is capable of doing, as well as many things it isn't.

This is an individual case of what so many "Catholics" devolve into - creating Christ in their own image and wanting Christ without the Cross.

And note the timing! A little over a year after her biography (Called Out of Darkness: A Spiritual Confession) came out about her return to the Catholic Church which was on the bestseller list for weeks!

Rice's writings are a barometer for when she is off her psychotropic meds. She is mostly a four-alarm head case.

What is especially troubling is that the young people who read Rice's novels are hungry for something. They want a spiritual life. They want the supernatural. Unfortunately, they do not realize or have not been sufficiently taught that the supernatural is easily accessed by prayer and the sacraments. Maybe the secularization of the Catholic Church since Vatican II has helped foster the disregard of our rich inheritance. If all mystery and awe is absent at Mass and it is reduced to a community celebrating itself, it will never satisfy the spiritual hunger we all have.

Even worse, Rice's popularity, along with the author of the Harry Potter series, indicates just how we have failed to warn our young people about the dangers of dabbling in the spiritual realm outside the protection of the Church and the utter bankruptcy (and dangers) of superstition.