CLICK ON THE PHOTO BELOW AND ALL OF THEM CAN BE VIEWED, AND THIS IN A CHURCH WITH SEATING ON THREE SIDES LIKE THE NEW ST. ANNE CHURCH HERE IN RICHMOND HILL: 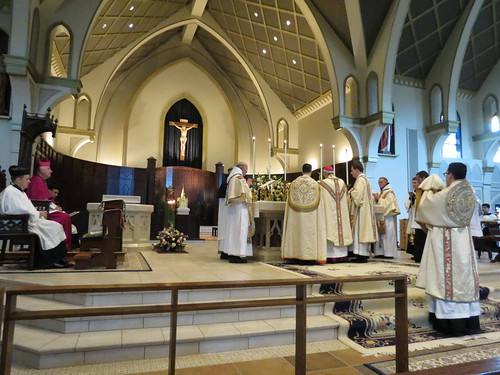 Speaking of "extraordinary", congratulations to the Diocese of Savannah---on Tuesday night, a Catholic was elected to the State House in this mostly Protestant district---Stephen Sainz of Camden County (House District 180) defeated Jason Spencer in the Republican primary. Sainz is member of Our Lady Star of the Sea Church in St, Marys. Not often Catholics are elected to the State Legislature in Georgia, much less below the "Gnat Line."