THIS HAS NEVER HAPPENED TO ME IN OVER 38 YEARS OF ORDINATION UNTIL LAST NIGHT!

WHAT IF IT'S THE PRIEST! AND IT WAS! 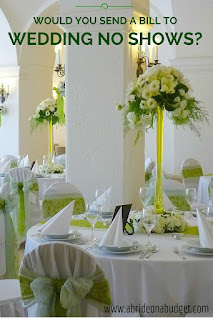 We had a splendid rehearsal and rehearsal dinner on Friday night and I was ready for a nice wedding and sit down reception at the Cathedral and the Savannah River Front Westin.

The wedding was at 7:30 PM at the Cathedral some 20 miles from Richmond Hill but a quick shot from nearby heavily traveled I-95 that leads to I-16 which empties into downtown Savannah.  I can get there from Richmond Hill in about 20 to 25 minutes.

There are only two ways to Savannah from Richmond Hill--the I-95 way or taking Highway 17 which is less than a half mile from St. Anne's which takes you to 204 which is Savannah's Abercorn Street and where the Cathedral is some 20 miles away.

As I passed 17 onto my way to I-95 I noticed that on-coming traffic was in gridlock with tractor trailers buses and cars at a stand still. My lanes were clear heading toward the interstate and as I got to it, the state patrol had blocked the entrance ramp to north bound I-95! All traffic from I-95, which is like a New York highway in terms of traffic, was being diverted to Richmond Hill's two I-95 exits both of which lead to Highway 17 and then 204 and then into Savannah.

A fatal single car wreck ejecting three people and killing two instantly had occurred slightly beyond the north bound ramp I wanted to take. I-95 was closed for several hours! God rest their souls!

So at 6:40 pm I had to make a u-turn and get into the gridlock of the opposite lanes heading back to Richmond Hill and High Way 17 where I needed to make a left hand turn.

What was only a half mile drive to the intersection I did not arrive until 7:30 PM. But 17 and 204 were in gridlock too and it would have taken me another two hours to get to Savannah!

If there had been no one to take my place at the wedding, the weding party and guests would have had to wait until about 9 PM for me to get there!

I am certain the couple was very dissappointed that you could not officiate, but thank God that modern technology served a very useful purpose!

I had to step in at the last minute and preach a first mass once when the scheduled preacher was delayed by rainstorms.

Since 2015, because of my regular visits with an excellent Savannah doctor, I have noticed that traffic in and around Savannah has become quite a bit more gridlocked than it used to be just a few years ago. Not so different downtown but congested in the outer roads leading in once you come off an exit (DeRenne, I believe, leading to Memorial Medical Center can be very frustrating).

One can get quite "spoiled" living in a smaller town like Waycross. I drove my 1931 Model A phaeton twenty miles in to church this morning (about 50-55 mph on the highway). That Model A is my weekend car (it would be harder to drive something like that in a larger, more congested city).

It is good that you had them in your mind to make that call while dealing with the obstruction. That is a great complement to them and your duties.

I was once at a wedding where the rabbi got in an accident on the way to the service. The mayor was a guest and somebody convinced him that he was legally authorized to perform weddings. He wasn't, of course. The happy couple had a do-over after they got back from the honeymoon.

Joseph is absolutely right about traffic in Savannah---it is a hard city to get through, especially east-west access. The Truman Parkway helps some, but you still have to access congested Abercorn to get to that from 95. The numerous water crossings make access more difficult. And 95, well it is getting so congested that talk in North Carolina for instance is adding lanes to 95 there, even though the highway goes through mostly rural territory. Virginia is even worse---one time, traveling from Richmond to Northern Virginia on 95 (well, it was Good Friday), a distance of perhaps 100 miles (like driving from Savannah to St. Marys on the Georgia caost), it took nearly 4 hours....

But things could be worse---could be here in the Atlanta area. Last week, in an area just north of 285 (Sandy Springs), it took me about 45 minutes just to go 4 miles---cold have run that faster!!! You can never build your way out of congestion in the Atlanta area---new and wider roads inevitably fill up. It is like trying to bail out the ocean!!!!

Atlanta Traffic... I spoke once with the former auxiliary, David Talley, about getting to Confirmations on time, given that one breakdown on an interstate can hold things up for hours. He said that they always allowed TWO extra hours travel time if they were going outside the perimeter.

Savannah has gotten worse in the last decade. One "secret" crosstown route is 37th street. You can go from Bee Road to the I-16 ramp pretty easily, even at "rush hour" time.

And with the explosive growth in West Chatham, especially Godley Station, where the new Corpus Christi church is being built, well, I just don't go there anymore!

It happens. At least a priest could celebrate in your absence.

God's mercy on the person who died in the crash.

"Not only did I prepare him to be received into the Church but I prepared he [sic] and his fiance [sic] for marriage."

Who writes this and who sub-edits?