BUT DID SAINT JOHN THE BAPTIST REMAIN SINLESS THROUGHOUT HIS LIFE? THAT IS THE QUESTION.


Is this when Jesus baptized John and forgave him his original sin? 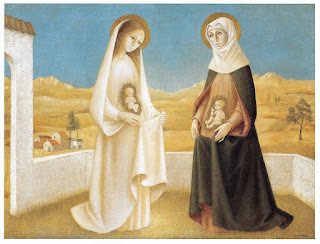 
The soul of St. John the Baptist was sanctified prior to birth at the Visitation.
New Advent says the following:

The soul of the precursor was not preserved immaculate at its union with the body, but was sanctified either shortly after conception from a previous state of sin, or through the presence of Jesus at the Visitation.newadvent.org/cathen/07674d.htm

Denzinger (Sources of Catholic Dogma) cites the Profession of Faith of Durand of Huesca saying the following:

421 By the heart we believe and by the mouth we confess that the Father also and the Son and the Holy Spirit, one God, concerning whom we are speaking, is the creator, the maker, the ruler, and the dispenser of all things corporal and spiritual, visible and invisible. We believe that God is the one and same author of the Old and the New Testament, who existing in the Trinity, as it is said, created all things from nothing; and that John the Baptist, sent by Him, was holy and just, and in the womb of his mother was filled with the Holy Spirit.archive.org/details/TheSourcesOfCatholicDogma

I do not recall seeing this in any Catechism or Catholic Biblical Commentary I have read, though I suppose it is possible I have somehow missed it. Furthermore, the article from New Advent that I linked above provides no source for that statement. Ott does not mention it in Fundamentals of Catholic Dogma at all.
Posted by Fr. Allan J. McDonald at Thursday, May 31, 2018

It’s helpful to have good Catholic scripture scholarship available for theee questions. Here is what Cornelius a Lapide says, talking about St. John’s leaping at the Blessed Virgin Mary’s visitation:

It is a stretch.

Is it necessary to preserve the truth regarding Jesus to believe that John was peculiarly preserved?

Found much of Lapide online: http://www.catholicapologetics.info/scripture/newtestament/Lapide.htm

I bet Mark Thomas will argue and post numerous links that Pope Francis was born without original sin.

Just watch. Somebody needs to post an opinion stating they do not believe that Pope Francis was born without original sin. Argue that Francis does indeed commit sins. Mark Thomas will publish quotes proving, in his mind alone, that Francis has never sinned. He would probably quote Francis himself, as Francis likes to quote Francis to prove Francis’ opinion. Just wait.

Maybe. But when John encountered his Saviour he had the right response. Isn’t that his place in the Gospels?


The Blessed Virgin, in being conceived without Original Sin, was the beneficiary of a singular, unique privilege by God granted to no other human being. She was indeed both "highly favored" and "full of grace", both terms being fitting descriptions of her special status in the plan of God, and her spiritual relationship to the Divine Trinity.
To be favored can signify to be both exempt in some way, and also to be bestowed with some kind of gift. The Mother of our Savior was truly highly favored in being exempted from contracting Original Sin and it effects, and also in being gifted by God with the fullness of grace. The Immaculate Conception was proclaimed a dogma by Pope Pius IX, and is therefore required to be believed by Catholics.

John the Baptist was not conceived without Original Sin, but it certainly is within the realm of belief that he was born without it, having credibly been the beneficiary of a unique and special baptism by the power of the Holy Spirit, acting through the unborn Christ.