WHEREAS BEANS MAKES SOME GOOD POINTS IN A TOO LONG ARTICLE 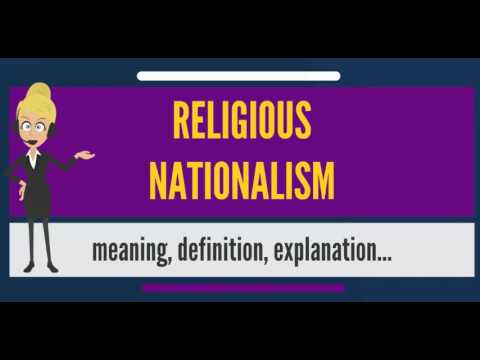 Press the title below for the complete article. While the Catholic Church has always had disruption in a harmonious way, it usually did not affect the manner in which the Sacraments were celebrated, especially the Holy Sacrifice of the Mass. The harmonious disruption was in the devotional life of the  Church that experienced inculturation from the many cultures of the Church. The devotional life of Mexicans or Filipinos, for example, is and was quite different from Anglo Catholics and that was a good thing.

But today, there is a kind of Eastern Orthodoxy Nationalism entering the Latin Rite all due to the loss of uniformity of ritual and language (Latin) in the liturgies of the Church especially the Holy Sacrifice of the Mass. This Catholic Nationalism due to the loss of a common liturgical language, Latin and the Balkanization of the sacramental culture of the Church feeds political nationalism and exacerbates it.

Hierarchy and theology alike are caught up in Catholic disruption

Editor's note: Following is the transcript of a June 7 talk given by Massimo Faggioli at the annual conference of the Catholic Theological Society of America held in Pittsburgh.
Institutional Church and Academic Theology in a Time of Catholic Disruption
1. The church in a time of disruption

Once, Catholicism was a synonym for status quo; now, it could be disruption. The institutional church is not exempt from the crisis that is affecting all institutions today: a social and political crisis, in part a response to growing inequality, which in many countries has brought to power parties and political leaders harboring xenophobic if not racist sentiments; a crisis of globalization in terms of a redefinition of international political alliances and alignments; a cultural and intellectual disruption where the emergence of a social-media-driven public discourse shapes a redefinition of the role of knowledge and scholarship, together with the crisis of authority of cultural institutions and education.
Posted by Fr. Allan J. McDonald at Saturday, June 08, 2019

I don’t agree with the position very much at all. It misses, IMO, the historical view of the Church. The Church has always helped people deal with the isses of their times. This not because the Church is unchanging but because it is always relevant outside of the Zeitgeist.

For us easterners, we are most certainly not without sin, and without our faults, but I will say I have seen more unity in Orthodoxy than I do in general in Catholicism.

1. I would actually agree to some degree that the post-Vatican II changes actually created more distance between the various cultures in the parishes. But this is not to say such things did not exist. As we know, there were the German parishes, the Italian parishes, Polish parishes, which were of course created for ministering to these peoples, and while per se, all were welcome to come, what happened on the ground is parishes kind of created a type of ghetto. (Phyletism (superiority of race, or the use of a church as kind of like an exclusive club only for certain types of people) was condemned as a heresy by the Russian church a long time ago, doesn't mean there are not people with those attitudes though)

2. I would say that to some degree having too much centralised is a major problem. When those that were in the western patriarchy decided to adopt the Liturgy of the church of Rome, I actually think this was a bit problematic to some degree. The other extreme is what we have seen post-Vatican II, where we have a divergence between parishes. Some parishes are orthodox, and uphold the faith, and do the Liturgy reverently, and some do not (to be a bit polite). The one thing I can say is that at any Orthodox parish in the world, outside of the cultural differences, chanting differences, etc, the Liturgy follows the same structure everywhere. There are no surprises! For the Novus Ordo parishes, it's more like a game of Russian Roulette, one never knows what one is going to get.

3. To some degree this will probably sound counter intuative, but I thinnk it's best that things get in the open so that they can be dealt with, it's better to not have unity, rather than unity under false pretenses, or everyone pretending as if they share the same faith, when it is clear they do not.

Sophia: “To some degree this will probably sound counter intuative (sic), but I thinnk it's best that things get in the open so that they can be dealt with, it's better to not have unity, rather than unity under false pretenses, or everyone pretending as if they share the same faith, when it is clear they do not.”

Beans gives us his usual cassoulet of subjective analysis obfuscated with jargon in a futile attempt to make him appear cleverer than he is.

One particularly stupid comment stood out - he accused Marcel Lefebvre of having a 'schismatic interpretation of Vatican II'. One does not need a degree in theology to know that schism is an act, not a hermeneutic, and that interpretations of anything, from Scripture to conciliar pronouncements, are the stock-in-trade of theologians, of whom Beans claims to be one.

His own interpretation of the post-V2 liturgical reform is challenged by theologians and liturgists more eminent than he. This doesn't make him, or his critics, schismatic.

I could go on, but will not bore readers with a detailed critique of his dubious assumptions.