Copied from the Deacon’s Bench:

The Conservative Catholics Who 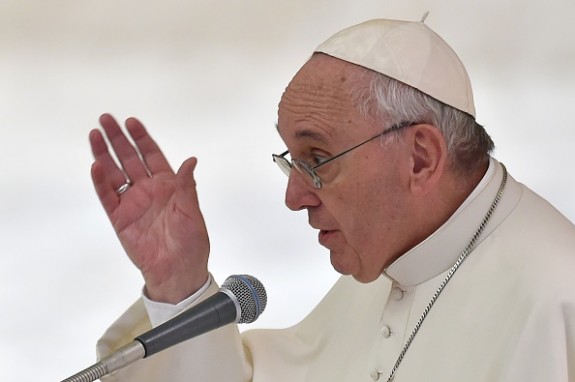 One of them is my friend and blog neighbor Father Matthew Schneider, who is quoted here:

By and large, opinions about Francis are as predictable as they are militant. Theological and political liberals take a positive view of the Holy Father; conservatives, not so much. Those on the Church’s right wing have strongly supported the 2016 dubia (a request for clarification of the apostolic exhortation Amoris Laetitia), and many defended the 2017 correctio filialis (filial correction) – though most stopped short of endorsing 2019’s “heresy letter”. This is the group dismissed by the LA Times as “cranky”, by Reuters as “extremists” and by Fr James Martin as the “Catholic alt-right”.
And yet not all theological conservatives and liturgical traditionalists oppose Pope Francis. A vanguard of well-known writers, academics and priests have stood against the tide of partisan opinion to defend the Supreme Pontiff.
For the Legionary priest and blogger Fr Matthew Schneider, defending Pope Francis is part and parcel of his priestly vocation. “To me, the call of the priest online is primarily part of the munus docendi – the power or duty of teaching – which is among the three munera [duties] we receive at ordination,” he tells me. “As such, we are called to defend, explain and promote the Catholic Church and her teaching primarily through words.”
Fr Schneider thinks the problem of anti-Francis conservatives is inherent in the word “conservative” itself – that is, applying partisan language to spiritual matters. “I am strongly orthodox and Catholic,” he says, “but I don’t identify with any political label.”
He’s also skeptical of drawing too sharp a line between Pope Francis and his predecessor, Benedict XVI, who remains a hero figure to orthodox Catholics. “Even though Pope Francis speaks in a different manner to the popes we remember, I don’t see major problems with what he says or his way of speaking,” he tells me. “We need to realise that Francis is more of a pastor, while Benedict … is more a theology professor, so the latter is more used to precise theological language.”

Nope, can't defend the spoken AND written words coming from the Vatican. When even a cursory glance comparing the past with "Francis Vatican" leads reasonable people to wonder if they are reading some type of wiccan/masonic garbage.

It's fear of facing this, that makes one try to defend.

This is more proof that the Legionnaires of Christ are a cult.

Regardless of where one "stands" on any of these issues pertaining to the current Pontificate, that is one of the most thoughtfully-constructed, even-handed, and well-written articles, of any kind, I have seen on the subject.

One must work very hard to slay that most Satanic of deadly sins (i.e. Pride) to stop looking for conclusions one WANTS to make (either pro- or anti- Pope Francis), and accept the conclusions that an objective weighing of the facts will, of necessity, produce.

I believe this particular pontiff will never truly be understood until long after he has passed from he scene. I do get a sense that many years down the line, his harshest critics and detractors will, retroactively, give thanks to God for his having been given to us at this time. God works in very mysterious ways.

The apostles were no theologians. They listened to Jesus and took his teachings at face value. Peter told the Lord, where shall we go....you have the words of everlasting life (John 6:68). Peter spoke as a believer. He was inspired by what Jesus had to say. Even those who did not like the the message understood: Jesus gave them no room for fudging the truth, they found no other incentives to hang around, so they left.

After 2000 years the message is still the same. Some accept it because they recognize Jesus and the good news he left us is the way, and the truth, and life. Those Bishops who believe like the Dubia Cardinals are with Peter, the others want their own way, their own truth and not the life the Son of God offers them. The former shepherds want to guard the sheep from wolfs, the others just see them as a way of making an easy living, or perhaps to do the bidding of the Evil One.

Nothing would make me happier than to be proven wrong about PF. What raised my attenna with PF is his criticism of Faithful Catholics