JUST WHEN YOU THOUGHT MARRIAGE COULD NOT BE REDEFINED EVEN MORE THAN IT HAS BEEN REDEFINED, THINK AGAIN! 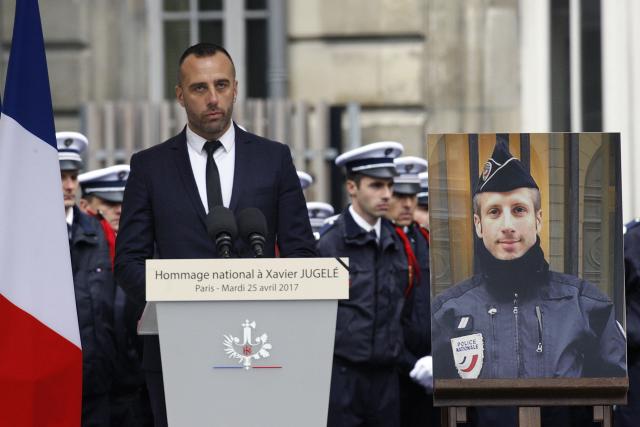 A gay police officer killed by a gunman in Paris was married in a posthumous wedding that’s believed to be a historic first.

Xavier Jugelé, 37, was shot dead April 20 on the Champs-Élysées three days before the French presidential election. The Islamic State later claimed responsibility for the attack, which left two other officers wounded. The gunman, identified as Karim Cheurfi, was shot dead by security forces.

Though details of Wednesday’s nuptials are scarce, Etienne Cardiles married Jugelé in a ceremony attended by former French president François Hollande and Paris Mayor Anne Hidalgo, The Guardian reports. It’s believed to be the first posthumous same-sex wedding to take place in France (where marriage equality has been the law of the land since 2013) and possibly the world, according to the BBC.
Posted by Fr. Allan J. McDonald at Friday, June 02, 2017

It says "first posthumous same-sex wedding." Has there ever been a posthumous normal wedding?

No big deal. France joined the EU after Europe had been dead for twenty years.

I wonder if there's some way I can marry Jacqueline Kennedy-Onassis.

A saying I once heard comes to mind (attributed to the ancient Greeks) "Those the gods would destroy they first make mad."