Please pray for the happy repose of the soul of Msgr. John Cuddy retired priest of the Diocese of Savannah. He was 88 years old and ordained a priest in 1953, several months before I was born! I followed him as pastor of Saint Joseph Church from July 1, 2004 until June 21, 2016. Until today there were only two living former pastors of St. Joseph Church, now there is only one. 😭

Monsignor Cuddy died at 12:15 pm EST, a few minutes after having received the Last Rites of the Church. He died exactly 15 minutes into the presidency of Donald John Trump! No correlation, I don't think but who knows?

Monsignor John Cuddy in September of 1997 as St. Joseph Church looked then with the original altar railing in the original position on the third step between the main pillars of the church: 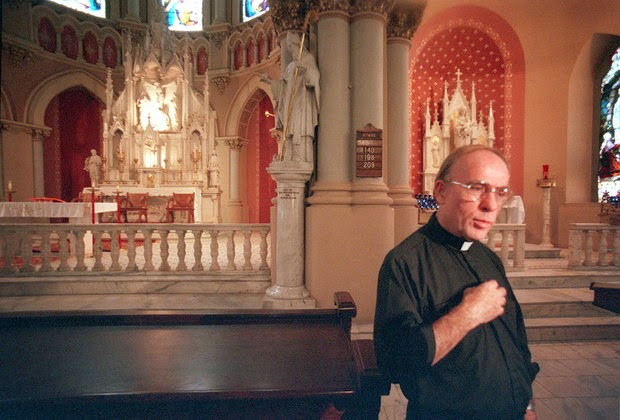 Monsignor Cuddy's 60th Anniversary of ordination in May of 2013: 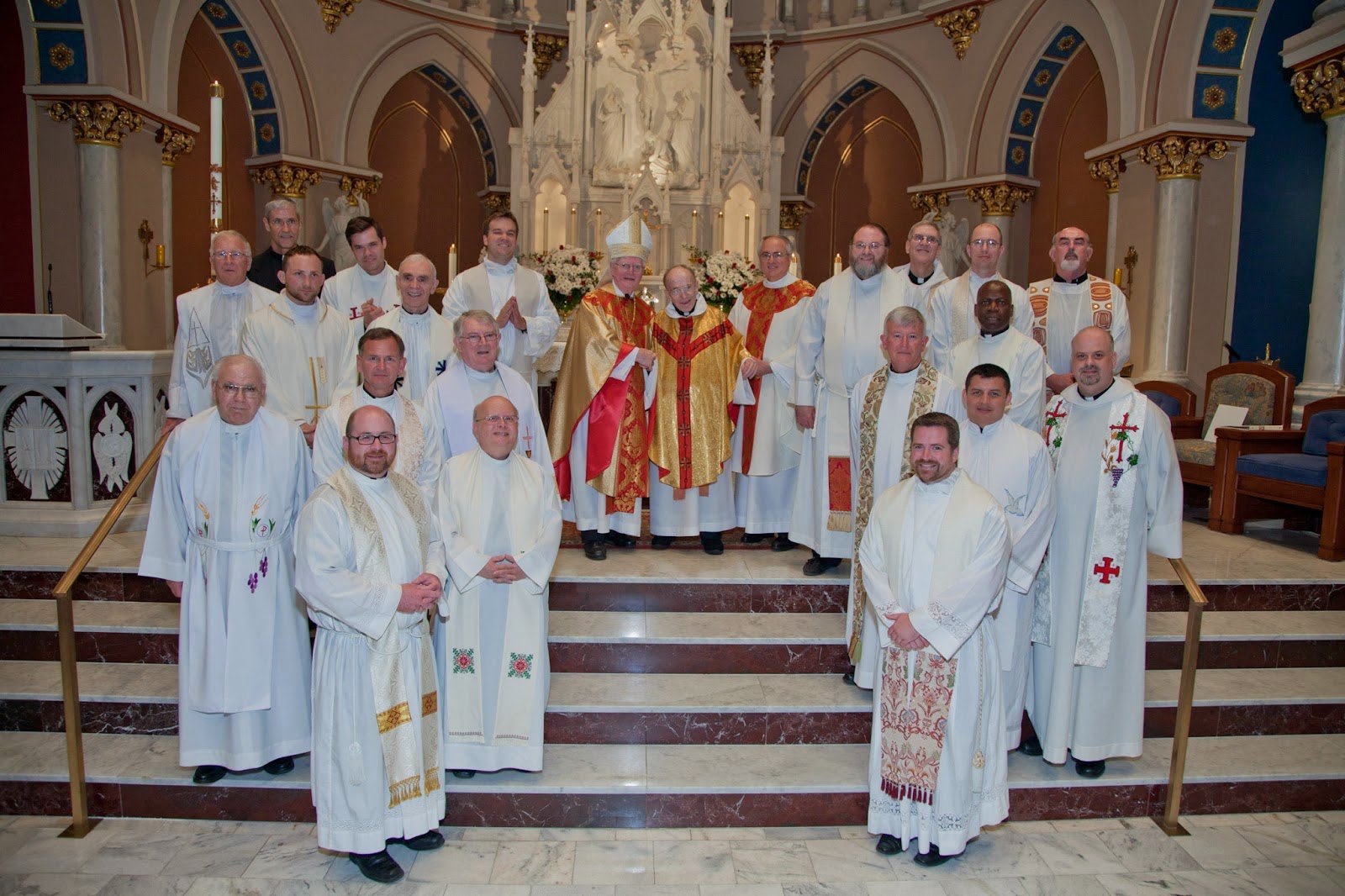 Eternal rest grant unto him O Lord; and let perpetual light shine upon him. Rest In Peace! Amen! May his soul and all the souls of the faithful departed Rest In Peace. Amen!

Msgr. Cuddy was down to earth and had the smell of his sheep on him. He was also a prince of a priest, a scholar and a gentleman!
Posted by Fr. Allan J. McDonald at Friday, January 20, 2017

What a lovely tribute to your brother priest.


"We are called to work for the development of the culture of life, showing that every season of life is a gift of God and has its beauty and importance, even if it is marked by fragility."

Father Cuddy will live forever in our hearts.
He was a kind, soft spoken man. He was a Holy man.
He lived his life helping others. He lived his life waiting to see the face of God.
As we tell him goodbye tomorrow we cry for ourselves because our heart misses him.
He made the world a much better place.
He taught me and my family about a loving God. He changed our lives.
God Bless Him.

I went at sunset today to sit beside Father Cuddy's grave.
To me sunset on a fresh grave is so sad. I know Fr. Cuddy is not there
but at dusk I just did not want his grave to be alone. I thank God
for all the wonderful Holy priests that were helping with his funeral mass.
A priest is such a special human being even if at times we don't always agree with them.
There is a special place in my heart for Priests. We need them so badly.
Fr. Cuddy will always be special. He listened when I wanted to leave the Episcopal
Church to become a Catholic. I had wanted this since the age of 7. It bothered
me to leave the Church of my family. I did not want to be different. Family
members went with me to RCIA classes so I would not drive to downtown Macon at
night alone. Father Cuddy smiled and gave me a wink when to my shock My entire
family converted to the Catholic Faith on that very special Easter night.
God Bless Father Cuddy and all of his fellow brother Priests who with
dignity buried him on that beautiful hill in the Catholic Section of Rose Hill.
All of you would have made Fr. Cuddy so happy.

P/S Watch the time if you go to a cemetery near dusk. You just might get locked in.
I lost track of the time and had to find help to unlock the gates. Scary and not a safe decision.