ON THIS FEAST OF SAINT SEBASTIAN, EGGS SHOULDN'T BE THROWN AT CATHOLICS BUT ARROWS! 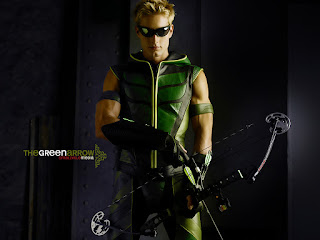 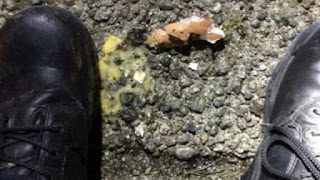 My ancestry on my father's side is Catholic Scotland who immigrated to Nova Scotia in the 1800's. I wonder if I have any relatives in the church? Maybe I need ancestry.com to find out!


Priest and parishioners pelted with eggs outside Fife church (SCOTLAND)

A priest and parishioners at a Fife church have been attacked with eggs and subjected to anti-Catholic abuse as they made their way into Mass.

The incident happened on Tuesday at St John and St Columba's Church in Rosyth.
Police Scotland said they were investigating the incident.

Last July, a visiting priest in Broxburn, West Lothian, called in police after both he and parishioners were subjected to anti-Catholic chants by youths standing outside a church.

Police also had to be called in May 2015 after St Andrew's parish in Livingston was extensively spray-painted with anti-Catholic graffiti.

Father Kevin Dow, St John and St Columba's church priest, said: "It's dreadfully sad that in today's Scotland we still have young people who seem to be brought up or encouraged from elsewhere to be anti-Catholic and to do so in an open, intimidating and violent way."

A Police Scotland spokeswoman said: "Police in Fife received a report of a disturbance outside St John's Church in Rosyth on the evening of Tuesday 17th January.

"Officers are following a positive line of inquiry."

Not sure about "youths": another report I read said that it was a group of 12-year olds who were responsible. Either way, it's no doubt the umpteenth incident in a long line of tit-for-tat squabbling between the two communities (for every Protestant kid throwing eggs, there's a drunk Catholic singing "ooh, ah, up the 'RA!").

Perhaps this is more anti-Catholicism from the Right, as opposed to the Left, the latter which seems to be more in common these days in the US---though there are probably parts of the rural south where the Fundamentalists (First Baptist of ABC) regards Rome as the anti-Christ in Revelation. Years ago, the late Ian Paisley, a Presbyterian minister, was a rabid anti-Catholic in Northern Ireland---and no one ever accused him of being on the Left.

As for Trump, I'm not sure he has any fixed ideology, but if there were ever any reason to vote for him, the judicial system alone would be enough. Clinton-appointed judges would have just undermined the Church even more.

I was surprised how prevalent it still is in many areas. I thought it would have died out but my daughter saw it mainly in the urban areas of Glasgow and other towns among the "working class" who nurture thase emotions. Edinburgh is trying model London's Great City Agnosticism so uses a more sophisticated social violence. I personally think it is a poison fed the people by the political class and not really a religious problem at all.

What do the permanent UK contingent think?

Difficult to call. Sectarianism is still prevalent in Scotland and Northern Ireland. I know more about NI (where my father's family originates) than I do about Scotland, and although NI Catholics claim to be non-sectarian and the victims of Protestant sectarianism, I believe there is bigotry on both sides.

England is a different matter. The Church of England is too much of an irrelevance for its adherents to be anti-Catholic - Anglican anti-papalism died out with the generation previous to mine. However, since the English Catholic Church is also in a mess, doctrinally and liturgically, neither side is in a position to throw stones.