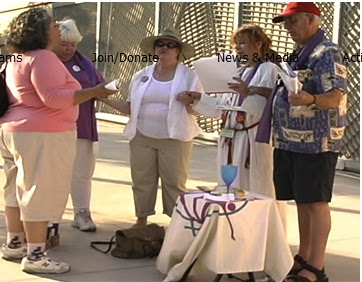 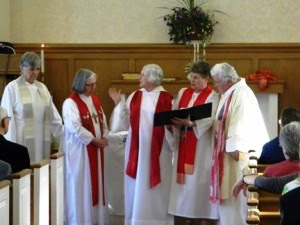 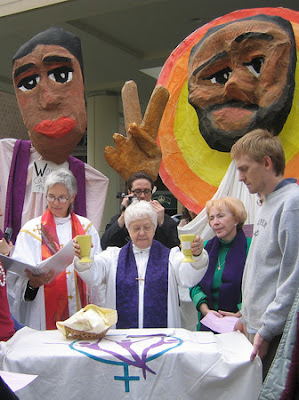 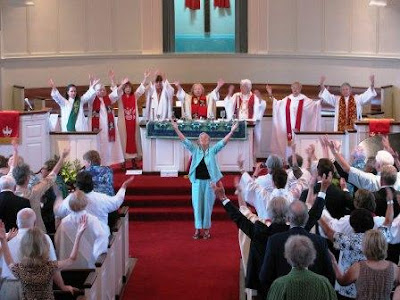 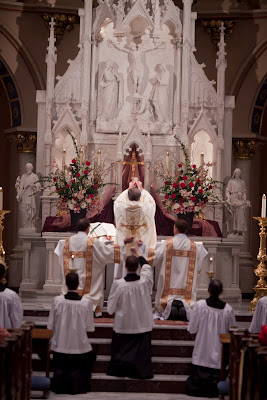 You can have EF sensibilities without tweaking the OF Mass that much. I don’t agree that it is necessary to have Psalm 42 in the Prayers at the Foot of the Altar, especially since the official Introit is a Psalm and in the EF Psalm 42 is omitted for Requiem Masses and it was eliminated in the 1965 missal and it does tend to extend in a cumbersome way this part of the EF Mass. So my most humble suggestions for a future reform while not tinkering too much with the order of the OF Mass:

Penitential Act at the Foot of the Altar to include the Sign of the Cross, all kneel, ministers bow for the introduction to the Penitential Act which becomes, “I will go unto the altar of God, with its response, and the exclusive use of the Confiteor and absolution. Afterward all stand and the Official Introit is chanted, the altar is kissed (incense if used) and the priest goes to the chair for the Kyrie, Gloria, then the Greeting and Collect.

Having the Penitential Act at the Foot of the Altar gives it some visual, artistic elements currently totally lacking and situates it as a prelude to the actual Mass, a sort of purification rite prior to approaching the altar of God. In place of this penitential prelude, the Extraordinary Forms Rite of Sprinkling Holy Water could take place and would similarly be a prelude to the Mass and approaching the altar during the chanting of the Introit.

The official Offertory and Communion Antiphons should be made mandatory in the OF GIRM but not to exclude additional motets or anthems at that time to cover the action of the offertory and the Communion procession.

It wouldn’t be that dramatic to return to the former offertory prayers, but I wouldn’t see this as absolutely necessary.

The Last Gospel was eliminated in the 1965 missal. I don’t advocate its return to the OF Mass, but if it were to be returned it should be after the Prayer after Communion and prior to the blessing and dismissal.

Of course another solution is to leave the OF alone but offer an EF order of the 2012 missal but leaving in tact the OF Liturgy of the Word and calendar. That would be simple and it could be the EF order in the vernacular or Latin.

A slight revision to the OF calendar should occur too and use the Anglican Ordinariate’s well-done version of it which you can find by pressing HERE.

Then the 1962 missal would be only for those communities that want it and under the SSPX Ordinariate if that comes about or the FSSP under the local bishop.

Father, I applaud your desire to bring extraordinary sensibilities to the Ordinary Form. The OF is a gift from God; I wonder if we are using it properly?

This is certainly an interesting time in Church history - two forms of the Latin Rite. We've only ever had one prior. Of course we do have twenty other rites.

The Extraordinary Form of the Latin Rite dates back to Gregory the Great. Actually prior to him as the Mass was in existence, it's just then our first written accounts are made of it.

So for nearly all of Church history we had one form of liturgy. From a group of twelve men came a Church that would be built to last at least two thousand years and span the globe with over a billion members.

Twenty ecumenical councils had been called during that time to deal with serious crisis when it arose: Arius, Luther, papal infallibility. The last was cut short but essentially got its work done. There was nothing left to do nor any crisis when Vatican II was called.

From the first pastoral council came a set of documents which fifty years later haven't been properly interpreted or implemented yet. Many people agree that there wasn't a crisis prior to the council yet there certainly is one now.

From this council also came a new form of Mass. Compared to the old this newer version was a very radical change. It introduced many of the changes Luther, Calvin, and Cramer brought to their denominations. Other changes occurred that were not called for by the council. The Mass of ages although not officially banned was in practice forgotten.

In the 1960's society went into upheaval: sexual revolution, information tech, global travel, space travel, the Age of Aquarius. Just when we need Her the most the Church changed; the Second Pentecost some called it. The most notable change was how we prayed the liturgy.

Now that the generation that thrust change onto the Church is being called to Judgement, perhaps we should examine the fruits and consider redeploying the gifts we've been given.

If the mutual enrichment Pope Benedict envisions for the reform of the reform results in the Ordinary being very similar to the Extraordinary it begs the question why have two forms?

My vision for the OF would include:
-Confession 1/2 hour prior to Mass
-prayers at foot of the altar
-chant
-properly appointed & attired Lectors who proceed into the Sacristy with priest and stay there for the entire Mass
-Latin Canon
-return of some of the prayers stripped away. Namely those focused on sin, salvation, saints
-scrap the sign of peace
-altar rails


The council fathers wanted the Mass simplified in order to be more attractive to our fallen away brethren. What we've ended up with is practically the same liturgy as high Anglican or Lutheran. I say we get the OF back to original plan and make it a simpler EF, not a Catholic version of what the Protestants have now.

May God bless you,

Kitchener Waterloo, I realize that the focus of your interesting comment is on the form of the Mass, but your views about that topic seem to rest upon a much more general important claim:
“There was nothing left to do nor any crisis when Vatican II was called. . . . Many people agree that there wasn't a crisis prior to the council. . . ”

One way to try to evaluate that claim is directly to explore the reasons, stated and unstated, why the Council was convened. However, partly (but not exclusively) as a way of getting to those, I would like to propose a “What if” thought experiment: What would have happened, what would the Roman Catholic Church look like today, in the United States and the rest of the world, if Vatican II had_not_taken place?

I do not have an answer to this question myself, but I wanted to put it out there in case someone else does. Of course, I realize that such “What if” questions are impossible to answer with any great precision because there are so many interacting variables, but speculations may nonetheless be usefully suggestive. I also realize that in reaching an ultimate judgment on the value of Vatican II we also have to factor in any negative consequences that have flowed from it.

P.S. Father, I meant to say at the beginning of my comment that the changes you suggest seem like very good ones, especially the penitential act at the foot of the altar.

Anonymous 2, whereas each previous council had been called to solve some existing problem, Vatican II in a sense was called partly because no such problem was perceived. Instead, in the triumphant atmosphere of the 1950's, it was believed that the Church was ready to go out aggressively into the world and win it for Christ. So the job of.the Council was to frame the Church's message in the language of modern man, in winning language. Of course, after 40+ years it appears that the Council failed disastrously in its task.

FRAJM,
I think a better, more cohesive instruction would keep the Introit Proper in tact, and let options come more into play at the Offertory, which would still allow for the choral Proper or motet, as well as a well chosen fourth option that is lectionary based.