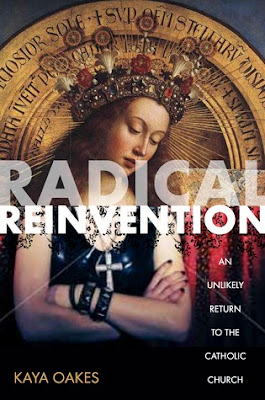 I continue to be amazed at how reticent so many are to implement SP and start celebrating the Extraordinary Form of the Mass for those who request it in their parishes.

I think it is the age old story of just not being able to keep up with the times and being too closely aligned to a particular theology or period of time. It is very difficult for people ordained in the 1980's and prior to believe that everything they were taught about Vatican II and Liturgy can be in any way questioned and that a return to more ancient practices is quite possible once again.

Of course they were schooled in the hermeneutic of rupture and bought into it "hook, line and sinker" and just cannot fathom that everything old is new again.

I've said this before, but many seem to make ecclesiology, sacramental theology, and pneumatology into such a wide contrast between the EF Mass and the OF Mass as to prove the Holy Father's position that there was a rupture in the Church as a result of Vatican II but not necessarily from the documents themselves but how these documents were written that allowed for a rupture theology subsequent to the Council that has been rampant almost since day one of the close of the Council.

But the bottom line, if there is an improved "ecclesiology, sacramental theology, and pneumatology" received from the Council and developed over the course of the past 50 years, what fruit has it developed?

Well, for a smaller and some say less "pure" Church it is good for those who have stayed or is it? Surveys today tell an abysmal story about Catholic belief and practice amongst rank and file clergy and laity when compared to their counterpart prior to the Council.

The greatest strength of the Pre-Vatican II Church has to be viewed from the perspective of what percentage of Catholics actually attended Mass each Sunday and that was close to 90% of all Catholics. Today it is a miserable 20 to 30 % depending on the part of the country. That is failure no matter how you cut it.

On top of that those Catholics who attend have a very fiercely independent type of faith that is not necessarily Catholic, it is make-it-up as you go. It is not based upon humble acceptance of the Faith and Morals of the Church as well as Canon Law. It is based upon wishful thinking. This is a miserable failure of the post Conciliar Church too.

No matter how you cut it, the Church has been in crisis mode since about 1968 if not a couple of years earlier and the one consistent reason for it is how Vatican II was interpreted and implemented by Pope Paul VI, the Bishops in union with him and the rank and file theologians of the day and finally parish priests and congregations as well has those in religious orders. It has been a disaster.

Like an alcoholic who has to hit rock bottom before overcoming his/her denial of their disease in order to do something about it, there is a significant group of Catholics who would be classified as "post-Vatican II modern Catholics and proudly so" who are in gross denial and need to recognize that denial and become part of the "Reform of the Reform within continuity with the pre-Vatican II Church." This has ramifications for not only the Liturgies of the Church and specifically the Mass, but also for ecclesiology, sacramental theology, and pneumatology. We can no longer accept the post-Vatican II perspective on any of these as the status quo that can't be changed and reformed and within continuity with the pre-Vatican II Church.
Posted by Fr. Allan J. McDonald at Friday, July 20, 2012

There is a parallel between the people who panic over any change to the liturgy, believing that all of Vatican II will be reverted, and the people who respond to the need for reduced spending by insisting that they will lose all medical care.

The media have indulged in hyperbole for so many years, it seems to have become second nature to many people.

There is a need, a grave need, for change. The new translation is a help. Wider offerings of the EF would also be a help. It is shameful, in my view, that in the entire 100 parishes of the Archdiocese of Atlanta, only one parish offers the EF, and that is the one and only FSSP parish. Call it two, if you include the SSPX chapel about which you have written here.

It is also embarrassing that there is not, in every Catholic household, at least one copy of the CCC. We have two, and I have a copy on my Kindle, as well. Catechesis is lacking, unless you count the modernist classes offered. But I do not. In two years of RCIA I attended, no reference was made to the CCC.

There is much work to be done.

Very good Father. It is important that these kinds of Catholics embrace the first step: "We admitted we were powerless over our addiction to modernism and novelty and that we had made our Church unmanageable."

You are a brave man for speaking these things publicly, Father. I will pray for you. If a priest did this in Atlanta, he would soon find himself assigned to a parish in the middle of nowhere...or worse.

RG, I am afraid you are right about Atlanta. And that it is true of other dioceses, as well.

In the 1960s, the invariable challenge to anyone who showed an ounce of common sense was "Why are you so afraid of change?"

Of course, this was an accusation rather than a question, and no serious answer was wanted.

But now it's a serious question, and after 40 years of reflection, I still can't say precisely why so many--especially priests and bishops--have such a visceral fear of the traditional Mass.

Though I know of one case of a priest ordained just before Vatican II, whose whole being had obviously centered around the TLM. Asked why the didn't celebrate again the old Mass he'd so loved, now that it's legal again, he said "I just can't go back up the same road I once was forced to go down with such pain and heartache."

Father,
More and more parishes are (thankfully) starting to use Latin (and Greek) parts in English OF Masses (eg. Greek Kyrie, Latin Sanctus, Agnus Dei, etc.). Because of this, more priests have become more familiar (or refamiliarized) with these parts, along with the laity. Yet these same priests, when asked, will say that they do not "know Latin" when they are asked to consider learning to offer the EF. This puzzles me. I seriously doubt that most people who can correctly pronounce the Latin parts of the Mass (and know their meaning) actually "know Latin" in the sense that they can speak and write it. I doubt that most priests who offer the EF on a regular basis can speak and write Latin and while it might be desirable of they could it is certainly not necessary to competently and validly offer the EF Mass.

If a priest knows (or can read or chant) the ordinary Latin (and Greek) parts of the Mass I mentioned above (Kyrie, Gloria, Credo, Sanctus, and Agnus Dei, to be more complete), it is not that much more to learn to read the Canon (in a low voice) and read the daily changing prayers and readings in the EF. Add learning the rubrics and you have a priest who can competently and validly offer the EF. In terms of comprehension, all that is necessary is a general understanding of what the prayers are saying--not necesarily at the level of being a Latin speaking linguist (at least this is what I have read that Ecclesia Dei officials have said is required).

This is why it puzzles me when some priests use the "but I don't know Latin" excuse for not learning and offering the EF. I don't buy it but I don't want to seem disrespectful and argue this point with them. I pray that their hearts will change but it seems that nothing short of a papal (or episcopal) mandate will cure this situation. Meanwhile, those of us who don't live in larger cities drive two hours for an occasional EF Mass (as I did last weekend in another nearby Diocese).

Latin is an extremely easy language to pronounce at least.

Latin is not only an easy language to learn to pronounce, but it is also easy to learn to understand. Though it is hard to learn to write and speak extemporaneously. To compose in Latin, one must know the declensions and conjugations that are hard to remember, but no obstacle to understanding when someone else has written them.

So--whereas I'd hesitate to write a decent paragraph in Latin--I have no trouble understanding the Vulgate Bible (very easy street Latin, actually, which is why it might be called "vulgar"), the Latin in my Latin-English OF and EF missals, or the 7000+ pages of Latin in my 4-volume Liturgia Horarum which I use for divine office.

In short, ability to compose written or spoken Latin is unnecessary to easily and "fluently" read Latin. In short, the bar is pretty low for either lay or clerical participation in a Latin Mass.

Incidentally, I'd think that learning to understand Spanish would be even easier, so it mystifies me that no one seems to be concerned that so many priests are running around mouthing the words of the Mass in Spanish with little apparent understanding of the language.

Henry,
Everything that you wrote about the relative ease in reading and understanding Latin and the fact that priests who don't really know Spanish will read/pray a Spanish Mass to accomodate Mexican and Central American immigrants is right on point! This is why I have more than a little bit of skepticism and difficulty with the "I don't know Latin" excuse.

No, there have to be other reason(s) for many priests unwillingness ("non serviam" comes to mind) to offer the TLM. I wish they would at least be more frank and honest about their REAL reasons for not offering the TLM when asked. To a lay person, these apparently untruthful negative responses ("I don't know Latin")evoke the worst kind of suspicions about their reasons (peer pressure from other negative priests, subtle threats from a bishop can come to mind although it could be something a lot simpler such as simply not wanting to exert the extra effort). I really don't want to believe that such things are the reason but what else could it be?