He kind of looks like a Jesuit doesn't he? 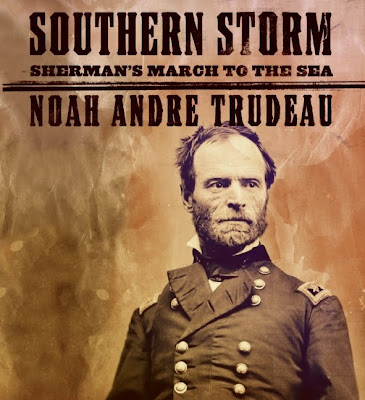 The quickest way to Savannah from Atlanta back then and today is through Macon which is directly in the center of the state, about 80 miles from Atlanta. But if you notice, Sherman eschews Macon in a deliberate way moving eastward which would have been way out of the way in order to get to Savannah. If Sherman had gone the same distance westward around Macon, he could have liberated the notorious Andersonville Confederate Prison. Read my opinion below why I think Sherman was persuaded not to go through Macon and burn the hell out of it! 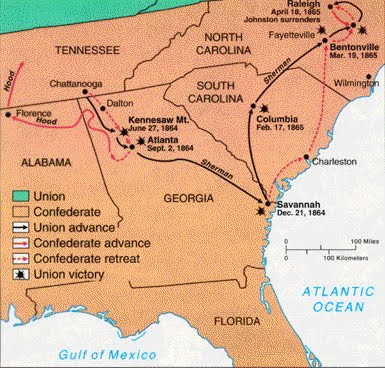 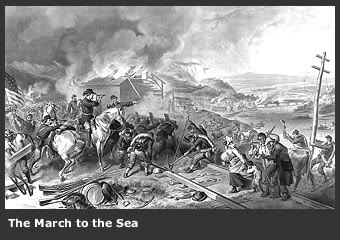 It is said that General Sherman on his burning rampage from Atlanta to Savannah did not torch Macon because he had a girl friend here (they same the same thing about Augusta too).

But more than likely, why Sherman by-passed Macon is that Saint Joseph Catholic Church was a Jesuit parish! His son went to Georgetown and became a Jesuit. Maybe the Jesuits persuaded him to stay out of good old Macon! Who knew! (My opinion only).

However, once he reached Savannah, her leaders met him at the outskirts of Savannah and with open arms handed him the keys to the city in the most gracious act of southern hospitality for which the south is world renown. Of course this was to prevent him from setting aflame Georgia's most historic city.

General Sherman took up residence at St. John Episcopal Church rectory, one square over from where the Cathedral of St. John the Baptist would be built.

What many people don't know (and maybe southern Catholics at the time wanted to keep it secret) was that Sherman was married to a very devout Catholic and his son became a Jesuit. (Maybe becoming a Jesuit was the family secret?)

This may be true. It makes more sense than the legend that I heard: Sherman was a Freemason and avoided Macon because of some Masonic Lodge.
The truth is, he wasn't a Mason but the story adds some mystique. Sherman being sire to a Jesuit is sure to irk some Anti-Catholic WASPs.

Me thinks you knowing jest Father.

Macon was "spared" becuse the bridges across the river were destroyed and the Union forces, in the haste to make speed for Savannah, satisfied themselves with setting up some artillery on the far bank of the river and ineffectively shelling the town before moving on to easier pickings. The Occumulgee back then was navigable by steam boat between Macon adn Savannah and not the minor obstacle it would be today.

I would guess he feigned toward Augusta and Macon and avoided both in order to put more defensive units at both cities and less in his path. His son said he was joining the Jesuits in 1878 and ordained in 1889, the March to the Sea was 1864. The article indicates that Sherman was not particularly receptive toward Catholicism. So Macon was probably not spared by the Jesuits.

His son's story was sad though.

Sherman also knew that General James Wilson, then moving through eastern Alabama, would be moving through Columbus to Macon with three divisions in several months. Witht the railroads cut, Macon was not an objective of primary importance.