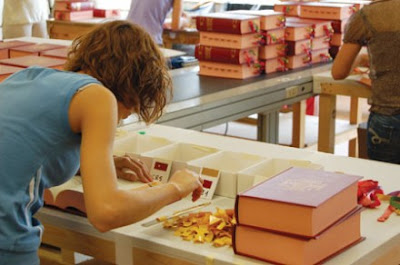 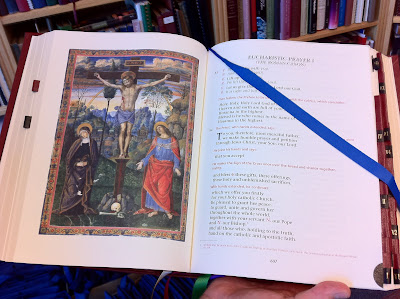 In our request, I wrote that we were beyond ready. I've been catechizing the parish now for only about seven years! I began catechizing about this in my previous parish in the mid 1990's when I thought we would get the 1998 translation that was dumped when "Liturgiam Authenticam" was issued at the beginning of the century.

Three years ago, in anticipation of the new translation's "And with your Spirit" we eliminated the outdated English version of this and went to the official Latin. At first there was some negativity about this, but today our people sing and say it in Latin with great gusto. In fact many of them have told me they'll miss the Latin when we return to the English in September. At all of our Masses, we chant "The Lord Be With You," "And With your Spirit."

For the last seven years we've had a series of educational opportunities for people in adult religious education workshops and through our parish newsletter that is mailed to everyone. We also mailed to the entire parish Father Paul Turner's Understanding the Revised Mass Texts booklets. This was the source of our Faith Sharing Groups' catechesis during this past Lent. About 150 people participate in these home-based small groups.

In addition, we are mailing to everyone before the first Sunday of September a laminated card with all the new English prayers and responses of the laity.

In terms of catechesis and preparation, I think the best way to do this is during Mass. Religious education sessions help, but you only reach a very small percentage of the people, the more highly motivated ones. During Mass, you reach everyone. The Latin responses we've been doing for the past three years alerted everyone to the changes that are coming and not a single soul who is a registered member of St. Joseph has any excuse for not knowing at least that a big change is coming!

I'm excited and nervous. But I think this will be a piece of cake compared to the Latin we instituted three years ago. We survived and thrived despite some discomfort at the beginning. People might not like change, but people adapt and do very well in the face of change. Of course all of this is through the grace of God. Give Him all the praise and glory!

THE NEW ENGLISH ROMAN MISSAL, PRESS HERE TO SEE IT!

And our parish is reviewing three new hymnals which we will purchase to replace our outdated "People's Mass Book." The three are Adoremus, The Saint Micheal's Hymnal and The Vatican II Hymnal.

I think the winner for Saint Joseph Church will be (DRUM ROLL):

THE VATICAN II HYMNAL, CLICK HERE TO REVIEW IT!

Of the three hymnals we are considering, the Vatican II Hymnal has the Order of Mass in Latin and English for both official forms of the One Roman Rite, Ordinary and Extraordinary. In addition it contains all of the lectionary readings for year A, B, and C for Sundays. We'll no longer have to purchase an additional missalette for the readings thus saving us a ton of paper and a ton of money!

What exciting times these are as it concerns the Liturgy. I feel like I did when I was 12 years old and we began implementing English in the slightly reformed 1965 Roman Missal. That reform went off track around 1967 and spiraled out of control for most of the 1970's. Even as a teenager, I was disgusted with what was happening, especially when the first wave of reform seem to be so promising and we blew it! The reform of the reform is bringing back some liturgical sanity at least on an official level to the Church. Go sing a "Te Deum!"
Posted by Fr. Allan J. McDonald at Saturday, August 13, 2011

Occasionally, for entertainment, I read the Holy See's 2002 "observations" rejecting that 1990's translation you refer to. The letter treats everything from the very title "sacramentary" to grammar and inclusive language. The cover letter is boring, but the rest is excellent! I think this was the first time in decades the Holy See really stood up to an episcopal conference over liturgical matters. http://www.adoremus.org/CDW-ICELtrans.html

Where can I get a copy of the laminated card? Would also like to see your analysis showing the cost savings of the missal versus the misallettes. That could help our parish.

I just read the material on the link Father Shelton Supplied. One paragraph on the Holy See's 2002 observations shows as clearly as anything the attempts of some liturgists to destroy the Church from within. The paragraph follows:

"Certain texts included in the project . . . should not be published within a liturgical book. At times, their very content militates against such an intention. For example, the statement that [St.] Jerome "began work on a new Latin translation of the Bible, known as the Vulgate", is historically inexact, since he selected and compiled existing texts of the Vetus Latina for many parts of the Bible, while his characterization as "irascible and intolerant" is hardly an appropriate appendage to the prayers prescribed for his liturgical Memorial. In the same vein, one might cite the inappropriateness of the reference to Santa Claus in commemorating St. Nicholas, or the unexplained statement that St. Callistus I "served a sentence as a convict", or the assertion that St. Pius V's "excommunication of Queen Elizabeth I of England hardened the split between Catholics and Protestants." . . . The present Observations are not the context in which to address question of the veracity of these statements; it is sufficient to point out that that they are out of place in the Missal."

It's one thing to acknowledge that saints are fallible human beings (and that the Church is made up of sinners). It's quite another to hold them up as objects of contempt and resort to character assassination in the context of the Holy Sacrifice of the Mass. So St. Callistus I went to jail? So did Gandhi and Martin Luther King, Jr., but I doubt that this text would have encouraged people to think of it that way.

The link that Fr. Shelton has is indeed very eye opening. When I was Director of Liturgy for the Diocese from 1986 to 1991, Bishop Lessard passed proposed texts to me that would eventually go into the 1998 revision. I was shocked to say the least with some of the proposals, the tinkering with the order of the Mass (eliminating the Gloria during Easter to sing a Resurrection Song, which I think Lutherans do). The additional observations indeed show that a clique of liturgists in the Church see themselves as a parallel magisterium with their own agenda to impose upon everyone else, including the Masgisterium.

Wow a pastor in a Catholic Church who catechizes his flock in harmony with the pope's wishes.