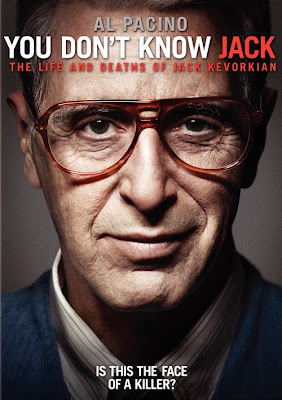 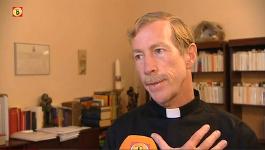 You can read all about a Dutch Catholic priest who has refused a funeral for a man who allowed himself to be euthanized. WAS/IS HE RIGHT IN DOING SO? PRESS THIS SENTENCE TO READ THE STORY.

When should a Catholic be denied a Catholic funeral and what about the innocent Catholic family who, despite the circumstances of their family member's life, still love that person?

In the past, the Catholic Church did not allow those who committed suicide to have a Catholic funeral. Can you imagine the heartache of family members devastated by such a tragedy also being denied the comfort of the Church's prayer at such a time? I personally know Catholics who have been alienated from the Church (since the 1960's) when this practice was still in force. It no longer is.

Other than the link I provide, I don't know the full circumstances of the euthanasia of this man. It does appear to me that the overwhelmingly secular nature of the Dutch is actively trying to shove its secularist notion of life and morality down the Church's traditional voice. But I don't know. It is horrible when someone's death is used for secular/political purposes and that would have to be taken into account by the priest and his bishop.

I've celebrated funerals for a number of people of questionable morality. The Church also allows funerals for non-Catholics who are in one way or another related to the Church, for example through marriage, such as a spouse of a Catholic who attended Mass for years but never officially joined the Church.

I do think denying a funeral to a Catholic because of end of life decisions brought on by great suffering either physical or mental is questionable on the pastoral level.

But then what about Catholic politicians who have directly influenced the broader culture when it comes to being pro-choice and thus influenced and made possible the choice of abortion leading to the massacre of millions of children? I think of Senator Edward Kennedy in this regard. Should he have had a Catholic funeral?

Isn't the funeral Mass for the repose of the soul of a person who has died, (especially if he was a most grievous sinner and despite outward evidence that he could be condemned to hell by God, God's plan for him might be purgatory and thus the need for Masses galore for a person like this) and the comfort of the family? Can an excommunicated Catholic receive a Catholic funeral? Bishops, speak up!

We don't know if Sen Kennedy had reconciliation or not, but public sin by such a big public figure, creates great scandal and requires a public announcement that he's repented. In any case, such a high profile funeral, as he had, presided by a Cardinal of the Church was in fact, scandalous. Is the Church's teaching in fact that one can support abortion, as long as one has sufficient social justice items checked off? Sure makes it look that way when a Cardinal presides over a funeral without a word about whether Teddy had repented.

I agree Rob. And the problem with so many post Vatican II funeral rites is that these become canonizations rather than praying for the immortal soul of the sinner who has died. The EF Mass with Gregorian Chant and without eulogy is very sober and applied across the board to sinner and saint alike. The OF Mass is abused during funerals and do become in many instances canonizations. Sobriety is necessary for all funerals in the Church in my opinion.

Canons referenced are cited below.

In the cited case in the article, the deceased must be denied the Funeral because Canon Law says so in 1184§2. Regardless of the application of any other Canons, 1184§2 is the Bishops determination and must be followed.

Absent the Bishops ruling, the Pastor must abide by the other canons and in those such cases someone like a Ted Kennedy should have been denied a Funeral based on Canon 1184 §1.1. In the case of a suicide one can argue that 1184 §1.2 applies, since suicide is a manifestly mortal sin, which has cut them off from God's grace. If a Pastor were in doubt of that, deference to Canon 1184 §2 would be in order. My unqualified reading of the Canons tells me that suicides COULD (note not SHOULD) be denied a funeral. A close pesonal friend of mine committed suicide and I was distraught over the fact that he had denied himself any possible entry into The Church Suffering. My Mother, of recent memory, counseled me that we can not be sure. If his last thought was regret and repentence (he left no note) then to door is open for God's Mercy, and since we can not know, in a such a case, a Funeral Mass would have been the BEST thing that could be done for him. If any doubt of possible repentence exists, I would agree, the Funeral Mass should be allowed. Unless the facts in the suicide case show that this possibility of repentence is non-existent, the Funeral Mass decision by the Pastor couldn't be questioned. Obviously we don't know all the facts in the Dutch case.

In any event, I find the Funeral Mass for notorious apostates like Kennedy much more scandalous than for an average Joe who committed suicide.

Can. 1184 §1. Unless they gave some signs of repentance before death, the following must be deprived of ecclesiastical funerals:

2/ those who chose the cremation of their bodies for reasons contrary to Christian faith;

3/ other manifest sinners who cannot be granted ecclesiastical funerals without public scandal of the faithful.

§2. If any doubt occurs, the local ordinary is to be consulted, and his judgment must be followed.

Can. 1185 Any funeral Mass must also be denied a person who is excluded from ecclesiastical funerals.

We had a woman in our parish who had been in it since the founding in the 1950s. Active in the parish, attended mass regularly, all the children in parish school, now her grand children attend. Her husband and son lost their jobs during the GM failure of the last few years and her entire family was hit very hard economically needing to rely more and more on others for help and, like so many in this part of the country, were at risk of losing their home. Last fall she was diagnosed with cancer. Then next day she drove to the river, waded in, and sat down until she fell asleep and drowned.

My despair is that she did this and never asked if I could help. It is not about me, but I feel that I am one, among several, that failed.

I don't know the canon law that addresses questions such as these. My personal observation is that forbidding a Catholic funeral is a sort of admonition but I'd say more people are in need of sensitive and sound instruction. This is especially true of survivors who, for whatever reason, may be more sympathetic to the deceased than the Church in whatever issue caused the rupture. I especially like one of your last points, Father, about the need of such souls in Purgatory for prayers on their behalf. I hope priests can become bold in their love for souls and for truth in soliciting these prayers and explaining why we need them. I hate to think of abandoning someone, upon their death, to a presumed eternity in hell--worse than some who assume they are already in heaven--or even suffering through Purgatory for a longer time because they "deserve" it.

"Persons commiting suicide should not as a rule be deprived of the full burial rites of the Church. (See NCCC Guidelines, CLD 9:694) The US Order of Christian Funerals provides two special prayers for persons who committed suicide. (See OCF 398, prayers 44 and 45)"

How do cases such as this Dutch case differ from "suicide" as understood by the Church's law. Is there a way to compare the phychological in/stability of the person who jumps from a bridge with one who takes a pharmaceutical concoction to bring death?

Personally, I was not scandalized by Senator Kennedy's funeral, but I think that is a very different thing from the case which Fr. McDonald raised.

Is there "time" in Purgatory?

"Is there time in Purgatory?"

Ah, a philosophical question. I suppose I could be RCG clever and say, "I really Kant answer that." The best answer is, "probably not as we now experience it."

Now, for guys like Rob and RCG, the answer is "yes, indeed, lots and lots of time!" LOL!