DID YOU HAVE YOUR THROAT BLESSED TODAY??? AND IF SO, LICITLY WITH CANDLES ABLAZED OR ILLICITLY WITH UNLIGHTED CANDLES? ATTENTION TO DETAIL COUNTS!

This is the way to do the blessing of the throats: 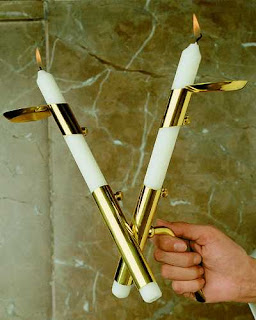 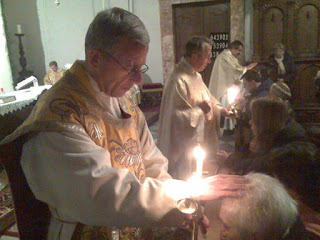 The afterglow of the St. Blase blessing of throats with lighted candles: 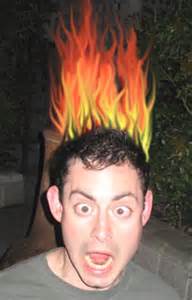 Do it yourself  (DYI) St. Blase blessing of throats with lighted candles: 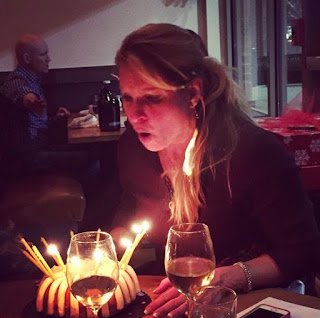 No, the candles should not be lit. I have never seen them done so, and it would be a dangerous practice in any case. But then, I'm a self-absorbed promethean neo-Pelagian, whatever that means. I just happen to know a bit about liturgy.

I am not as well versed in this as John but never saw them lit when I was growing up, either. And if it was permissable in any way, the people in the hills of Tennessee would have lit them.

Where is the official instruction suggesting that they should be lit?

Being on fire for the Lord is one thing.....

The blessing of throats with lighted candles is done in Germany.

As you can see, the lighted candes are placed in front of the person and do not touch the throat.

I've seen pictures of it being done in Mexico as well.

Well, our throats were blessed illicitly I guess (candles unlit). But we knelt at the altar rail after Mass for the blessing, as the priests held the candles to our throats and said the prayer. The priest who prayed over me actually placed his right hand on my head as he held the crossed candles with his left hand, and then made the sign of the cross over me with his right hand. Pretty cool.

In the Rituale Romanum the blessing of the candles makes it clear that the candles should touch the throat - '...quorum colla per eam ex bona fide tacta fuerint ...'.

The rubric is as follows.

The blessing of the candles is part of the rite, which can only be performed by a priest; the crossed candles are applied to the throat beneath the chin; the recipient is kneeling before the altar.

No mention of the candles being lit. The RR doesn't necessarily trump local custom, but following it is a guarantee that what you do is licit.