I REMEMBER 9/11 AS THOUGH IT WAS YESTERDAY 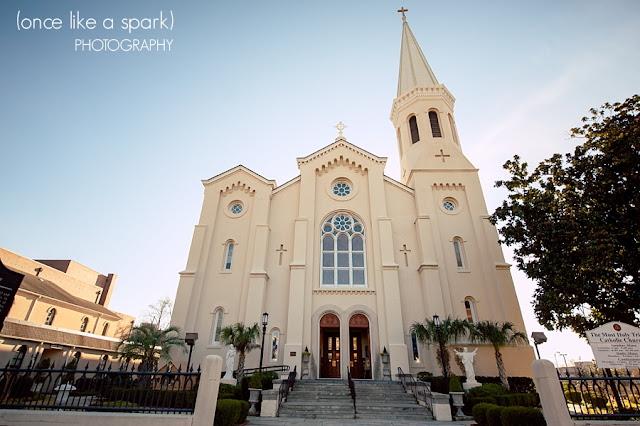 Just as it was a beautiful crisp day in New York 18 years ago today, so it was in Augusta, Georgia. I was pastor of The Church of the Most Holy Trinity in downtown Augusta, since June of 1991, so by 9/11/2001 just a little over 10 years.

When we first heard of the first plane hitting the first twin tower, we turned on the television to listen to the news being reported as it happened, something rather new at that time. And as bad as it was, rumor was also being reported as fact which eventually had to be debunked, such as multiple planes downed in Washington, DC and on the Mall there.

By mid morning, realizing how horrible this event was and not knowing who was attacking us (the Soviet Union had collapsed, although I initially thought it was Russia), I opened wide the doors to our church as they are opened in the photo above.

The church was always opened during office hours, but the doors were shut so you had to push the huge door to get in.

By opening them wide, it let people know the church was available for prayer and a steady stream of people living and working downtown entered to do just that.

Most Holy Trinity's daily Mass is at 12:15 PM to accommodate downtown workers on their lunch hour. I was overwhelmed that the 12:15 PM Mass had about 700 people in a church that seats about 900 and a very significant number of the people were Protestants.

It was a rather emotional Mass as no one really understood what was happening and when the other shoe might drop.

The recessional hymn was America the Beautiful. This verse had everyone in tears:

That sees beyond the years
Thine alabaster cities gleam,
Undimmed by human tears!
America! America!
God shed his grace on thee,
And crown thy good with brotherhood
From sea to shining sea.

Hell's BIble (formerly the New York Times) announced today in a twitter that the planes aimed at the buildings, making no mention of their new favorite minority, Muslims! Hell's Bible removed the twitter after significant backlash from the sane folks

Yes, I so remember, Father. My husband, newly retired faculty from the Medical College, was a volunteer helping your handyman contractor updating your recently acquired parish office building. Knowing he wouldn’t have heard, I raced downtown to let them know. Your office staff were huddled around that TV. I finally located my husband on the third floor, and we crossed the street to pray.. The Church was already filling up at 11 a.m. I’ll never forget the anguish and sorrow, nor the prompt response by you and the Church. TBTG.

Sickening how the socialist, “diverse” Democrats have used 9-11 for their own purposes to drag us down & make America sicker, more perverse and more “tolerant.” God’s punishment awaits.

Sickening how Republican George W bush used the attacks of 9/11 for his own purposes to drag us into a completely useless and unproductive War costing tens of thousands of lives.