BEFORE AND AFTER 1940’S RENOVATION TO SAINT PATRICK’S CATHEDRAL 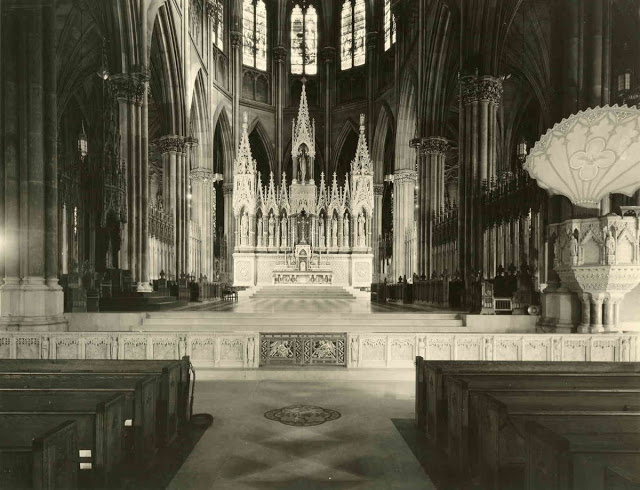 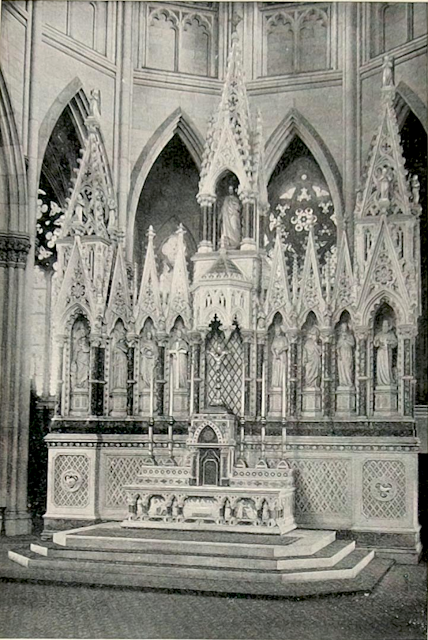 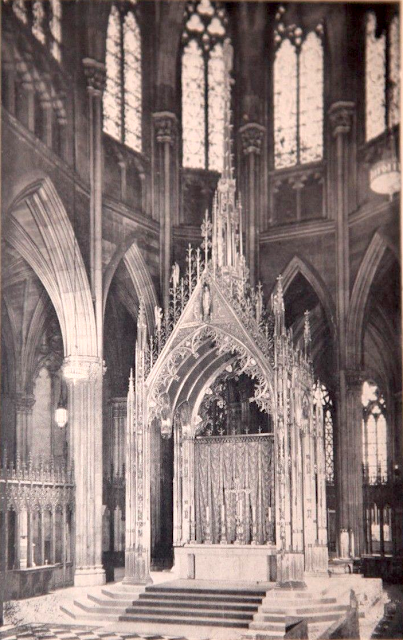 As a New Yorker myself (that's my Cathedral!), I just want to throw in my two cents.

During the reign of John Cardinal O'Connor (1984-2000), a horrible "table altar" was set up in the middle of the chancel so that not even the lovely "after" High Altar would be used.

His successor, Edward Cardinal Egan (2000-2009), had liturgical and aesthetical sensibilities far superior to his predecessor, and ultimately had the nasty thing removed, and started celebrating his Masses at the High Altar again (versus populuum, but hey...at least it was a start!).

Do you know the history and rationale for the change to the high altar in the 1940s? I rather like them both. FYI, Chicago's Cathedral had a similar altar to the one in the first photograph until Cardinal Cody had it removed in the period following Vatican Disaster II. Also, is Cardinal Dolan as buffoonish at his typical Sunday Mass as he appears when a liturgy is broadcast from St. Patrick's?

I could be wrong, but I think it had something to do with the building of the Church of Our Lady of Lourdes in upper (northern) Manhattan. The High Altar presently in that church WAS formerly a part of the fabric of the Cathedral. I'll review my reference materials and post a more secure answer to your query.

This may not be the most helpful, but it is a start. It does mention that parts of the cathedral were taken out and transferred to Our Lady of Lourdes on West 142nd Street. I'll see if I can find something that confirms the High Altar IS the first one from the cathedral.