YOURS TRULY GETS QUOTED ON TRADITIONAL MINDED BAPTIST BLOG 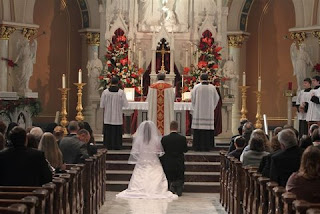 Press the title below for the complete Christian Index, a Georgian Southern Baptist blog--"a leap into oblivion is a direct quote from my blog on First Baptist Church of Christ in Macon's decision to allow  same sex "marriage" ceremonies to take place in their sanctuary.

MACON’S FIRST BAPTIST CHURCH OF CHRIST –“A LEAP INTO OBLIVION”

Fr. Allan J. McDonald, priest at Saint Anne Catholic Church in Richmond Hill who previously served at St. Joseph Catholic Church in Macon, stated, “From my rectory, I could reach out the window and almost touch First Baptist Church next door it is so close, but ideologically it is eons away.

McDonald referred to First Baptist Church of Christ’s decision as “a leap into oblivion.”

I spoke a few years ago to one of the adult Sunday Schools on Pope Francis and the Catholic Church.

At that time, I found out that they truly appreciated Pope Francis because they perceived him to be more progressive than Pope Benedict, more like them. Yet, I informed them that on many issues, especially reaching out to the poor and being pastorally sensitive to people in irregular situations, that  Pope Francis teachings upheld the Catholic Church's teaching on sexuality and marriage which we did not concoct but rather we received from Christ through Scripture and tradition, both of which are revealed to people of good will in natural law.

Tradition and natural law seem to be off the table.

Of course they were curious about the Church's teaching on papal infallibility.  I reminded them, that papal infalliblility only takes place under very strict conditions and that the pope simply elevates to a dogma a doctrine that was held as true by the early Church and the early Church fathers. In other words, popes don't make dogma up out of thin air, but are always sensitive to the Deposit of Faith.

I reminded the Baptists that they have a far more viril or malignant form of infallibility that hinges on what the individual Baptist believes as he interprets the Bible. Now group think at First Baptist Chrurch of Christ in Macon elevates this malignant infallibility to a group think vote as though they have a direct line from God to declare a new teaching on the nature of marriage.

Pure and simply, this is the old Hersey of Gnosticism.

As for Pope Francis this is what he recently reiterated about the nature of marriage being set in stone and how opposed the pope is to gender ideology:

—Pope Francis: What can we think of marriage between people of the same sex? “Matrimony” is a historical word. Always, in humanity, and not just in the Church, it was a man and a woman. It’s not possible to change it just like that […] It’s not possible to change it. It is part of nature. That’s how it is... Let us not play with truths.
It’s true that behind all this we find gender ideology. In books, kids learn that it’s possible to change one’s sex. Could gender, to be a woman or to be a man, be an option and not a fact of nature? This leads to this error.
Let us call things by their names. Matrimony is between a man and a woman. This is the precise term. Let us call the same-sex union a “civil union.”
Posted by Fr. Allan J. McDonald at Wednesday, September 06, 2017