IS RICHMOND HILLBILLY AN INSULT? I ASK AND YOU DECIDE. 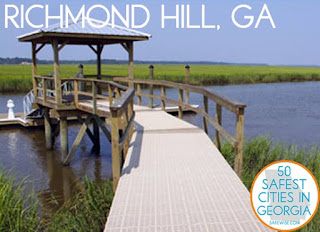 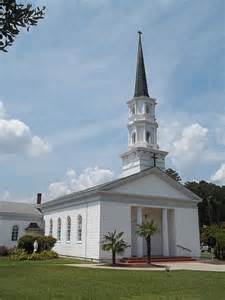 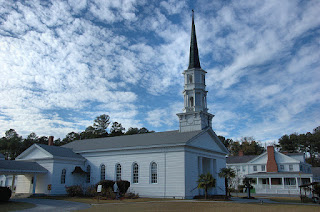 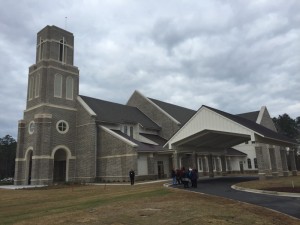 One of my favorite shows in the early 1960's was the Beverly Hillbillies. It was a fun show and everyone rooted for the underdogs who had moved from the hills of the Ozarks to Beverly Hills after striking it rich with oil back home.

Thus I referred myself to a Richmond Hillbilly in the previous post as I am moving from the actual hills of Macon, Georgia (on the cusp of the fall line that separates Georgia's flatland to the south and hill country, foot hills and mountains to the north). Augusta is the same as well, although downtown Augusta is flat, the surrounding suburbs hilly.

I am a stranger from the hill country moving to a place that has hill in its name but no hills. Thus I am going to become a Richmond Hillbilly. Isn't that fun?

How did Richmond Hill get its name since there is no hill in sight? Here's what Wikipedia says about it:

Richmond Hill is a city in Bryan County, Georgia, United States. James Oglethorpe, only a year after the founding of the Georgia colony at Savannah, awarded grants of land on the Ogeechee River in 1734. Once known as St. Phillips Parish, Bryan County was established in 1793. On February 1, 1797 the Bryan County justices valued 2 acres (0.81 ha) at the Cross Roads for $24 for the purpose of establishing a permanent county seat in courthouse. Cross Roads was the intersection of the Savannah-Darien Stage Road (current US 17) and the Bryan Neck Road (current GA Hwy 144). The Cross Roads became Ways Station in 1856 when the Savannah, Albany & Gulf R.R. was built across the nearby Ogeechee River into Bryan County. Near this site a train depot was built, which came to be known as “Ways No. 1 ½” for William J. Way, the first station master and a local rice planter on lands through which the railroad passed. A settlement grew up in the section between the railroad tracks and the Crossroads just to the west. It came to be called Ways Station, a designation that lasted until 1941 when the name of the community was changed to Richmond Hill.

Richmond Hill has a historical connection to industrialist Henry Ford. Ford used the town, formerly known as Ways Station, as a winter home and philanthropic social experiment, building the complex known as the Ford Farms along the Ogeechee River in the 1930s. After just one visit he chose this area as his winter home. Ford's dwelling was built on the site of Richmond Plantation, which was burned by elements of General William T. Sherman's army at the conclusion of the "March to the Sea". Ford's holdings eventually totaled 85,000 acres (340 km2) of agricultural and timber lands, most of which is now owned by the State of Georgia or ITT Rayonier, a timber company. Ford was also responsible for the construction of a number of public buildings, including a kindergarten, which now houses the museum of the Richmond Hill Historical Society, and a chapel which now houses St. Anne's Catholic Church. Both are located on Georgia S.R. 144, also known as Ford Avenue within the Richmond Hill city limits. The Ford Plantation has now been redeveloped as a luxury resort, with vacation cottages, a clubhouse, tennis, and golf. When it was suggested that the town be renamed "Ford", Mr. Ford declined, and instead Ways Station was renamed "Richmond Hill" after the site of Ford's home on the banks of the Ogeechee River.

In 1971, The Kinks, a british rock group, release an album entitled "Muswell Hillbillies". The two leaders, brothers Ray and Dave Davies, both grew up in a part of London called Muswell Hill. It turned out to be one of their best records. I get the joke.

"In 1918, Henry Ford purchased his hometown newspaper, The Dearborn Independent. A year and a half later, he began publishing a series of articles that claimed a vast Jewish conspiracy was infecting America. The series ran in the following 91 issues. Ford bound the articles into four volumes titled "The International Jew," and distributed half a million copies to his vast network of dealerships and subscribers. The rhetoric was not unusual for its content, as much as its scope. As one of the most famous men in America, Henry Ford legitimized ideas that otherwise may have been given little authority."

My father left Cape Breton at the age of 16 with two other older brothers and ventured to Detroit where my father got a job with the aircraft division of Ford Motor Company. This was around 1926. My father loved that job and Ford was training him for greater things with the company. Unfortunately the Great Depression hit in 1929 and the aircraft division went under and my father was unemployed and moved to NYC where he got a job with Horn and Hardits (automats). this lasted until shortly after he became an American citizen in 1942 and then the US declared war on two fronts and he was drafted into the army.

My father was negatively influenced by Ford and his publication. I never understood his prejudice toward Jews thinking it was just pre-Vatican II antipathy common in many Catholics of this period, really antisemitism.

Then I saw PBS's documentary of Ford which spoke of his antisemitism and the publications he made available in his factories and dealerships and it all fell into place for me as to why my father was so negative towards Jews. Keep in mind he was 16 at the time and was influenced as many of that period of time were, by the ugliness that was so devastating to the Jews in Europe.

But with that said, my father went overseas and fought the Nazis in the American Army and served his country with patriotism and selflessness. He saw the horrors the Nazis committed, especially in Rome.

For those of us who really are hillbillies it is not offensive and we know it is funny. To mock the stereotype is tiresome, but to enjoy the humor of it is welcome. Like any other joke, it is important to know your audience and have good timing.

As far as the Jewish thing goes, it seems that people take factual issues with a group from a certain background and reflect them back on a group at large. There have been bad things done by groups who were all from a given group, including Jews. It is simply incorrect to reflect the blame for any act back on a group at large, even if many agreed with the act, because there will always be some who disagreed with it and do not deserve the condemnation. This is especially true of Jews, perhaps more than any other self identified group of people. So while Henry Ford's opinion of Jews can seem rational, it can only remain to seem so if one excludes information. Henry Ford must have had some issue Jews he encountered and no doubt created an environment for Jews that caused them to justify his opinions but he also had to selectively ignore certain other evidence about Jews to continue holding those beliefs. Many other people, perhaps your father among them, do not encounter Jews on a personal basis frequently due the low numbers of them in the world. What they substitute for their own experience is information from people like Henry Ford, the media, etc. and they suffer for it.

Henry Ford also held contests for traditional Appalachian music that was intended to support the white race fending off the influence of Jewish and negro music. It didn't work, thankfully, and instead we have each kind of music to enjoy at least one third in thanks to Mr.Ford. It would be buying in to his world view for me to ignore the music from his sources simply because I disagree with his views. It seems better to take his contribution to Appalachian music along with the other music in spite of his efforts. You can do the same with the chapel, I think.

The song 'Sweet Lass of Richmond Hill' (words by Leonard McNally, music by James Hook) was first performed in 1789 and was a great favourite of George III. It is erroneously labelled a folk song and the Richmond referred to is the Yorkshire, not the Surrey one.

I wonder how many Richmond Hills there are worldwide?