SECULAR NEWS ACCOUNTS ABOUT PAPAL MATTERS ARE NOT THE BEST SOURCE OF UNBIASED INFORMATION, MANY WHO READ MY BLOG PERPETUATE THEIR DIVISIVENSS AND BELIEVE WHAT THEY SAY IS GOSPEL TRUTH

This is from Deacon Greg Kendra's blog. 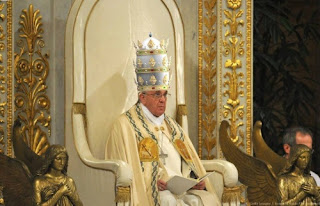 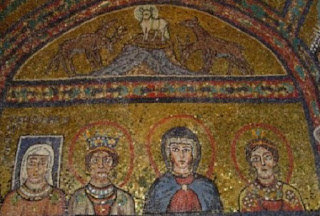 So, What’s the Deal with Women Deacons Now?

The interwebs today don’t lack for opinions about this issue, now that Pope Francis has decided it needs to be clarified.

Let’s take a deep breath. A couple points need to be made.

In order that all doubt may be removed regarding a matter of great importance, a matter which pertains to the Church’s divine constitution itself, in virtue of my ministry of confirming the brethren (cf. Lk 22:32) I declare that the Church has no authority whatsoever to confer priestly ordination on women and that this judgment is to be definitively held by all the Church’s faithful.

Secondly, after that, the issue of women as deacons remained unresolved. That became clear —or more murky—after the Vatican’s International Theological Commission released its report on the diaconate in 2002, noting:

With regard to the ordination of women to the diaconate, it should be noted that two important indications emerge from what has been said up to this point:

1. The deaconesses mentioned in the tradition of the ancient Church – as evidenced by the rite of institution and the functions they exercised – were not purely and simply equivalent to the deacons;

2. The unity of the sacrament of Holy Orders, in the clear distinction between the ministries of the bishop and the priests on the one hand and the diaconal ministry on the other, is strongly underlined by ecclesial tradition, especially in the teaching of the Magisterium.

In the light of these elements which have been set out in the present historico-theological research document, it pertains to the ministry of discernment which the Lord established in his Church to pronounce authoritatively on this question. (Emphasis added.)

That “ministry of discernment” has been going on for a while now. A leading agent in that discernment, and an outspoken advocate for women deacons, has been Dr. Phyllis Zagano, who has written endlessly about this subject in books and essays. She even spoke bout a brief encounter with then-Cardinal Ratzinger some years back:

The most recent discussion coming from the Vatican about this topic is a 72-page study document by the International Theological Commission, which had one conclusion: It’s up to the magisterium, the teaching authority of the church, to decide.

In New York in the late 1980s I was at a meeting with then-Cardinal Joseph Ratzinger and discussed the issue with him briefly. He said, “It’s under study.”

And so it is, and so it has been. But maybe now the study period is coming to an end.

An important point to be made about today’s development is summarized well in the CNS report, which indicates that what Pope Francis wants, above all, is clarity:

Asked if he would establish “an official commission to study the question” of whether women could be admitted to the diaconate, Pope Francis responded: “I accept. It would be useful for the church to clarify this question. I agree.”

Asked about deaconesses in the New Testament and the possibility of the modern church admitting women to the permanent diaconate, Pope Francis had said his understanding was that the women described as deaconesses in the Bible were not ordained like permanent deacons are. Mainly, he said, it appeared that they assisted with the baptism by immersion of other women and with the anointing of women.

However, he said, “I will ask the (Congregation for the) Doctrine of the Faith to tell me if there are studies on this.”

So, this issue is far from settled. No imminent change is on the horizon, and no one should think the pope’s comments today indicate a radical shift. It’s not. Mostly, he himself seems to be asking the question, “What’s the deal with women deacons, anyway?” He’d like some answers. So would all of us. Something definitive might finally put this issue to rest, one way or another.

Let’s see where all this goes.

...as the Church continues to circle the drain...

Remember that time they studied whether the divorced and "remarried" could receive Holy Communion without stopping their habitual sin?

It all starts with getting people to believe that the issue is not settled and up for discussion and study. The discussion will lead to theories and more discussion. And the theory will be settled with some declaration.

That is how Francis operates.

Thank you for posting this, Father. The Pope never said he would ordain deaconesses. I hope this leads quickly to a definitive "NO" because the demons sewing confusion really need to be squashed.

"What Pope Francis wants, above all, is clarity." God bless him, but I will be very surprised if Pope Francis really wants clarity about a theological question. It seems even less likely that he wants this clarity "above all".

From something I read on this (from sometime back), what are and have been referred to as deaconesses in the early Church were akin (marginally of course) to the consecrated religious women of today (nuns). We'll have to wait and see what the studies and research come up with but I would be most surprised if there were ordained deaconesses.

George, I think you're onto the reality of the ancient "deaconesses." It seems widely understood that these women were selected to assist during the baptisms of other women for purposes of maintaining modesty at a time when baptism was always done by full immersion.

I am aware that a similar practice still obtains in some pockets of the Orthodox world where baptisms continue to be done this way. Specifically, I am aware of a priests wife assisting in this way, fulfilling what would've been the role of the ancient deaconesses.

It is clear to me from this understanding of their role that they were not "ordained." Since it would appear that there cannot be a legitimate ordination of women to any degree of holy orders since we understand that holy orders are a matter of degree from deacon to bishop -- all part, in some way, of the priesthood of Christ.

Anyone who has spent time in an ancient culture ( I have spent time in Ethiopia) knows that male /female role are much more separate and well defined than today in the west. It is common for men and women to sit on opposite sides of the church for Mass for instance. In these type of cultures there is great utility in having women able to perform some ministerial functions for for other women only. However it would make no sense to introduce this in western culture which has already gone over the cliff of gender equivocation.

Sometimes it's difficult to take the Vatican seriously. Are there drugs in the caffè their drinking?

First, they get rid of late classical and early medieval prefaces (and, one could argue, the entire Roman Mass), opting to (try and fail to) return to the first century, and then choosing to replace those prefaces with ones based on the Jewish 'Baruch atah Adonai...'. Now, it's moving forwards to bring back an archaic office from the third/fourth century that died out because there were no more adult women to baptise.

Why is the Vatican trying to relive Christian history? What will be next?

I've made another mistake. I meant offertory prayers, not prefaces.

Francis ask the CDF to investigate, he will ignore what the congregation says and allow women deacons. When that happens I will then know that the Catholic Church has been a fake religion just like all the rest of them.

I've always found it 'curious' that the SAME people constantly droning on about 'singing a new church into being', who constantly declare all old things to be passe and boring and obsolete, will occasionally insist on junking the past 18 centuries of 'progress' and insist on re-instituting some supposedly 'original' concept of the early Church.

But when we point to how hard core those early Christians were on, say, marriage laws...well, suddenly they're hidebound to a dark culture about which we have nothing whatsoever to learn and are better off ignoring in this glorious 21st century of ours.

Good Lord what is this man doing to the Holy Roman Church and what is left of it?? This is truly coming to a head and I for one fear a total SCHISM.

Just give all the wayward nuns (about 70% of the total) the title "deaconess", in return for formal suppression of their non-observant orders. Let them wear pink (or rainbow) clerical collars, and give them their own parishes, on condition that they'll leave the rest of us alone. God bless them.