ALL GLORY, LAUD AND HONOR TO WEIGHTWATCHERS! 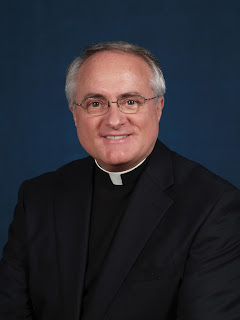 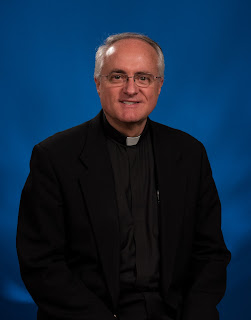 That means you only weight thirteen stone!

The mere act of standing, rather than sitting, is a very effective way to lose weight.

A columnist for the London Daily Mail lost about seven pounds in one month by following the Weight Watchers strategy that urges people to simply stand as often as possible.

The columnist, Liz Hoggard, utilized such simple strategies as placing her laptop computer on an ironing board, which enabled her to use her computer while standing. She stood as she rode on buses and trains.

Here are some easy-to-apply weight-loss strategies.

Forget dieting - if you want to lose weight, just stand up: Our writer lost half a stone (about seven pounds) by staying on her feet more often every day

By Liz Hoggard for The Mail on Sunday

Way to go, Father! Super proud of you! -S.Conner

Father McDonald, in the interest of good health, I offer the following cannot-possibly-fail weight-loss strategy developed 83 years ago by comedian W.C. Fields.

At the 6:45 mark, W.C. Fields begins to help a man lose weight. (By the way, at the 7:45 mark, Fields attends to a man who needs a shave.) At the 9:47 mark, you will find the results of W.C. Fields' weight-loss program, as the man in question had lost a tremendous amount of weight in a matter of minutes.

A Veyron for sure.

Don't tell the Pope about Weight Watchers. It is a quasi-religion and he will consider it another way to salvation.

I hope that the W.C. Fields bit with the heavy man in the steam room didn't offend obese people. I thought that I would call attention to a bit of humor related to weight-loss. After all, things are pretty tense in the Catholic blogosphere.

Mark, what did you think of the pope's homily today? Do you still think that Amoris Laetitia is orthodox after reading the pope's exegesis on Our Lord's teaching on marriage?

Sometimes I think about odd stuff...There are many, mostly small, religious groups who believe that birth, life, death should all be natural "the way God intended it"... without undue interference from us. Many don't use doctors or medicine...they pray for God's will. We mostly think of them as crazy wacko weirdoes. We, on the other hand, go to fairly extreme measures to maintain good health...we take many medications, we visit our doctors regularly...we have elaborate surgical procedures performed (we go to Weight Watchers...?). We want to stay here, to prolong our life on earth as long as we possibly can. Aren't we supposed to be yearning to leave this vale of tears so that we can join Jesus for our Heavenly reward? Hmmmm....

So, we're walking on eggs around obese people now? What a pitifully fragile nation we have become.

Marc at 4:57 PM..."Mark, what did you think of the pope's homily today? Do you still think that Amoris Laetitia is orthodox after reading the pope's exegesis on Our Lord's teaching on marriage?"

Marc, I did not play attention to the homily in question. However, on Vox Cantoris' blog, I responded to his response to the homily. If you read my response, then you'll know as to how I respond to controversies in regard to His Holiness Pope Francis. Now, as to how the homily today is related to AL is, again, beyond me as I have not read the homily.

But I found the following headline and story today about the homily:

"In his daily homily this morning, the pontiff reflects on the truth about marriage"

The Pope upheld the Truth today via his homily, according to the article at aleteia.org.

Father McDonald, did you exercise regularly during your weight loss program?

Have exercised vigorously since 1984!

Father, you have exercised vigorously since 1984? You must be tired by now! Rest for at least a few hours, Father.

P.S. I had better stick to posting links to W.C. Field's videos. I'll leave the humor to the pros.

We're a people of life. We're thankful for this life and we're hopeful for the next. It is sorrow, not life, that people flee. Spend more time with the poor and the sick, and you'll spend less time thinking of odd things or categorizing people as weird.

Converting this to English money, your weight has dropped from 16st 3lb to 13st 9lb in seven months, a loss of just over two-and-a-half stone. This is impressive, but looks like crash dieting which rarely works in the long run.

A few years ago, after a spate of new-fangled diets in the popular press, the Daily Telegraph announced it would be publishing its own diet which was guaranteed to work in all cases. When it finally appeared it consisted of four words: 'Eat less, move more.'

The genius behind weightwatchers is that it isn't a fad or quick diet plan but one of moderation and common sense. You can eat anything you want but in small portions and each food item is assigned points given its contents and the amount you eat--you simply have to be sure you stay in the point range to either lose weight or maintain where you are.

But basically it is a canonical Catholic fast: one main meal with two smaller snacks that combined do not comprise a main meal and no eating between meals. Exercise is essential too in this diet.

However, most fruit and leafy vegetables do not have a point value and you can consume a goodly amount of these especially between meals to kill the appetite. Thus eating more fresh fruit and vegetable is very healthy and greatly promoted by this diet.

Interestingly enough, the Catholic component is also in place in terms of a splurge day when you can increase you point intake without damaging all the work you did all week long in observing your points. So I take Sunday and enjoy and don't worry to much about the points! It gives relief to the monotony of counting points and being careful with what you eat and something to look forward.