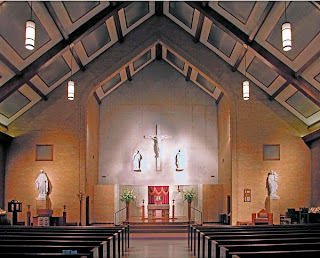 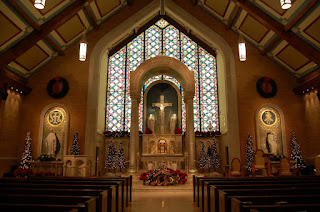 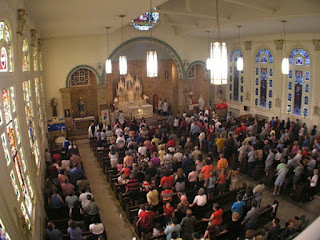 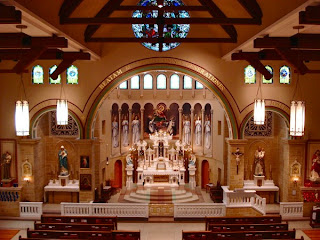 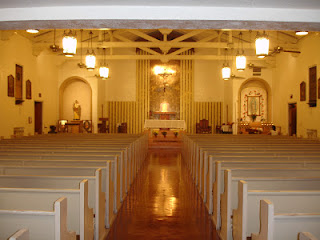 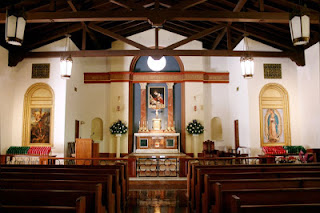 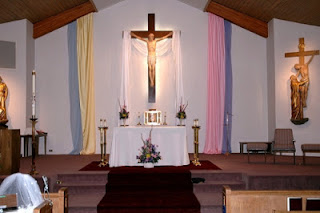 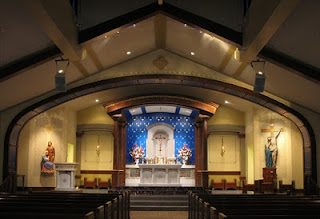 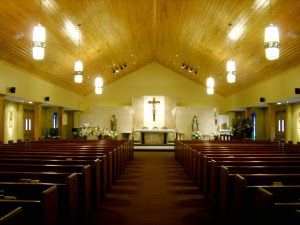 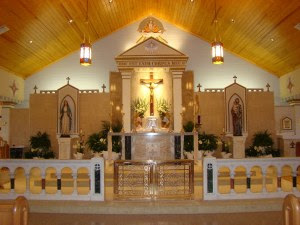 That is really nice to see...how wide-spread is this kind of thing?

Reverend Father - to be fair, the second set you feature is from Holy Rosary (Indianapolis, IN), where there wasn't really anything wrong in the first place. The renovation simply added beauty. Under the guidance of an FSSP-turned-diocesan priest, HR featured wonderful liturgy in a building already known for its design and adherence to traditional forms.

Gene, it might please you to know that many parishes in New Orleans have not been molested by the Vatican II reformists; or, if they had, they've reverted to what they use to be.

My mother was surprised to learn that parishes with altars similar to the one in the Cathedral of St. Louis were torn out to be replaced with wood tables.

Marco, but it does appear to me that the altar railing is restored (as in the first picture there is none) and the sanctuary is enlarged, it looks like it was fixing an earlier poor, iconoclastic renovation.

Marco, That is FSSP all the way. You might find that the church was in a parish that the diocese was thinking of closing. I just looked it up, did they change the name or move?

Father - I don't think better photos were made available. There's an altar rail in the before shot - it's hard to see, but it's there if you look in front of the right side of the main aisle. It was (and is) used regularly.

Very interesting comments about enlarging the sanctuary. I actually don't think it was made bigger, but rather windows were restored or installed at the top of the apse, which results in a much larger feel!

Excellent results on all the renovations!

Rcg - I don't know much about recent parish history, aside from its roots in the city's Italian immigrant community. I know when Fr. Magiera arrived he was FSSP but has since become a priest for the Archdiocese of Indianapolis.

The first two pictures are St. Louis Church in Memphis. I've been there a few times when visiting family, very beautiful parish.

When I visited Petaluma in 2002, I visited a beautiful church, St. Vincent de Paul. When I walked in, I noticed the communion rail still in place, beautiful statuary throughout and a nicely centered tabernacle. My first impulse was to write the bishop of Santa Rosa and thank him for leaving this beautiful church alone--never got around to it.

So help me, in about 20 more years, most Catholics are going to look at the surviving modernist prayer barns and "renovated" churches built before the Great Rupture and blush with embarrassment. Let's keep reforming all the "reformed" church buildings until they all look Catholic.

Can anyone respond to my question as to whether we have an idea of how wide-spread this trend is...if it is a trend?

I think much of what happens in the renovation of a church depends on what the congregation can afford. An architect friend of mine said when I brought up the maxim "Form Follows Function" that the real truth is "Form Follows Finance."