RORATE IS REPORTING ON THE SSPX REINTEGRATION WITH THE HOLY FATHER, POPE FRANCIS

FROM RORATE CAELI: (Cool if they are completely regularized while I am in Rome. The progressives in the Church must be apoplectic to say the least! This could not have happened in the 1970's, the heyday of hatred for all things pre Vatican and the marginalization of those with SSPX sensibilities ! 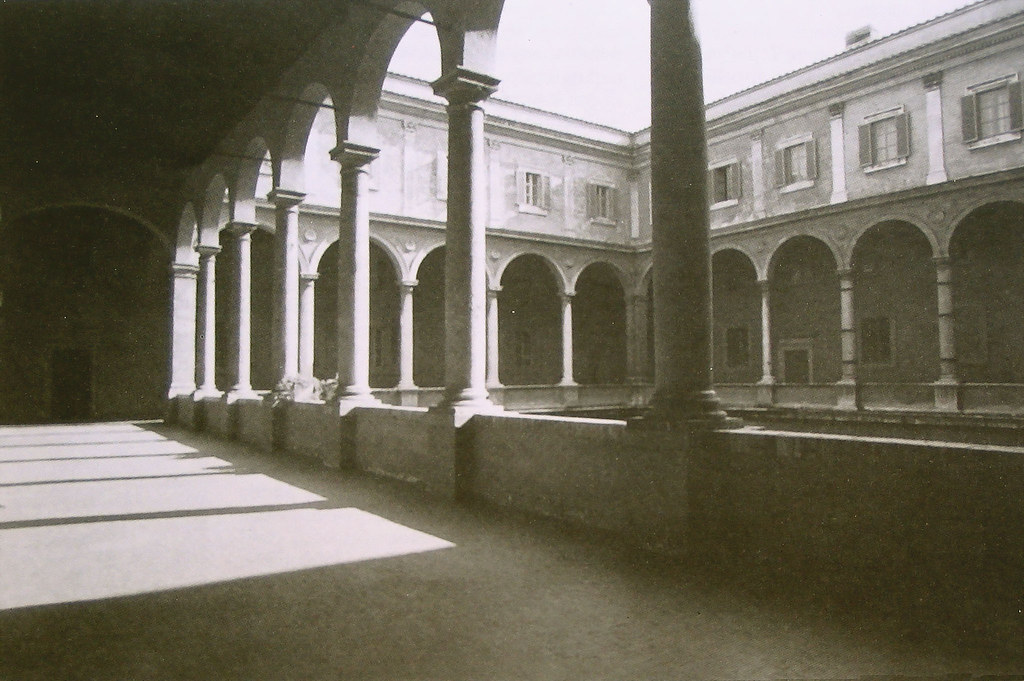 Afterwards, he held a meeting with the highest authorities of the Congregation for the Doctrine of the Faith (CDF), Card. Müller, Prefect, and Abp. Ladaria Ferrer, Secretary. Bp. Fellay was joined by his two assistants, Fr. Nély and Fr. Pfluger.

According to the SSPX General House, the CDF meeting, "foreseen for a long time," "is the second one since September 13, 2014", and "is part of the framework of relations that the Society of Saint Pius X has always had with the Roman authorities, in particular in these past few years, by the doctrinal visitations that took place in the several seminaries of the Society, and that will continue in the upcoming months."

Nice .... but it doesn't sound like anything spectacular yet ... let me know when Fellay does anything but have meetings.

If this is "part of the framework of relations that the Society of Saint Pius X has always had with the Roman authorities", then there's no obvious reason to get our hopes up.

From the SSPX news web site:

During Tradition Days, Bishop Bernard Fellay, Superior General of the Society of Saint Pius X, gave a conference, the second part of which is transcribed here, on the present state of relations with Rome. The complete text of this conference will be published in the original French in the next issue of Nouvelles de Chrétienté (no. 161, October 2016).

It's the same, tired information that we've heard time and again from the SSPX.

The SSPX will not budge an inch. Rome must "convert" to the True Faith. Rome must move toward the SSPX's teachings.

Pope Francis spreads errors. Pope Francis, as well as an increasing amount of Churchmen, view the SSPX as the means to correct the many errors that have spread throughout the Church.

Pope Francis says that the SSPX need not accept Vatican II documents with which the SSPX disagrees (such as Ecumenism, Religious Liberty, Church in the Modern World).

Cardinal Müller insists that the SSPX must accept every part of Vatican II.

The Rome-SSPX soap opera continues. Tune in tomorrow for another exciting episode...

The SSPX has nothing to gain and much to lose by playing footsie with what is now a de facto apostate Church.

I pray that His Holiness Pope Francis cancels due to poor ratings the Rome-SSPX soap opera. Pope Francis has made it clear that the SSPX is Catholic. He described laymen attached to SSPX chapels as "faithful" Catholics. Pope Francis has noted the SSPX's "good faith and sacramental practice."

Let us get on with this...establish the Personal Prelature, the "Super Diocese" (Bishop Fellay's description) that will be open to all. That is an exciting concept. Priests, religious, and laymen will be eligible to attach themselves to a "Super Diocese" that promotes Holy Tradition. Nobody would be forced to join the Super Diocese.

In the meantime, a few healthy Novus Ordo pockets of the Latin Church aside, the remainder of the dying Novus Ordo portion of the Church would remain (at least for a time) for those who prefer ugly churches, and banal, feminized liturgy.

A place for each Latin Catholic.

Mark, you state that Pope Francis sees SSPX as a way to correct error. That begs two questions in my mind:

1) Why does he not exploit the societies alraedy in full communion with Rome for this task? (E.g. FSSP)

2) How does this jibe with he American nominations for Cardinal? (E.g. AB Cupich?).

It might behoove us all to take a look at a recent post by Fr. Zuhlsdorf at WDTPRS. Fr. Z, a former Lutheran, is just as disappointed as many of us at the pope cozying up to the Lutherans, but his perspective reminds us of the indefectability of the Church and the role of the pope--even if he disappoints us.

From what Bp Fellay says it appears that Abp Pozzo, secretary of Ecclesia Dei, is happy to concede the SSPX position regarding Vatican II, but Cardinal Müller is sticking to the previous hard line, yet giving the impression that the SSPX is the least of his problems. (Which is undoubtedly true - the faux-schism of the SSPX is nothing compared with the possible real schism of the German bishops, not to mention all the heterodox groups worldwide still claiming to be Catholic.)

rcg said..."Why does he not exploit the societies already in full communion with Rome for this task? (E.g. FSSP)."

I don't know the answer to your great question. But Bishop Fellay has maintained that Rome views the SSPX as riding to the rescue/help of the Church. Holy See documents on the SSPX's regularization speak about the SSPX rescuing the Church from widespread errors that abound throughout the Church.

Why doesn't Pope Francis turn also to the FSSP, ICK, and additional Traditional societies for help? I don't know.

But via Bishop Fellay, we know that Pope Francis wishes to establish a "Super Diocese" for the SSPX. Bishop Fellay said that any Catholic — priest, religious, or layman — would be free to join to the Super Diocese.

rcg said..."2) How does this jibe with he American nominations for Cardinal? (E.g. AB Cupich?)."

Hos Holiness believes obviously that the Churchmen in question do not spread errors throughout the Church.

The SSPX does not have a distinct habit.

Dialogue, you are surely the brightest star in the firmament....

Fellay has also said that younger bishops (including Francis appointees) and at least one archbishop have written to him and urged him to 'stick to his guns'. A certain generation of priests may be irreformable and they are concentrating on the younger priests and seminarians.

And, gob, you are the darkest star in the fundament - in other words an arsehole.

As someone who is Eastern Orthodox looking at this from the outside, why would the SSPX want to be in full communion with a Church that is quite frankly, in a mess right now. Maybe someone can explain?

The Society of Saint Pius X is Catholic. They are in communion with the Apostolic See. His Holiness Pope Francis recognizes the SSPX as a Catholic society of priests.

Therefore, other than within the Church, what place is there for the SSPX?

Gob, ask your hero Bill Clintoon, the master of groping and raping!

Excellent "Trumpism", Johnny. If one asks Donald a question about himself, he answers a question about Hillary. I ask about you, you answer about Bill. The similarities between you two go well beyond your potty mouths

Given gob's inability to contribute positively to this blog, perhaps it would be best for everyone to just ignore him. Eventually he should get tired of the lack of attention and just go away.

Anon, you obviously are not aware of how beloved I am here....

I think Anonymous is trying to RIG this blog....There's a CONSPIRICY going on...against gob.

Your comments are almost always lacking in any clear reflective value. I don't know if this absence of content is intentional or not. If someone does try to take your comments seriously, it seems to surprise you.

We assume that Gob is a decent human being struggling to communicate his thoughts more clearly. As Christians, we assume good intentions.

I wish I could share your assumptions about gob and his intentions. He can't even respond to insults in a grown-up way and confuses me with TJM. His sarcastic and petty-minded dig at you prompted my reply (you are too charitable to be so forthright, whereas in his case I am at one with Belloc: 'Caritas non conturbat me.')

He is a nasty little troll who pops up in various guises and since he hides behind pseudonyms he cannot take insults personally. He might not even exist except as a virus plaguing this blog.

It should be pointed out that I'm not questioning anyone's basic decency. I would agree that, at least initially, we should assume the best of intentions for any person. However, having the best of intentions doesn't mean a person's contributions are positive. Additionally, if evidence indicates otherwise, it would be foolish to continue making assumptions that don't prove themselves out.

It seems that gob is trying to play a character in this play. That would be, could be, helpful and even invigorating. His mistake is in not editing his comments for his characters. Not everything that is funny need to be said by the comic character, and not everything funny needs to be said at all. It causes a jarring shift in perspective mKing the audience wonder what, if anything, useful has come from the character.

What character? He makes Caliban look civilized. Has anything he has said come across as remotely funny, or remotely subtle? Had I been responding to a person I would probably have resisted the temptation to refer to him with the epithet which in German is Arschloch. But calling out an anonymous troll is different, and also mildly diverting.

I wonder if gob is a fake catholic priest?

Or a Catholic Bishop....or a riddle wrapped in a mystery inside an enigma....(But to imagine that you know him is to love him...)

If Gob's comments were funny, though offensive, or clever, though argumentative, I think we could enjoy them.

Dialogue is "speaking in tongues" (so to speak). I have the gift of interpreting. What Di is really saying is that "Although I'm afraid to say it, I enjoy gob because he is clever and funny." Thanks, Di...

bog/gob/gbo/obg/ogb or however you wish to style yourself:

No apology intended.
Every offence intended.
In spades.

Thank you, Catholic gentleman. Peace be with you.