CARDINAL SARAH HAS MADE THE RIGHT DIAGNOSIS, BUT WHO WILL IMPLEMENT THE RIGHT MEDICINE?

Cardinal Sarah is not a throwback to the 1950's. He doesn't want to return the Church prior to the Council but want the Second Vatican Council to be interpreted properly. I would suspect too, that His Eminence understands too, that Vatican II is a bit of a time capsule and that its pastoral theology is a bit dated. He understands too that pastoral theology is not doctrine and certainly not dogma, although many in the Church speak of the pastoral theology of Vatican II (which is in the same category as the theology on Limbo, neither right or wrong, but just not doctrine) as though it is dogma. They have replaced Jesus Christ, Scripture and Tradition with Vatican II says this, that and the other.

When it comes to the Holy Sacrifice of the Mass, Cardinal Sarah wants Vatican II implemented from the highest levels of the Church. It hasn't been, only a particular ideology has been and this ideology came from the "liturgical experts" of the Church who are the kinds of academics Pope Francis has such disdain. It did not come from the faith of grandmothers in other words.

Cardinal Sarah hits the nail on the head in diagnosing the dark hole the liturgy has descended in so many parishes throughout the world. But liturgists, those experts in the field, (and liturgists are not known for humility) insist that the "renewal" that has taken place is renewal. Delusional to say the least.

When it comes to mega Masses at St. Peter's Square and the truly million mega Masses elsewhere, Cardinal Sarah makes very valid points and he needs to rock that boat and rock it hard! I concelebrated Mass at St. Peter's Square last Sunday with Pope Francis. I held a ciboria. But I consecrated it to be sure along with the Holy Father. Others distributed Holy Communion from Hosts consecrated at other Masses.

I would agree that only one section of these mega Masses should include Holy Communion to the congregation. I would recommend that no more than 2000 hosts ever be consecrated at any single Mass. Or maybe 5000 to keep the Biblical imagery of the multiplication of the loaves.

Yes at the Vatican Masses in St. Peter's and certainly in the Square, many non Catholics, non Christians and non Believers are receiving Holy Communion and many are taking the Host home as a  relic of their time in Rome as tourists.

Here is a portion of Cardinal Sarah's, truly a doctor of liturgy, making the right diagnosis of the cancer that has been eating the liturgy of the Church since about 1966:


The Reform of the Reform “Will Happen.” The Pope Wants It, Too

This is what Francis has said in private to Cardinal Sarah, only to deny the whole thing afterward in a statement. But the prefect of the liturgy is promising it once again, in a book of his that goes on sale today, entitled “The Power of Silence” 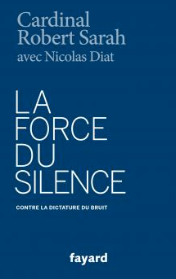 ROME, October 6, 2016 – With Cardinal Robert Sarah Pope Francis cultivates a relationship with two distinct profiles. Benevolent up front, hostile at a distance.Sarah is presumed to be one of those churchmen with a “heart of stone” against whom the pope often lashes out without naming names, for example in the address at the end of the synod last October 24:> "The closed hearts which hide behind the Church’s teachings…"And it was Sarah, this time with first and last name, in his capacity as prefect of the congregation for divine worship, who was the target of an unprecedented, humiliating statement from the press office of the Holy See this summer, against his aims for a “reform of the reform” of the liturgy:> Jesus Will Return From the East. But at the Vatican They Have Lost the Compass (14.7.2016)“But who can touch him? He is African, and he enjoys great popularity,” they murmur in the court of Pope Francis.In effect Cardinal Sarah, 71, an African from Guinea, is a figure of the first rank in today’s Church, who has risen to extraordinary notoriety and universal admiration thanks to a book he published last year that is both autobiography and spiritual mediation, in the style of the “Confessions,” entitled “Dieu ou rien,” God or nothing: 335,000 copies sold in thirteen languages:> A Pope from Black Africa (10.4.2015)And now Sarah is returning to the field with a major new book: “La force du silence,” the power of silence. It is edited, like the one before it, by Nicolas Diat and concludes with a poignant conversation between the cardinal and the abbot of the Grande Chartreuse in the French Alps, dom Dysmas de Lassus.The book goes on sale today, the feast of Saint Bruno, founder of Carthusian monasticism, for now only in a French edition by Fayard, but it will be released soon in Italian, English, and Spanish, published respectively by Cantagalli, Ignatius Press, and Palabra.“Contre la dictature du bruit,” against the dictatorship of noise, the subtitle says. And in effect the deafening noise of modern society, with has even penetrated into the Church, is the soundtrack of that “nothing” which is forgetfulness of God, the focus of the previous book.While vice versa it is only silence that allows one to “hear the music of God.“The reform of the reform will happen, the future of the Church is at stake”by Robert Sarah

At what point in the papal Mass did you receive the Precious Blood and thereby validate your concelebration?

Cardinal Sarah also has a swipe at that post-Conciliar shibboleth 'inculturation' when he deplores the lengthy and noisy Offertory processions, accompanied by dancing, which are common in Africa. His reference to 'folkloric exhibitions' is marvellously apt. Being African himself, he can get away with it.

The concelebrants who distributed Holy Communion communed ourselves after we distributed with hosts and Precious Blood consecrated on the papal altar but placed on tables in the Badilica where we returned our Hosts. This I suspect was illicit but valid for us to complete the Sacrifice.

The decline and secularization of the Church and the loss of faith will continue apace despite the good intentions and wisdom of men like Cardinal Sarah. The socio-cultural fix is in and nothing can be done about it.

It is amusing how white liberals, without batting an eye, will tell Africans, what is suitable to the Liturgy in Africa (and the US for that matter). One of the strongest proponents and celebrants of the EF is Chicago's Bishop Perry, an African-American. Some liberal needs to inform him that he is mistaken.

I look forward to reading this. It will be interesting if really does reject the Offeratory processional chicken dance. That is a hige favourite among the clergy in our diocese.

Thank you for the clarification. You have actually articulated the paradigm for the entire Novus Ordo Missae; it is valid but illicit. Valid in that it accomplishes, ceteris paribus, what the Church intends; illicit in that Paul VI did not have the authority to replace the Roman Rite with a new composition.

See if a liberal pope imposes a liturgy composed by committee which overturns over 1500 years old of tradition that is just dandy, but if a conservative (sane) pope reinstated the EF as the norm, and set aside the failed 50 year old committee job, that would a crime against nature. That's how it works in libtardom

Fr. McD said, "Yes at the Vatican Masses in St. Peter's and certainly in the Square, ... many are taking the Host home as a relic of their time in Rome as tourists."

It sickens me to think of the outrages Our Lord continues to suffer on a grand scale because of the behavior and disbelief of mankind. I can't avoid the image of Our Lord being captured by someone and taken to their home and put in a scrapbook and left there for untold years, before the person's family, when cleaning out their home after they die, throws Him in the common garbage, where He remains, I imagine, until the physical substance of the host disintegrates.

As a child during the pre-Vatican II days I remember one classmate discovered a small fragment of a host on her jacket after communion, and our religious sister cautioned us all not to touch it, and summoned the priest to come to take it for disposal, which he did.

I am only a common layperson, and so I don't know the fine points of whether Our Lord remains if a person takes a consecrated host home and puts it with other souvenirs, but I only hope He does not. I also don't know what happens if a person takes a consecrated host for nefarious reasons, such as for a black Mass, if Our Lord remains.

I guess what I do know is what I will spend my next holy hour before the Blessed Sacrament making reparation for....

I don't inow, either, Bee. But He remained on the Cross so I suspect He toughs these desicrations out, too. A shame, either way.