SHOULD FUNDAMENTALISM GET A BAD RAP IN THE CATHOLIC CHURCH? 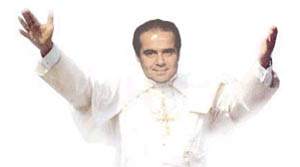 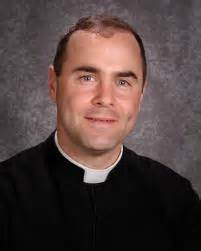 METAIRIE, La. (AP) — Supreme Court Justice Antonin Scalia said Saturday the idea of religious neutrality is not grounded in the country's constitutional traditions and that God has been good to the U.S. exactly because Americans honor him.

Scalia was speaking at a Catholic high school in the New Orleans suburb of Metairie, Louisiana.

Scalia, who was appointed by President Ronald Reagan in 1986 is the court's longest serving justice.
He has consistently been one of the court's more conservative members.

He told the audience at Archbishop Rummel High School that there is "no place" in the country's constitutional traditions for the idea that the state must be neutral between religion and its absence.
"To tell you the truth there is no place for that in our constitutional tradition. Where did that come from?" he said. "To be sure, you can't favor one denomination over another but can't favor religion over non-religion?"

He also said there is "nothing wrong" with the idea of presidents and others invoking God in speeches. He said God has been good to America because Americans have honored him.

Scalia said during the Sept. 11 attacks he was in Rome at a conference. The next morning, after a speech by President George W. Bush in which he invoked God and asked for his blessing, Scalia said many of the other judges approached him and said they wished their presidents or prime ministers would do the same.

"God has been very good to us. That we won the revolution was extraordinary. The Battle of Midway was extraordinary. I think one of the reasons God has been good to us is that we have done him honor. Unlike the other countries of the world that do not even invoke his name we do him honor. In presidential addresses, in Thanksgiving proclamations and in many other ways," Scalia said.

Scalia's comments Saturday come as the court prepares to hear arguments later this year in a case that challenges part of President Barack Obama's health care law and whether it adequately shields faith-based hospitals, colleges and charities from having to offer contraceptive coverage to their employees.

Scalia is often a lightning rod for controversy on the court.

In December he came under fire for comments he made during an affirmative action case, questioning whether some black students would benefit from going to a "slower-track school" instead of Texas' flagship campus in Austin.
Posted by Fr. Allan J. McDonald at Sunday, January 03, 2016

God bless Scalia and all who believe as he does.

'That we won the Revolution was extraordinary'. That God favoured one side over the other in what was essentially a civil war is a dubious supposition, although Oliver Cromwell would certainly have subscribed to it. You might as well argue that God favoured Catholic France and Spain, who went to war in support of the American rebels, over Protestant England; and you would then need to explain the Almighty's inconsistency in allowing the Protestant Powers (England and Prussia) to defeat the Catholic Powers (France and Austria) in the Seven Years' War (1756-1763).

It is not fanaticism to take up arms in defence of Christendom; we still commemorate, on 7 October, the annihilation of the Turkish fleet at Lepanto in 1571 (I don't think a recent pope has apologized for this one, but I won't hold my breath). No one doubted that the crusades, undertaken with papal sanction, were justified. In the 12th century the failure of the Second Crusade was seen by Bishop Otto of Freising, who took part in it, as punishment for our sins.

The success of the 'Patriots' in 1783, whose atrocities against their own countrymen have been airbrushed out of popular history, can be attributed to many causes, none of which involve God. And despite Protestant propaganda, the Spanish Armada was defeated in 1588 because the Protestant Elizabeth had better ships, better guns, better commanders and a more coherent strategy.

Someone in 1914 summed it up admirably:

God heard the embattled nations sing and shout
'Gott strafe England!' 'God save the King!'
'God this, God that, and God the other thing!'
'My God' (said God) 'I've got my work cut out.'