FORMER EPISCOPAL PRIEST NOW SOUTHERNER, MARRIED CATHOLIC PRIEST IN GREENVILLE, SOUTH CAROLINA, THAT STATE OF MY INFAMOUS EXTRAORDINARY FORM ACCIDENT ON TUESDAY, NAILS IT ABOUT PROGRESSIVES IN THE EPISCOPAL CHURCH AND THE CATHOLIC CHURCH TOO BY WAY OF MY EXTENSION

Interesting update from the Presiding Bishop of the Protestant Episcopal Church, USA. It gives you insights into this kind of thinking which as the old saying goes, "the road to hell is paved with good intentions":


I copy this from Fr. Dwight Longnecker's blog, a Catholic priest and pastor, married as allowed by the Ordinariate today, but the pastoral provision of Pope St. John Paul II in the early 1980's. He is building a marvelous new masterpiece church in Greenville. 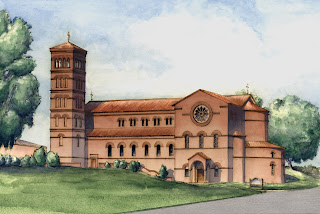 This link is a must read, a must read I say and it has ramifications for the Catholic Church to say the least:!!!!: « What Does the Episcopalian Suspension Mean? 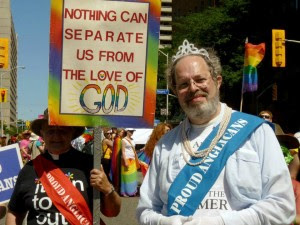 Did you think that perhaps the Episcopalians would respond with humility and repentance in the wake of their suspension from the Anglican Communion?

They have responded openly and bluntly with pride.

We could have predicted this.

In response to the suspension of the Episcopal Church from the Anglican Communion, immediately the Episcopalians play the victim card.


I’ll respond to the question I got from the reporter who called me this morning: What is my response to today’s statement?

Primarily pride. Pride that we have become a church where using the lives and vocations of our LGBT members as sacrificial lambs on the altar of global Anglican politics is no longer an option. And Pride that our Presiding Bishop made this statement to his fellow Primates:

She actually says that she responds with pride to the suspension and the irony of pride being one of the seven deadly sins never seems to occur to her.

It is necessary to try to get within the progressive Christian head. They actually believe themselves to be the prophetic “brave pioneers” willing to take risks and give all for their noble cause.
So Susan says,


What does it mean to Episcopalians to be “sanctioned” by a majority of the Primates of the Anglican Communion for refusing to treat our LGBT members as second class Christians? It means we’re willing to pay “the cost of discipleship” as we follow the Jesus who welcomed, blessed, included, empowered and loved absolutely everybody. It means we take seriously our call to be part of the Jesus Movement — proclaiming the Good News of God’s inclusive love to the world. It means we choose inclusion over exclusion, compassion over condemnation, and justice over judgment.

I predict that this will be the predominant Episcopal response and that after three years they will be rejected from the Anglican Communion permanently and continue their decline until they become a gay religious sect that claims to be Christian.
Posted by Fr. Allan J. McDonald at Friday, January 15, 2016

That picture really says it all. How can anyone be so blinded by self-righteousness?

I think the crucial factor in the Anglican decision was probably not the opposition of African bishops to gay marriage, but rather the authority wielded by the Uganda-born Archbishop of York, John Sentamu. He seems to occupy a position in the Anglican church similar to that of Cardinal Sarah in the Catholic church, and like him, has enough liberal opponents to prevent him ever getting the top job.

Pride comes before the fall.

Maybe the CCs own progressives can join them. They have no respect for Christ's commandments which were meant for all time. Sodomy is a grave sin as is adultery and must be confessed. LGBT community seem to think they are excluded from the seventh commandment. Is this because they cannot create another human being? Surely it is the act in itself that is sinful and our clergy (also Anglican Communion clergy) should be utterly opposed to anyone in their ranks supporting those who regularly & wilfully deny this to be an abomination in the eyes of God and demand to be given Holy Communion whilst living in the state of serious sin.