WHY BE CATHOLIC? Pius XI: “The Church's worst enemy is her own traitors" 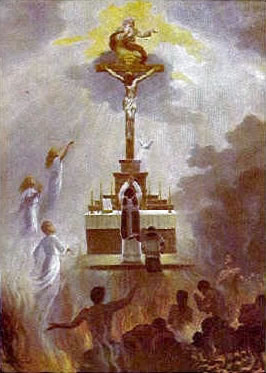 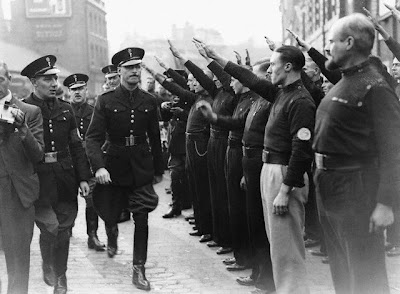 My Comments First: Progressive, liberal Catholic (i.e. traitors) are the worst enablers of sin by trying to take the sin out of sin and take the authority out of legitimate authority and consolidate it in the individual--the basis of original sin, trying to be God and with His knowledge.


When asked why he entered the Church, Chesterton, in a famous passage, replied: “To get rid of my sins.” The New Testament also makes it clear that this riddance of sins is the central purpose of redemption. Christ did not come so much to define what sins were – we have to be pretty obtuse not to have an inkling of what they are – but to forgive them.

He claimed this power, which was indeed a divine power. That claim scandalized the Jewish leaders who heard Him. But He was firm in His purpose. He proceeded to give His apostles in the Church power to continue this central purpose, but only in His name.

Christ’s coming, then, is a relief that we finally have some authentic way to get rid of our sins. The presumption is that we want to do so because we know the burden they impose on each of us. The “thou shalt not’s” of the commandments are pretty basic.

Chesterton also remarked that we are given these basic admonitions about what we should not do so that we would be free to do what we wanted to do if we did not have the burden of our sins.

Sin, even if we insist on calling it a good, which surprisingly many do these days, prevents us from doing what we want, from reaching the good we seek. Indeed, even in sinning, we seek a good, only we freely put it out of order.

We should never be overly surprised that people of all sorts, including ourselves, sin. Saddened perhaps, but not surprised. The Church exists that sins be forgiven within her. It restores one’s direct relation to God that is broken when we sin.

Christ never said that somewhere down the line He or someone else would figure out a way to prevent sinning. He gave us free will. The only way to eradicate sin would be to eradicate free will. “There can be collapses and repeated ruptures,” Joseph Ratzinger said in Salt of the Earth, “because redemption is always entrusted to the freedom of man, and God will never annul this freedom” The denial of sin, whatever sophisticated form it takes, is simply a lie.

So sinners are not the most dangerous thing in the Church. They are why the Church exists in the form that it does. It is sometimes said that, because we know we can be forgiven, we can sin freely. Christ Himself was pretty generous in the number of times we should forgive, but He was not encouraging the sinning.


Pius XI: “The Church's worst enemy is her own traitors.”

A real issue does exist, however, that is associated with such considerations. The Church can surely be said to have “enemies,” those who restrict her in every way, who set up other religious or ideological systems to replace or counteract her.

Many countries in the world, more than we suspect, including our own, have laws or decrees that exclude or restrict the freedom to practice or explain the faith. Such restrictions are quite unjust. They reveal some aspect of the mystery of iniquity, the mystery of the hatred of the good, of God.

Somewhere back in the 1930s, during the Spanish Civil War, and facing other issues in Germany and Italy, Pius XI asked this very question: “Who are the Church’s most dangerous enemies?” His answer was as follows:

The Church’s worst persecutors have been her own unfaithful bishops, priests, and religious. Opposition from outside is terrible; it gives us many martyrs. But the Church’s worst enemy is her own traitors.

Why is this, we wonder? The mission of the Church ad extra has much to do with the witness to the truth by Christians themselves, especially those in high places, both clergy and laity.

In an analogous manner, John Paul II remarked to European bishops in 1982 that “the crises of European man and of Europe are crises and temptations of Christianity and of the Church in Europe.” We are wont to think that the drama of the world takes place outside of the redemptive plan of God. It doesn’t.

C. S. Lewis remarked, in Mere Christianity, I think, that the greatest evil we can do is to call what is evil good and what is good evil. It does not matter whether this calling is shrouded in the form of relativism, diversity theory, or the will to power. The effect is the same.

In the end, we now call, by various sophisticated names, what is evil good. We make laws to justify this reversal of good and evil, which, as such, do not change. We penalize those who hold that the “thou shalt not’s” are correct.

But the key point remains: the “enablers” who justify and make evil possible by their own disordered souls. Repentance remains the only way to stop this reversal, repentance and, as Benedict says, judgment.

James V. Schall, S.J., a professor at Georgetown University, is one of the most prolific Catholic writers in America. His most recent books are The Mind That Is Catholic and The Modern Age.

The photo is of Oswald Mosely, a British fascist. If you or any of your readers are fans of "Jeeves and Wooster" ... then you've seen Wodehouse's characature of Mosely in the character Roderick Spode, later the Seventh Earl of Sidcup.

"[wiki]...Spode was at first an 'amateur dictator' who led a farcical group of fascists called the Saviours of England, better known as the Black Shorts. Spode adopted black shorts as a uniform because, according to Gussie Fink-Nottle in The Code of the Woosters, "by the time Spode formed his association, there were no shirts left", (alluding to various fascist or right-wing groups – Mussolini's Blackshirts, Hitler's brownshirts, the Irish Blueshirts and Greenshirts, the South African Greyshirts, Mexico's Gold shirts, and the American Silver Shirts).

Oh goody, a deleted comment that's not mine. LOL

I have a question, can a commenter delete his own comments because I did not delete Dr. Millies comment, so this is new to me, can one apart from me delete their own comment?

I did delete, and seemingly can. Nothing to hide. I just don't want to fight on more than one front. I'm trying to keep organized.

Yes, Father, anyone can delete a comment they make...for whatever reason they choose!

You learn something new everyday, I did not know ya'll could delete your own comments once posted. So not all deleted comments are from me, although some are, but these would not make it to the comment section. But I have deleted comments sometimes by accident hitting the wrong "button."