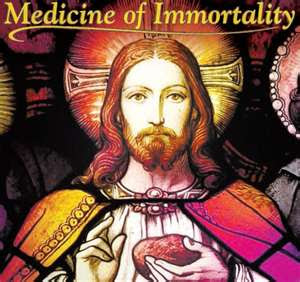 It's Catholic identity stupid! The Reform of the Reform of the Ordinary Form of the Mass has to go beyond the Mass to the whole panoply of Catholicism and finding the "Baby" that was tossed out with the bathwater.

At one time and not too long ago, within my living memory, and of course I am oh so young, there was a clear Catholic identity that Catholics certainly knew what that identity was and also non-Catholics.

Catholics were fish eaters, meaning they abstained every Friday of the year. They went to Mass every Sunday. They were virgins when they got married and they didn't divorce. They didn't practice birth control and they were obedient to the Church, meaning the Magisterium of the Church and exclusively in the areas of faith, morals and Church precepts (canon law). They had a strong Catholic conscience which meant that they had a lot of Catholic guilt and relieved that guilt and the punishment due their sins by going to confession regularly. They truly believed in judgment, heaven, hell and purgatory and were grateful to the Church of the gifts of indulgences that would lessen their experience of purgatory after death or could help their brothers and sisters in the fires of purgatory.

Anything missing there? Oh, yes, they believe in the Triune God, Jesus Christ the judge of the living and the dead, in His mother, Mary most Holy and all the angels and saints. They believed in the real and literal presence of Christ in the Most Blessed Sacrament and their Church view was not congregational or horizontal but worldwide and vertical. The transcendent God outranked community and the exaltation of the human Church. Reform was not their God, Church organization and lay participation was not their God, and Vatican II wasn't their God, God was their God and fidelity to Him was their goal for the alternative, infidelity to God on the personal or corporate level would be damnation in the eternal fires of hell.

Catholic identity was built upon a deep sense of loyalty and obligation to God and, family, neighbor and country.

Of course all of this developed from two aspects of every Catholic's prayer life, the public, which included Mass every Sunday, Benediction of the Blessed Sacrament regularly, popular public devotions and novenas, missions, and personal prayer before the Blessed Sacrament in Churches that were always open, the Holy Rosary and sundry other popular private devotions and novenas.

Catholics also promoted vocations from their big and small families and participated in the various apostolates of the Church often called Catholic Action to assist the poor and promote healthy political awareness.

The way they would do this is to corrupt the Mass of Pope Paul VI, destroy popular devotions, denigrate obedience to the Magisterium of the Church in the areas of faith, morals and Church precepts and become libertines when it comes to sexuality, contraception, abortion and divorce.

So what do we recover in the reform of the reform? Well everything below flows from the recovery of the meaning of TRUE LOVE, true love of God and neighbor. This means tossing out the ideology of love as a feeling, especially a sexual feeling, and recovery of love as calling people to God, His Church and His truth. It means helping people to stay close to God and not ENABLING people to be happy in their immoral life-choices that go against the faith, morals and precepts of the Church. Love does not mean embracing sin or the sinner's immoral lifestyle. It does mean calling them to conversion, repentance and the hard choices that both entail. In the traditional sense it means quite literally: LOVING THE SINNER AND HATING THE SIN BUT LOVING GOD FIRST! THE CLEAREST SIGN THAT ONE HAS LOST THEIR CATHOLIC IDENTITY IS WHEN THEY CAN'T DISTINGUISH BETWEEN THE SIN AND THE SINNER!

1. For the Mass: the use of more Latin, Gregorian Chant, ad orientem and good taste in the Liturgy and Church architecture. Keep the reform of more active participation but coupled with interior spirituality based upon Catholic sensibilities.

2. Recover popular devotions both private and public, such as Benediction, Novenas, the Holy Rosary and the like, but also continue to make better use of the Liturgy of the Hours for the laity.

4. Emphasize traditional Catholic families and be counter-cultural in terms of the politically correct number of children Catholics should have and teach that children are a gift from God to be embraced not a disease to be eliminated.

5. Emphasize that the Catholic family is the Church in miniature, that the Father is the head of the family and its "pastor" or good shepherd. That he is the bridegroom and to imitate Jesus Christ in that regard and that His bride represents the Church and that through her they beget spiritual children for the Kingdom of God. That like Christ who will lay down His life for His bride and never abandon or divorce her, so too the married couple must have the same fidelity.

6. Acts of penance must return both public and private built around regular confession, indulgences, meatless Fridays and added days of fasting and praying (ember days).

7. Chasity as it pertains to one's state in life, married, single, in religious life or Holy Orders.

8. Healthy suspicion of interfaith dialogue, ecumenical relations and openness to secularism but viewing all of these as an opportunity to bring true Catholicism to the public square which is diverse and where the laity and the clergy, well versed in strong Catholic identity can dialogue but without giving up any aspect of their Faith, Morals and Canon Law.

I only want to say "AMEN!!" If you have never seen it, Fisheaters is a great catholic website with information on all the very things you share about in this great post.
We are blessed to have you as our pastor!
NH

I wonder whether anyone can foresee the reform you describe occurring as a natural development, based only on salutary example and exhortation, starting with the condition the Church is in now. After all, the present situation was a sudden development, occurring abruptly in a handful of years as a result of a singular historical event. Would not its expeditious rectification require similarly a singular intervention, such as a mandated return to the Rubricae generales and Ritus servandus of the usus antiquor (whether with old or new Missale texts)? I personally wonder whether this can be foreseen, short of a pope who (at least in effect) says

I will be known as Gregory Leo Pius I

THAT'S what I'm talking about!

May it all come to pass, and soon.

The uncompromising identity you write about can still be found in small pockets of a few Catholic parishes and at most SSPX parishes, which is why we need to pray that the complete recognition of the SSPX happens and happens soon. The Church needs them.

I ENJOY the experience of being a Catholic.

Argh! I was born in 1951, and brought up by Catholic parents to be firm in the Faith. As soon as I could walk I was taken with my younger brother by my father to the Sunday Missa Cantata at our local parish church and at the age of eight was serving Mass. "Ad Deum qui laetificat juventutem meam"! Sunday afternoons was Rosary, Sermon and Benediction, with the hymns from the Westminster Hymnal.

As soon as I got into my teens, everything started to change. Ecumenism didn't bother me, since my old-established Grammar School had close links with the CofE which in those days had a dignified liturgy. But bit by bit I came to resent the fact that my own Church was ordering me to worship in a way I didn't feel comfortable with.

I now rarely miss Mass on Sundays, but have to travel to find (EF or OF) anything which is acceptable. I am quite skilled in Gregorian Chant but local parishes don't want anything to do with it.

The 12:10 Mass today at St. Joseph was precisely what is needed in the Church. I think we all recognize that a complete abrogation of the Novus Ordo followed by a complete return to the Tridentine Mass is unlikely. In that case, Masses like today's are perfect.

Many were singing with gusto the Asperges and the Gloria in Latin (less so the Credo, to be honest - might be best to keep that in English). I would be interested if anyone was "put off" by the ad orientem worship during the Canon.

Even I, a staunch advocate against lay readers, was less put off by the reader today in the greater context of the Mass.

Just a fantastic Mass that included the normal 12:10 Mass goers, as well as some who normally travel to the FSSP parish. It may just be the perfect compromise to unite the regular Mass goers and the more Traditional leaning Catholics under one umbrella. I am not a big proponent of the "Reform of the Reform" as I have articulated in these comments before. However, today's Mass was a Mass I would happily live with week after week (unless an FSSP parish opens up next door).

Kudos to Fr. McDonald. I hope you get enough good reaction to think about continuing this practice at the 12:10 Mass on a weekly basis.

Marc, I heard the people singing all the parts except the Credo, which is no where in our hymnal to be found. It is Credo III and our new hymnal has it and the other parts of the Latin Mass we sing. I thought it was glorious and I absolutely love the EF Asperges as a prelude to the Mass. I absolutely dispise the reformed one that takes place during Mass in place of the Penitential Act. It felt to me like the "prayers at the Foot of the Altar" and we still got to pray the Confiteor, etc.