THIS AGING BELGIUM CARDINAL JUST DOESN'T GET IT AND IT IS BREATH-TAKING! 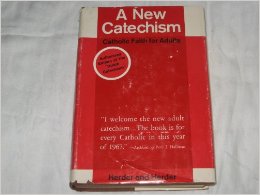 What happened in Belgium and other parts of Europe after Vatican II  in part can be blamed upon the secularism that took these countries by wildfire.

The retired Cardinal of Belgium, Godfried Danneels in a recent interview unbelievably predicts that what happened to Belgium on his watch will happen in Africa sooner or later (he hopes sooner, it appears). He blames secularism that took young people after Vatican II away from the Church. He says these young people were brought up by conservative pre-Vatican II parents. Where the good cardinal is in complete denial, though, is that these rebellious young people were aided and abetted by the hierarchies of these countries. The interpretations of Vatican II completely abandoned historic Catholicism and it was taught by cardinals, bishops, priests and religious.

They promoted a hermeneutic of rupture as it concerns the Catholic Church. They let the secularists infiltrate the Church and lead the anarchy. Pope Saint John Paul II went to these areas of Europe and tried desperately to bring them back from the abyss Think of the Dutch Catechism!.  They did not listen and continue to spew forth even to this day the very poison that has nearly killed them to the rest of the world. Just think about the recent synod on the marriage and the family. And think about this cardinal, his new successor and what so many want the Church to do today.

Triumphalism is not the problem of Africa!

Cardinal Godfried Danneels is either being provocative, sarcastic or joking!

Advising “everyone to steer clear of all forms of triumphalism and claims to self-sufficiency,” the retired archbishop of Mechelen-Brussels said:

Some African bishops tell us: you are pagans. You wiped everything out. But I remember Belgium being full of vocations, there were huge seminaries and novitiates being built up until the 60s. Christian families did everything they could to give their children a sense of belonging in the Church. (My comment: Is is joking???? Belgium was a wonderful place until the radicals in the Church destroyed it all in the name of the "spirit" of Vatican II! They grossly misinterpreted the Council and continue to this day to import to the rest of the world their ideologies that destroyed their Church! It is to laugh if it wasn't so sad! Cardinal Danneels is having a senior moment or a Freudian moment. It hits the nail on the head as it concerns what happened to the Church on his watch yet takes no responsibility for it and castigates the Africans who aren't taking his route in the least!)

But we started seeing the faith dwindling in boys and girls aged 17-20. This wounded them it caused great suffering. Is it right to say it was their fault and that the parents were not good Christians? No, that’s not the case. The act of becoming Christians and persevering in the faith remains a mystery and is not the result of some educational or sociological mechanism. It seems to me that all the talk about “robust” Churches that should save the rest of Catholicism, is for the purpose of ecclesiastical politics. The abstractness of it is striking.

European Churches have been overrun by the effects of secularization that have also led to rising individualism. But this very individualism could reach Africa sooner or later: that phenomenon that sees people thinking of themselves as individuals rather than as members of a group, a community, or a mass. It is possible that the crisis we have had will spread there too, with all that this entails. Africans may also experience a situation similar to ours. Then they might call us up to see how we dealt with it. To get some useful tips. (I am breathless at such arrogance coming from an aging Cardinal who just doesn't get it! It would be funny if not so sad! I am crying not laughing!)

We are most blessed to read your words of wisdom, however too often there are typographical errors and even confusing sentences, we do not know who is saying, what. Please, please proof read your articles before posting. For charity sake. Perhaps you might consider the format of Father Zuhlsdorf.

My own Italian nona would have said, "don't be a testa dura!!"

Anon @7:21. Absolutely! Anyone who cannot see this is in brain-dead denial.

I've just been proofreading (that's one word, by the way) your comment. The commas after 'wisdom' and 'sentences' need to be replaced by semicolons. A comma is required after 'however'; however, the comma after 'saying' shouldn't be there. 'Charity' I assume to be a typographical error for 'clarity', and it needs an 'apostrophe s' to denote possession. Finally, exclamation marks should never be doubled.

Have Daneels take a look at Belgium and Brussels in particular, Muslims constitute over 40% of the capital, think about that for a minute Brussels in 1961 was 99% Roman Catholic. That is enough to scare the life out of all of us!!!

Anonymous said at 9:25 PM that Brussels was 99% Roman Catholic in 1961 and that is correct, churches, convents, seminaries were all packed in Catholic Belgium prior to Vatican II and now look at Belgium, Muslims everywhere walking on the streets of the capital all you see are women wearing headscarves, men in long robes, scull caps, long beards you would think it was a picture of Morocco where most of Belgium's Muslim invaders come from, I weep for once Roman Catholic Europe in particular the Eldest Daughter of the Church France, once solidly Roman Catholic, now with a Muslim population of over SEVEN MILLION AND COUNTING!!!

Daneels is a heretic and the Catholic Church in Belguim will be better off when loons like him go to their "reward."