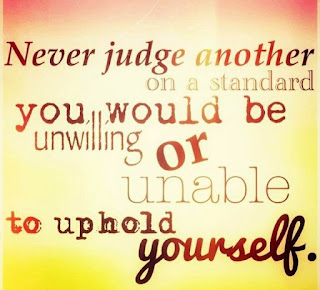 This is an article from Commonweal which hits the nail on the head. One wonders what planet Vatican curia officials are living on when they do this sort of thing. And one wonders where the press is in chastising Pope Francis for allowing it. You had better believe the outrage and regular rage that would have been directed toward Pope Benedict if this were happening on his watch:

A blog by the magazine's editors and contributors

Vatican's disaster in the making: probe of journalists

One of the many interesting things about the new movie Spotlight is that it shows how slow the Boston Globe was to chase the story that it ultimately published in 2002 about the systematic coverup of  clergy sexual abuse in the Boston archdiocese. The newspaper had gotten similar information five years earlier, it turned out, but editors who either felt a connection to the Catholic Church or were otherwise reluctant to offend a mostly Catholic readership had edged it aside. Under the leadership of a new editor, the paper sought and reported the truth.

This comes to mind as the Vatican pursues the disastrous course of criminally investigating two Italian journalists who wrote books based on documents leaked from the Vatican. What is this but an effort to intimidate journalists from reporting the truth?

Respect for a free press -- a media free to report the truth -- requires that news reporters not be coerced into giving up their confidential sources. Most states in the United States have shield laws that offer reporters some measure of protection. There is a great need for a federal version of that law, but even without it, procedures the Justice Department has in place make it unusual for reporters to be subpoenaed -- much less placed under criminal investigation themselves for reporting the news. Italy also has protections for reporters. Vatican City does not.

There have been many fine Vatican statements about the duty of the news media to seek the truth, including addresses by Pope Francis, but they don't mean much if the church is going to be bent on criminalizing investigative reporting. The Vatican should stop  this investigation immediately. If it can't do so for the right reason -- to respect the role of a free press -- then it should consider the public relations disaster that would develop if it files criminal charges against these journalists.
Posted by Fr. Allan J. McDonald at Wednesday, November 18, 2015

Ah, so the media IS capable of spotting a double standard!

But only when it's their ox getting gored.

I wonder how many stories that would damage the reputation of Democrats or prominent left-wing icons end up on the editor's cutting room floor for the same reason now being condemned in the Boston Globe's decision to stall their scoop on the child and teen abuse scandal?

If the reporters broke the laws, they should be investigated.

I hope that the following isn't off topic...although my comments apply to the Pope (and Papacy) and media.

Vatican II issued the DECREE ON THE MEDIA OF SOCIAL COMMUNICATIONS. Vatican II teaches that "among the wonderful technological discoveries which men of talent, especially in the present era, have made with God's help, the Church welcomes and promotes with special interest those which have a most direct relation to men's minds and which have uncovered new avenues of communicating most readily news, views and teachings of every sort.

"The most important of these inventions are those media which, such as the press, movies, radio, television and the like, can, of their very nature, reach and influence, not only individuals, but the very masses and the whole of human society, and thus can rightly be called the media of social communication.

"The Church recognizes that these media, if properly utilized, can be of great service to mankind, since they greatly contribute to men's entertainment and instruction as well as to the spread and support of the Kingdom of God."

Now, onto His Holiness Pope Francis...

Pope Francis has said that he hasn't watched television is 25 years. He reads just one newspaper (La Repubblica)...spends just 10 minutes each day reading the paper.

The Pope has chided the world's relentless attachment to hand-held electronic devices. From children to adults, everybody walks around talking into cell phones, texting...children bury their heads into devices to play electronic games.

In many ways, I am on the Pope's side in regard to the above. I cancelled subscription TV. I have all but stopped watching TV. I haven't watched Prime Time shows in years. I stopped watching violent sports...and won't turn on the TV on Sundays. When I wish to watch Catholic programs, I go on line to EWTN. I haven't been inside a movie theater in about 25 years.

But I utilize the Internet. I obtain news from online sources...so-called liberal, conservative, moderate...left-wing, right-wing. I read some Catholic blogs. I haven't cut myself off completely from "the world" in the above sense. But should I do so...big deal. I am a nobody.

But I wonder whether given today's, if you will, job description of the Papacy, it's advisable for a Pope to be out of touch (or virtually so) with the means of social communication?

For that matter, is it advisable for Cardinals, bishops, and priests to fashion themselves after Pope Francis in regard to his seeming disinterest in television, Internet...technology?

For example, many Cardinals, bishops, and priests have recognized the tremendous power of the Internet and blogs. Should not a Pope take advantage of the Internet?

Via, for example, a blog, Pope Francis could bypass the spinmeisters (news media types). He could take directly his message to people. He could offer direct video communication to the Faithful and world.

There are many ways that Pope Francis could utilize to his (and the Church's) benefit the means of social communication. One can find via television/Internet that which educates, informs...even
wholesome entertainment can be found.

Again, cutting one's self off from the garbage world of popular entertainment is understandable. But during the past 25 years of not having watched TV (nor utilized the Internet), Pope Francis had cut himself off from Catholic religious programs, news, and information.

Is there a downside to a Pope (or Cardinal, bishop, or priest) who is out of the loop in regard to TV, Internet, the print world (well, he spend 10 minutes daily reading one newspaper)...technology?

In today's world, do we need a Pope who is engaged with TV, Internet, print...with technology? Does Vatican II's DECREE ON THE MEDIA OF SOCIAL COMMUNICATIONS have any meaning to Pope Francis?