I DIDN'T REALIZE THIS UNTIL I READ ALL OF FR. Z'S COMMENTS ON THIS SUNDAY'S ENGLISH TRANSALTION OF THE OPENING COLLECT 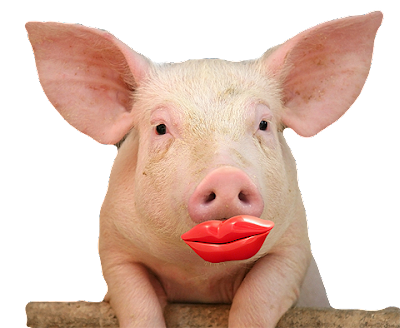 At any rate it just so happens to be the same collect for the Ordinary Form Mass for the 5th Sunday of Ordinary Time.

I give you the three translations for you to compare.

Privately translated for the EF Mass:

KEEP THY family, we beseech Thee, O Lord, with Thy continual mercy that, leaning only upon the hope of Thy heavenly grace, it may ever be defended by Thy protection.

The lame duck 1973 version of this same collect but for the Ordinary Mass:

Father, watch over your family
and keep us safe in your care,
for all our hope is in you.

The 2010 translation of the same prayer which will be instituted next year for the 5th Sunday in the Ordinary Form Mass:

Keep your family safe, O Lord, with unfailing care,
that, relying solely on the hope of heavenly grace,
they may be defended always by your protection.

Guard your family, we beseech you, O Lord,
with continual mercy,
so that that (family) which is propping itself up upon the sole hope of heavenly grace
may always be defended by your protection.

What is obvious is how badly translated the 1973 Roman Missal in English really is.

Some will say that Rome could have provided an even better translation than what the 2010 will give us and that if the process of translating was more open and democratic, we would have gotten it. I doubt that.

At any rate, what we are getting will be superior. It may well have to be polished off a bit more in subsequently reissued Roman Missals, but we have a much better template with the 2010 then we had with the 1973. Yikes to the 1973 one!
Posted by Fr. Allan J. McDonald at Saturday, February 05, 2011

That reminds me ... with the upcoming improved translations to the Mass coming up, I want to know -- is there going to be a new translation of the Liturgy of the Hours, especially since the concluding prayers for most Sundays and feast days are the same as the Opening Collect in the Mass for those same days?

While God indeed does know what our thoughts,intentions, and hearts are saying regardless of the words chosen, it is also true that WE need word-precision to receive the message God is trying to convey to us in our prayers to Him.


Lipstick on a pig...
Perhaps I'm slow, but I see no pig here.
All 3 of the translations are inherently NOT pork...IMHO.
Perhaps we're actually polishing gold to a higher and higher luster.

Dave, that's a good question. Yes it will have to be updated but when I don't know. I haven't heard anything about that, but all the liturgies need updating, for example the ritual book for the Sick needs updating as well as for marriage. So we will be in an awkward time when the Liturgy of the hours will have the older version of prayers, but with a little trouble, one could get the proper translation from the Missal or internet.